As her parents gear up for their trial, Olivia Jade's life seems pretty much back to normal.

Olivia revealed her slender physique in a cobalt blue two-piece gym outfit which showed off her flat stomach. 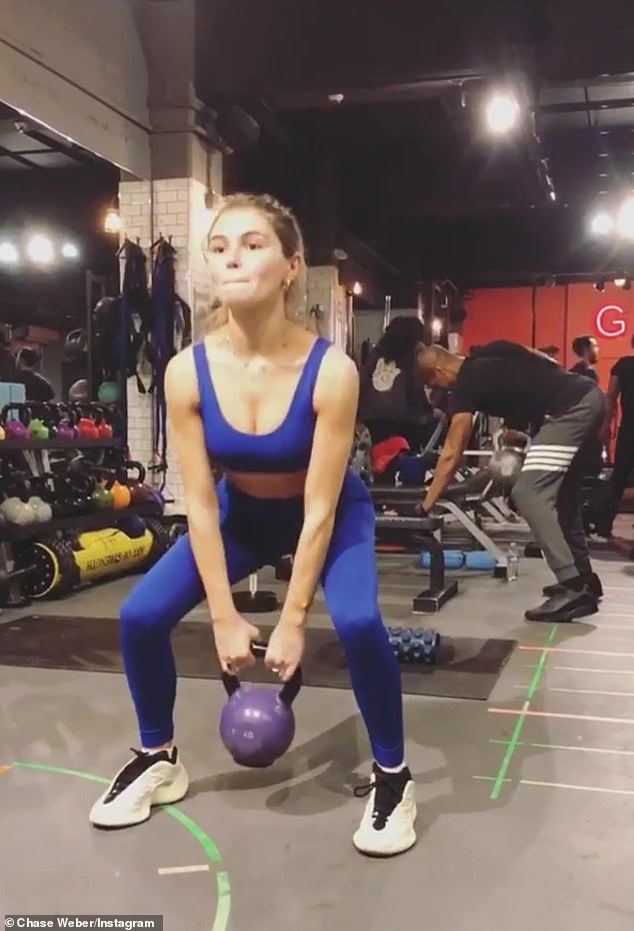 The video clips showed Olivia performing a plank and lifting a kettlebell while doing squats.

Meanwhile, Olivia's mom Lori and her husband, Mossimo Giannulli, have been accused of paying $500,000 to get Olivia and her 21-year-old sister Bella admitted to the University of Southern California.

Last week their lawyer Sean Berkowitz said there is new evidence that they are innocent.

This has made Loughlin 'hopeful' that she may be exonerated.

'Lori is feeling motivated and ready to fight and has a renewed sense of hope with the recent evidence,' a source told Us Weekly. 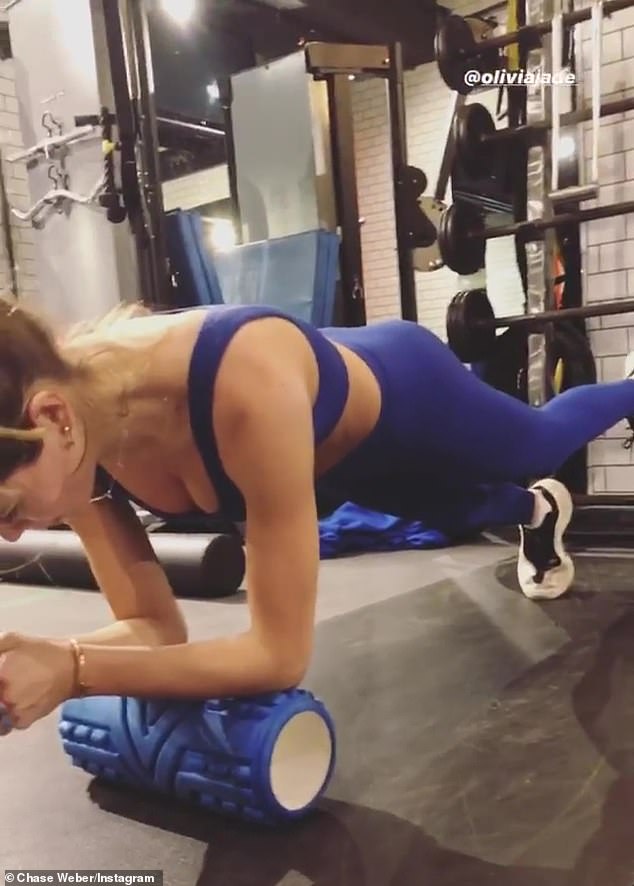 Strength: She also did some moves with a kettlebell

'Singer's notes indicate that FBI agents yelled at him and instructed him to lie by saying that he told his clients who participated in the in the alleged 'side door' scheme that their payments were bribes, rather than legitimate donations that went to the schools,' Berkowitz claimed.

PREV Married At First Sight topples the news in the ratings amid coronavirus
NEXT Hugh Jackman dons a face mask while riding his bike in New York City amid ...