'It is really traumatic': The awkward moment Cassandra Thorburn is asked about the pain of a partner moving on first... as her ex-husband Karl Stefanovic prepares to welcome his first child with new wife Jasmine

Things got awkward when Cassandra Thorburn was doing the promotional rounds for her new podcast Divorce Story: Surviving Separation on Wednesday.

During an interview on The Daily Edition, the 48-year-old journalist was presented with a loaded question from host Sally Obermeder, who asked: 'Do you think for women, the grief and pain is worse if the other party moves on first? Or is it less if you move on first?

Cassandra said the pain of divorce is 'the same for everyone' no matter which partner moves on first, as her ex-husband Karl Stefanovic is now expecting a baby with designer Jasmine Yarbrough. 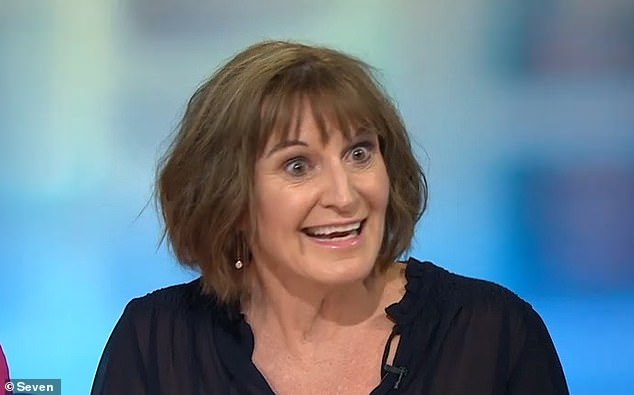 'It is really traumatic':  Karl Stefanovic's ex Cassandra Thorburn (pictured) said divorce is the 'same for everyone' no matter which partner moves on first, during an interview on the Daily Edition on Wednesday

'I think it's the same for everyone. What about your friend? He spoke to us when he was left and his feeling,' Cassandra continued, palming off the question to her podcast co-host Annaliese Dent.

'Part of this is relaunching yourself again, isn't it? Getting out there and dating and moving on? How are you going in that process?' he asked.

Cassandra cheekily hit back: 'Are you asking me out?'

'I am happily spoken for!' Ryan replied, laughing along with his co-host Sally.

'Spoken for? Don't speak for yourself!' Cassandra

Dynamo, 37, says his 'tough start in life' is helping him battle through ...