Is this TV's most inked Bachelor star? See ALL of Locklan Gilbert's extensive tattoo collection

Survivor star Locklan 'Locky' Gilbert is set to take on one of TV's biggest roles as Australia's next Bachelor.

And it appears Channel Ten is moving away from their usual clean-cut casting by choosing the 30-year-old reality star.

Locky is the most inked up Bachelor in the history of the Australian version of the franchise, thanks to his huge tattoo collection. 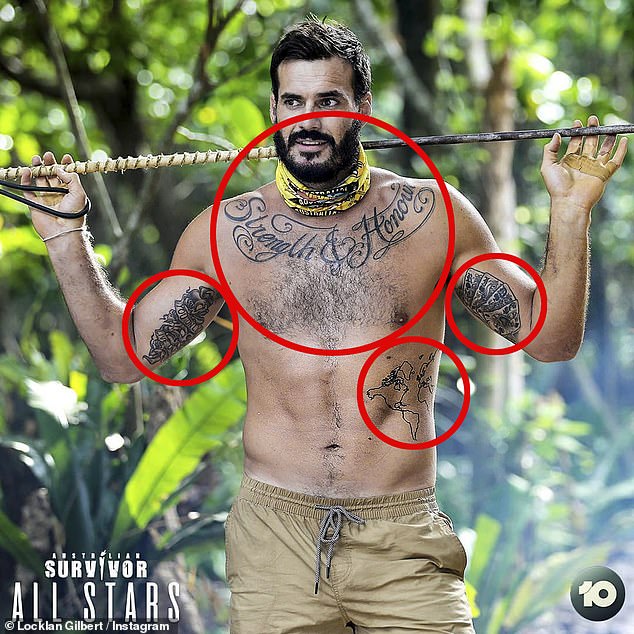 REVEALED: Is this TV's most inked Bachelor? See all of Locklan Gilbert's extensive tattoo collection as he prepares to embark on filming the new season of the reality dating show

The adventure business owner has the words 'Strength and Honour' in cursive script inked across the length of his collarbones.

Locklan, who also has a love of travel, also has a map of the world scrawled across his rib cage.

Keeping things a little more local, he has an outline of Australia and the Southern Cross on his shoulder. 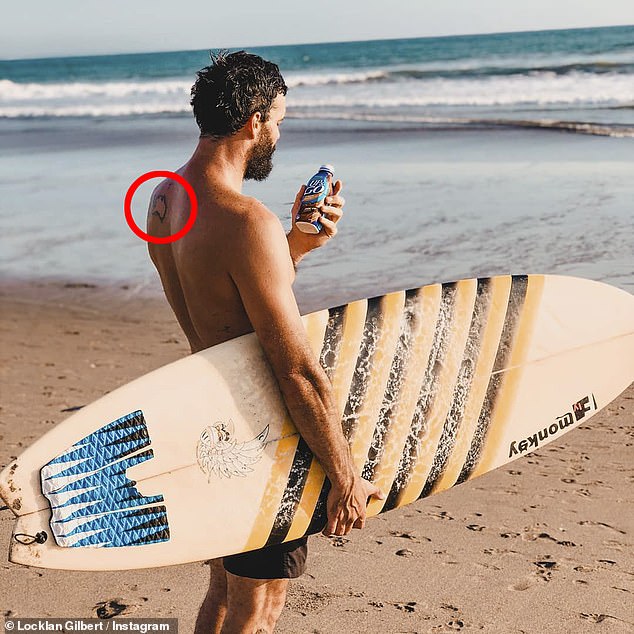 Aussie, Aussie, Aussie:  Keeping things a little more local, Locky has an outline of Australia and the southern cross on his shoulder

Elsewhere, the lover of adventure has a row of playing cards - a royal flush - on his bicep.

On the opposite bicep, another design which reads 'You Only Live Once' is etched into his skin, as well as another tattoo on his upper arm in