Married At First Sight's Ivan Sarakula has confirmed he reunited with Aleks Markovic off camera after they quit the experiment in scenes filmed in November.

The 30-year-old real estate agent told TV Week on Monday they were in a good place after breaking up half-way through the season.

'We had a little bit of a break to reassess and re-establish things - and there was still a question from Aleks about romance,' he said. 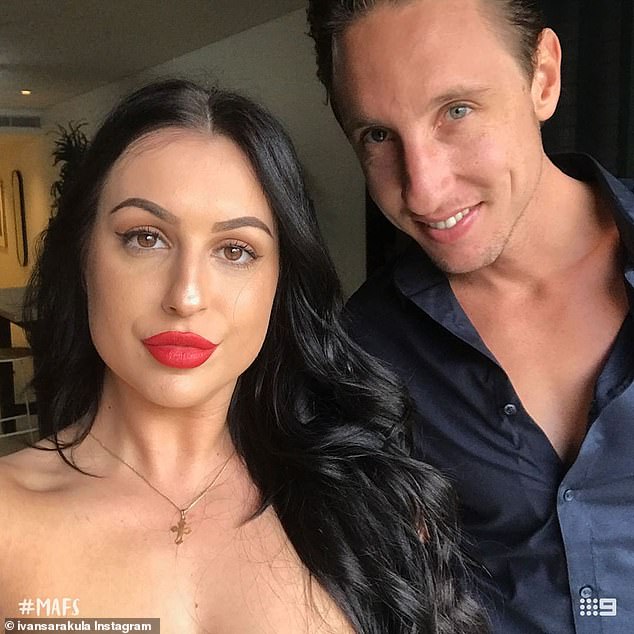 Back together... but it didn't last: MAFS' Ivan Sarakula has confirmed he reunited with Aleks Markovic off camera after they quit the experiment in scenes filmed in November

Ivan then confirmed he and Aleks had decided to 'pick things up' again because they 'missed what [they] had'.

While the couple did indeed reconcile in late December after breaking up the previous month, Ivan forgot to add an important postscript to the story.

They split again just after Valentine's Day - this time for good - and it was reportedly Ivan's decision to call time on their relationship. Speaking out: Ivan told TV Week on Monday they were in a good place after breaking up earlier in the season - but he failed to mentioned they'd actually split for a second time in February

A source told Daily Mail Australia earlier this month: 'It was Ivan's decision to end things and he dumped Aleks out of the blue. He didn't want to be with her

PREV Charlie Brooker is taking a break from Black Mirror as audiences could not ...
NEXT SEBASTIAN SHAKESPEARE: BBC's Sir Humphrey Burton lays bare the secrets of ...

Lisbon to betray The Professor in devastating twist #MoneyHeist