Channel Seven has received less-than-positive feedback for its new coronavirus  campaign titled All in this Together.

In the promo, Seven stars including Sam Armytage, David Koch, Manu Feildel and Sonia Kruger share words of encouragement from their homes.

'A message from our family to yours in this difficult time. Remember, we're in this together', the network wrote on social media while launching the campaign on March 23.

However, several Reddit users were left unimpressed and described the saccharine promo as condescending, cheesy and tone-deaf.

'We're all in this together, they say. With their jobs, and their five-bedroom houses, and their uninterrupted supply of disposable income,' one person complained.

Another added: 'It would make me feel better if the celebs were actually donating money to organisations and people in need instead of sitting on their wealth and saying, "We're here for you."' 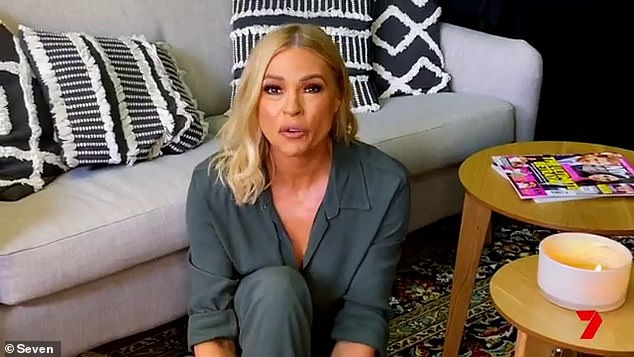 Backlash: Viewers have slammed Channel 7 for airing 'cheesy, condescending' coronavirus promo featuring celebrities claiming 'we're all in this together' from inside their mansions. Pictured: Sonia Kruger in the promo

Other viewers pointed out that, while TV stars are almost guaranteed to keep their jobs after the