Fans notice a bizarre detail in Married At First Sight bride Natasha Spencer's latest bikini photo... so can you tell what's wrong with it?

She sent fans wild by unveiling her 10kg weight loss earlier this week.

But Married At First Sight's Natasha Spencer had people talking for a different reason on Wednesday, after she uploaded a rather perplexing photo to Instagram.

In the image, the brunette, 26, seductively modelled a tangerine bikini while lounging on the side of wharf. 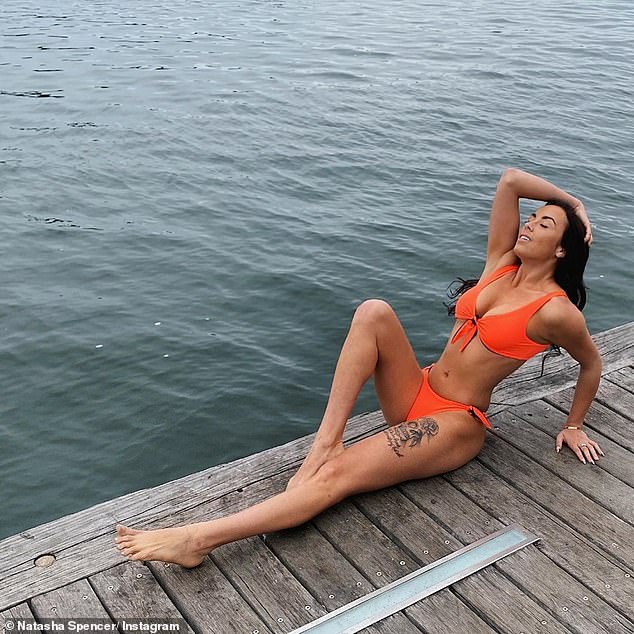 Did you spot it? Married At First Sight's Natasha Spencer, 26, raised eyebrows on Wednesday after fans noticed a bizarre detail in this raunchy Instagram photo

However, fans quickly noticed that the planks of wood behind her waist and left arm were bizarrely warped out of shape.

Unnaturally twisted lines are a common give-away sign that a photo has been edited using programs such as Photoshop, to make surrounding objects appear smaller or larger.

It comes after the reality star revealed she's lost an incredible 10kg since filming wrapped in January. 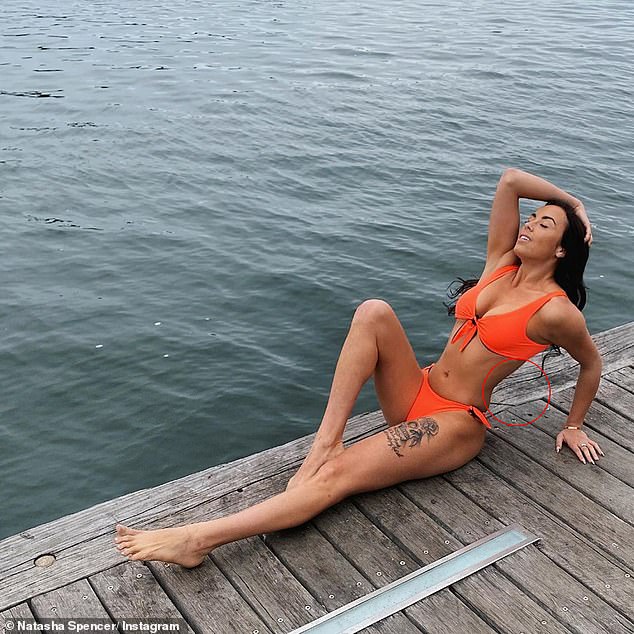 Speaking to NW magazine on Monday, Natasha claimed she gained 5kg from appearing on the controversial TV series and found it difficult to shed the kilos.

'When you're stressed your body