Curtis Stigers should have been spending this week getting ready for a UK tour with Barry Manilow.

Instead, the jazz singer and saxophonist has been self-isolating at home in Idaho, with his May and June arena dates tentatively rescheduled for August and September.

He’s been keeping busy, though. In addition to proving his Anglophile credentials by posting a witty version of comedian Matt Lucas’s Baked Potato Song on Twitter, he’s been finishing a new album. He even made a last-minute change by adding the timely bonus track Shut-Ins. 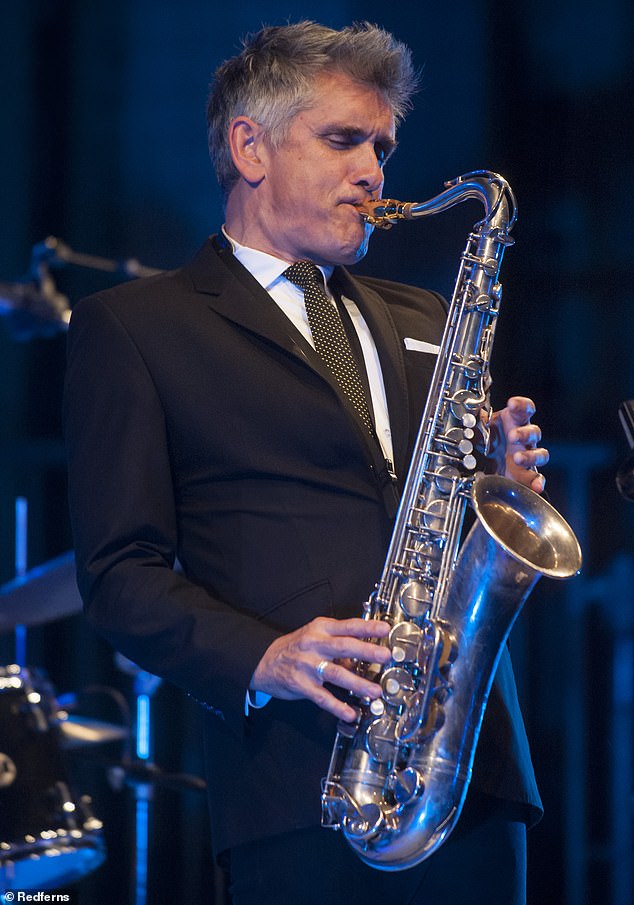 Curtis Stigers, 54, said that Gentleman’s thoughtful undercurrents was inspired partly by empty-nest syndrome and partly by his view of masculinity

Stigers came to jazz via the scenic route, starting out as a rock drummer who sang swing standards in a hotel lobby. He’s best known for his blue-eyed soul hits I Wonder Why and You’re All That Matters To Me — and sax solos that flowed as lavishly as his long locks did back in the early 1990s.

But he hasn’t looked back since cutting his hair, donning a dinner jacket and switching to crooning in 2001.

His latest album sticks to smooth jazz tradition, but its catchy mix of covers and originals frames him as a modern master of what Tony Bennett calls the art of intimate singing. ‘It’s a good Sunday listen,’ says Stigers — and he’s right.

The singer, 54, adds that Gentleman’s thoughtful undercurrents was inspired partly by empty-nest syndrome — his daughter recently left home to start university — and partly by his view of masculinity.

‘Be a man, a gentleman,’ is his advice on a title track written as the #MeToo movement emerged.

The record opens with wry humour — and a hangover. Stigers has covered Nick Lowe before, most notably when he revamped (What’s So Funny ’Bout) Peace, Love And Understanding for the soundtrack of The Bodyguard, which sold more than 42 million copies. Here, he conveys a sense of muddled, morning-after regret on Lowe’s Lately I’ve Let Things Slide.

He takes a while to banish his blues. After You’ve Gone, composed by Turner Layton in 1918, is the only standard here, and it finds Stigers laid low by heartache, with plangent piano and trumpet.

The mood eventually lifts, however, with his own composition, A Lifetime Together, heralding a run of more hopeful tunes. 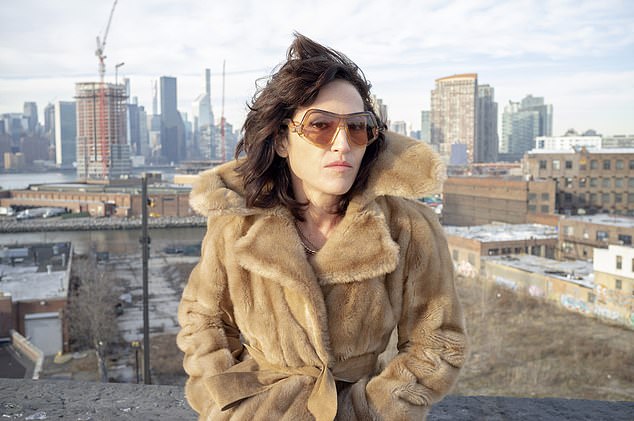 Joan As Police Woman is the alter ego of Joan Wasser, a former backing musician whose stage name is a playful reference to 1970s crime drama Police Woman

With his sax-playing augmented by piano, drums, double bass, trumpet and James Taylor’s organist Larry Goldings (who also co-writes), the arrangements are elegant and unfussy. There’s variety, too, with Kentucky songwriter Tom T. Hall’s Shame On The Rain edging him towards country-soul.

Despite his touring plans being kiboshed by Covid-19, he manages to stay philosophical on the eleventh-hour inclusion Shut-Ins. ‘We’ll cook a good meal, we’ll read our books … no trouble in our bubble with a population of two.’ Even in lockdown, it seems, there are crumbs of comfort.

Joan As Police Woman is the alter ego of Joan Wasser, a former backing musician whose stage name is a playful reference to 1970s crime drama Police Woman.

Since launching a solo career in New York in 2002, she has combined an arty streak with bruised, soulful vocals. She also enjoys other people’s mat-erial: Cover Two is a sequel to 2009’s Cover, which saw her take on songs made famous by artists such as Britney Spears, Nina Simone and David Bowie. It’s

Orphaned gorillas pose for selfies with their carer in the Democratic Republic ...