Eamonn Holmes didn't hold back when he offered his opinion on Amanda Holden's singing voice following the release of her charity single.

During an interview on Friday's episode of this morning, the TV presenter, 60, revealed he was concerned about her taking on a song with such a big reputation.

Amanda, 49, has released her own version of Over The Rainbow to raise funds for the National Health Service amid the coronavirus pandemic. 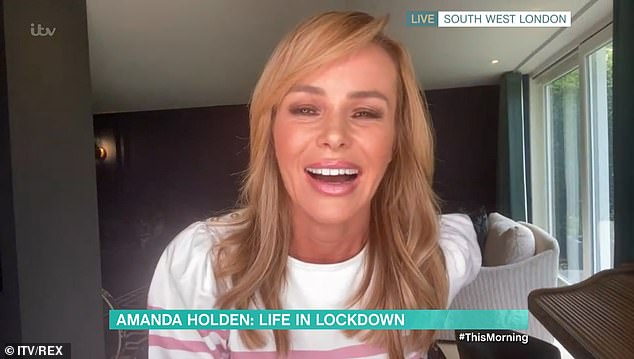 Ha! Eamonn Holmes didn't hold back when he offered his opinion on Amanda Holden's singing voice following the release of her charity single

Eamon admitted he was 'surprised' that Amanda has a 'beautiful' singing voice, after listening to her track for the first time.

He told her: 'I have to say it was very brave of you to [tackle a song] associated with Judy Garland and Eva Cassidy...'I was so surprised that you have a beautiful voice!'

Amanda couldn't hide her surprise at Eamonn's comments, but added that that she appreciated that he enjoyed her song. 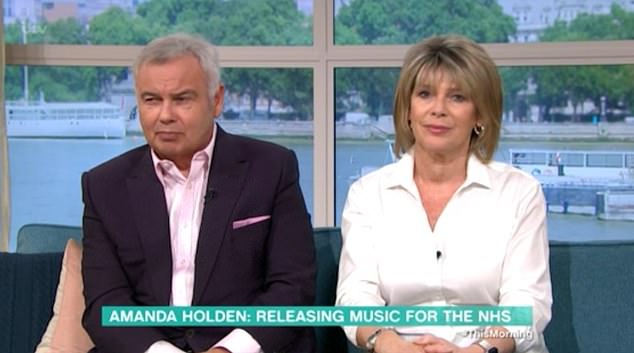 Honest: During an interview on Friday's