Anderson Cooper seen after welcoming baby Wyatt... as it emerges he quietly reunited with ex Benjamin Maisani before son's birth

Anderson Cooper was seen out in New York City for the first time this week after welcoming his firstborn son Wyatt into the world.

The outing came as it emerged the 52-year-old CNN anchor quietly reunited with ex boyfriend Benjamin Maisani before his son's birth.

'Anderson has reconciled with Ben,' a source told Us Weekly.

'They very quietly got back together and are planning ahead. Ben is selling one of his clubs and cutting back on how much he does at night so he can spend more time at home with Anderson and the baby.' 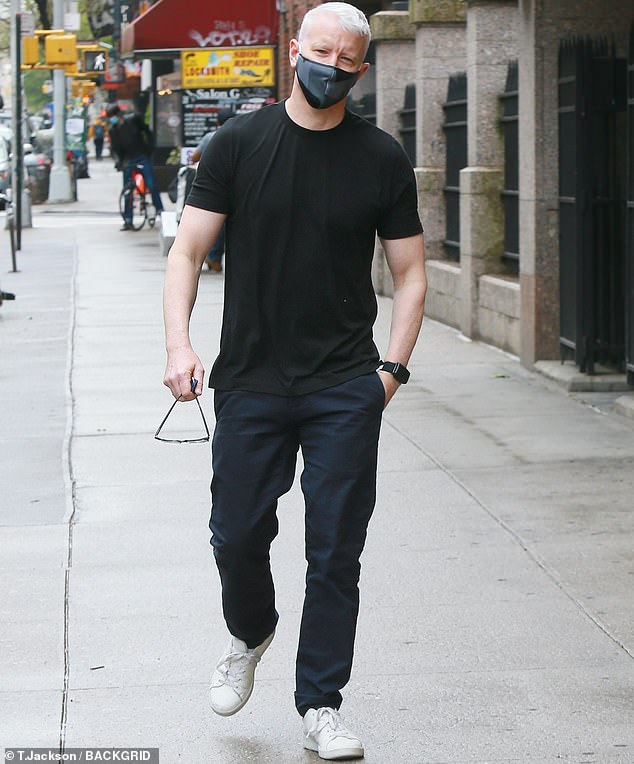 Out and about: Anderson Cooper was seen out in New York City this week after welcoming his firstborn son Wyatt into the world

The news came as Anderson was seen wearing a facemask amid the coronavirus pandemic while picking up a new mini-trashcan for his home.

Wyatt was born this past Monday via surrogacy and Anderson made the public announcement Thursday night, both on Instagram and his CNN show AC360.

His Instagram post accompanied an album of him and the baby, including a heart-melting snap of Anderson kissing Wyatt's forehead. 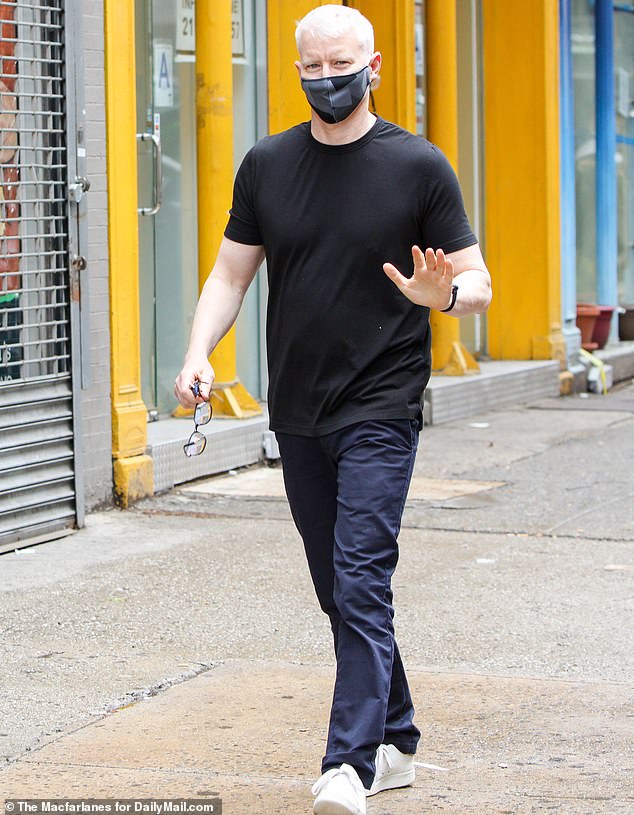 Keeping it simple: The 52-year-old CNN anchor draped his toned figure in a loose black tee that complemented his midnight blue trousers 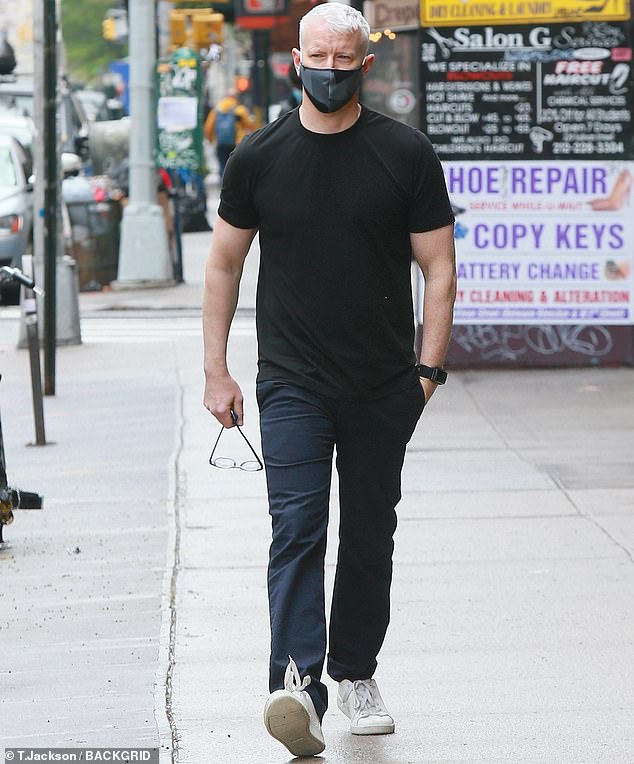 Staying careful: Amid the ongoing coronavirus pandemic he took the precaution of wearing a face mask as he pounded the pavement 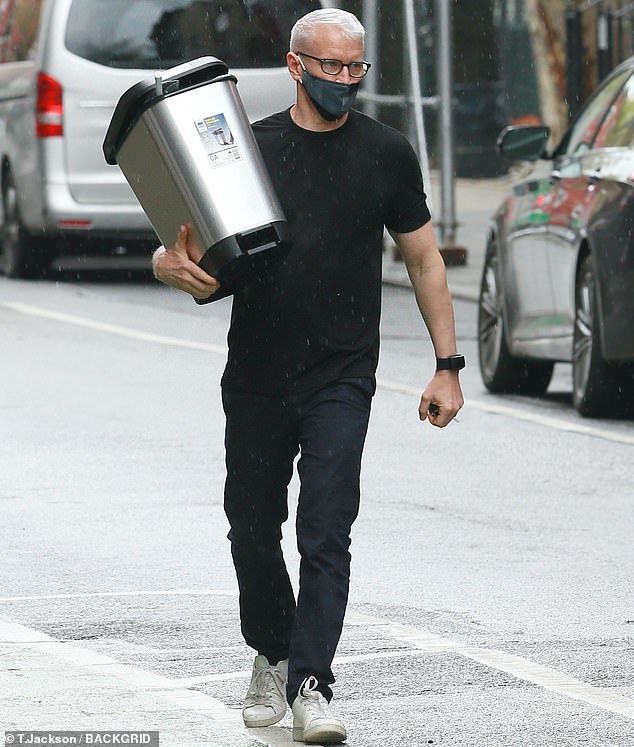 PREV Bella Hadid shows off her chest while in full glam makeup as she spends time on ...
NEXT SEBASTIAN SHAKESPEARE: BBC's Sir Humphrey Burton lays bare the secrets of ...

Air pollution in China returns to high levels after falling during coronavirus ...

Stacey Solomon dances around with a mop as she cleans her house in hilarious ...