The singer, now 18, said the assault occurred when she was just 12.

'I want to tell you my REAL story,' Loren's video began as it showed some photos of herself shortly before her 13th birthday.

'At this time I had my innocence stolen from me in the basement of someone I trusted,' she continued over a photo of herself. 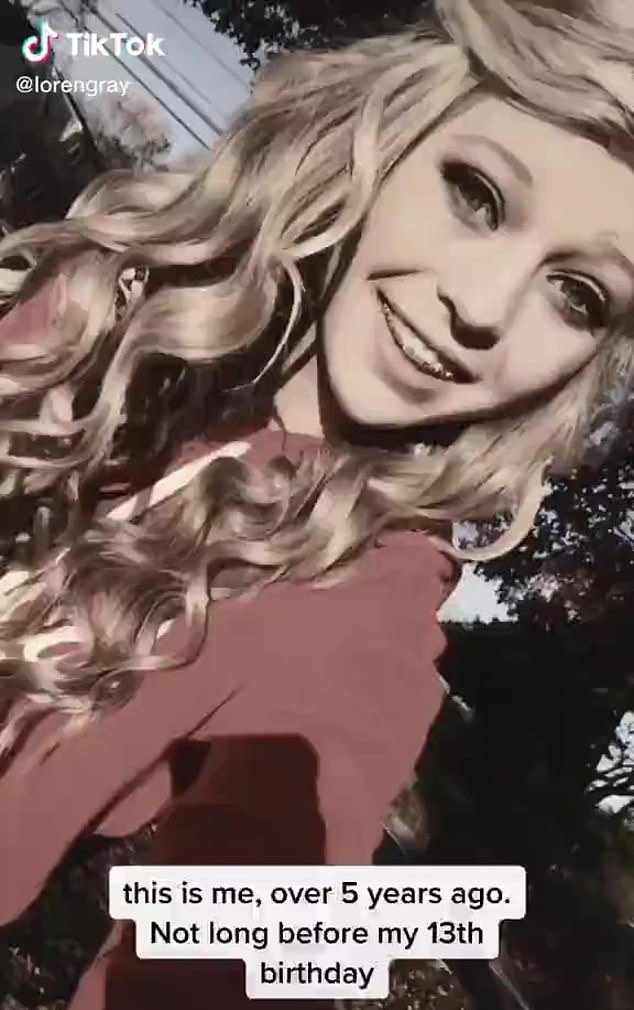 Brave story: Loren Gray, 18, revealed Saturday in a TikTok video that she was sexually assaulted when she was only 13

She included a photo of herself embracing a friend, presumably the only person she previously opened up to about the assault.

'We cried in my bathroom for hours. I struggled to put the pieces together as to why this had happened to me,' she continued, before noting that she waited two months to tell her parents what happened.

Loren described feeling hopeless and damaged and blaming herself for the crime that was perpetrated against her. 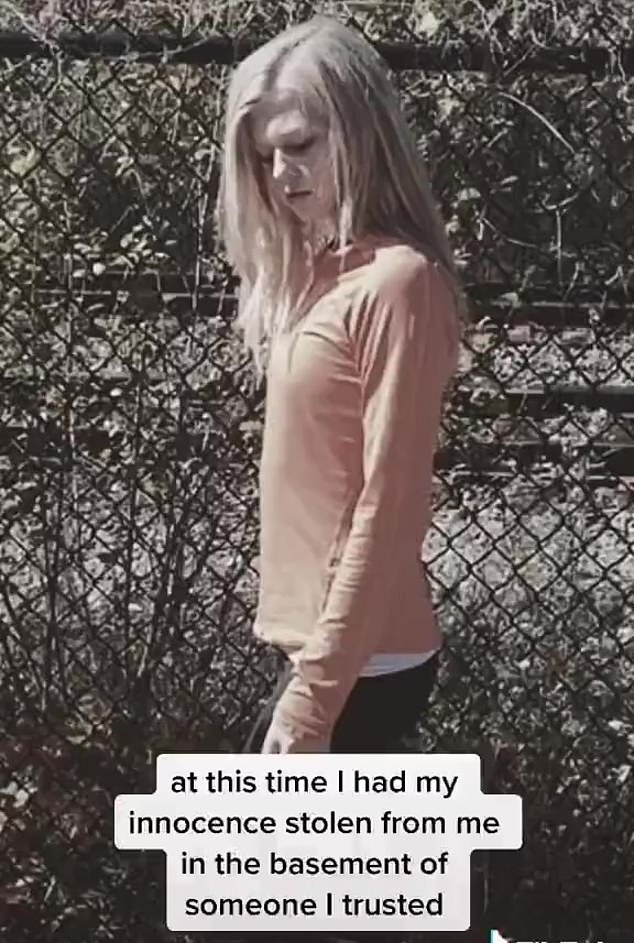 Flashback: The video featured photos taken throughout her teenage years as she recounted the attack in the text 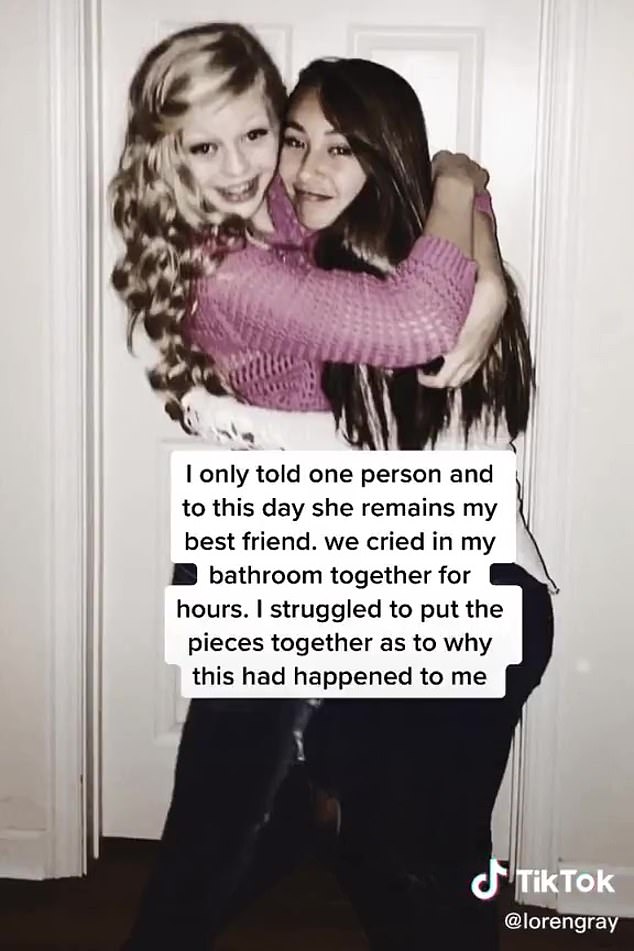 Secret: The assault occurred in the 'basement of someone I trusted.' She said it took her two months to tell her parents, and her best friend was the only other person she told 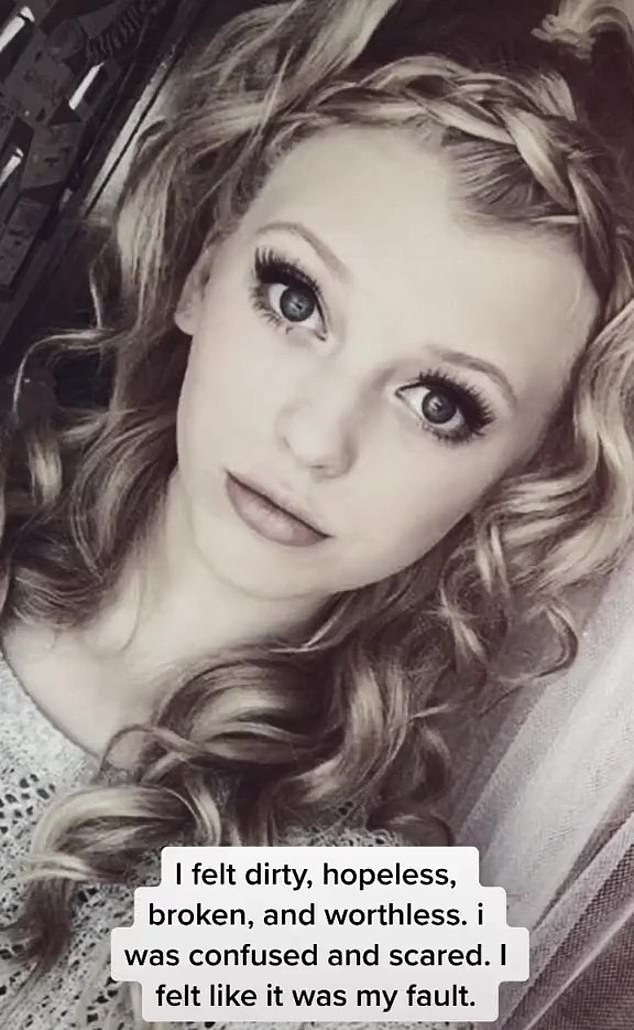 Misplaced blame: Like many survivors of sexual assault, she described feeling 'worthless' and 'broken.' She said: 'I felt like it was my fault'

Though her videos gave her an outlet to express herself and eased her 'loneliness and isolation,' they also opened her up to misogynistic insults from anonymous users.

The singer said she came to understand that the