Parents Chas and Paddy were watching their baby girl sleep in the back room of The Woolpack when Bear Wolf and Marlon walked in having a discussion.

A fuming Chas told the duo that Eve was asleep as the pair argued over the inclusion of an all-day breakfast on the pub's menu. 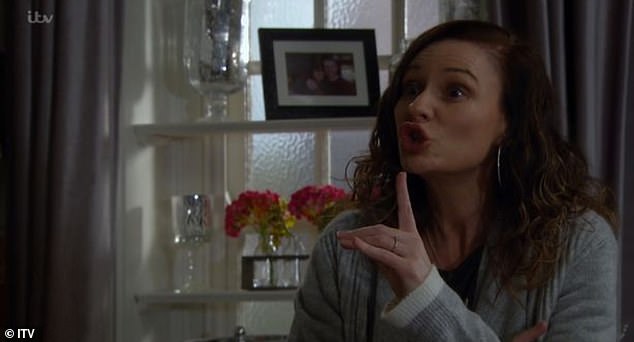 She said: 'Shhh, the baby's asleep' as the group hovered over the cot and doted on baby Eve.

However when the camera panned to Eve, the baby was in fact wide awake. 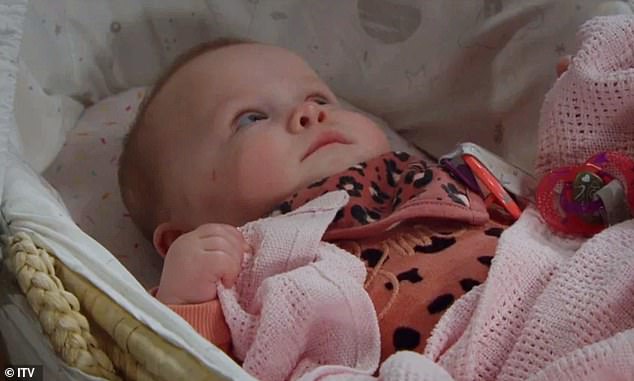 She's awake! Chas told Bear Wolf and Marlon Dingle was asleep, but when the camera panned to the infant, she was wide awake

'Then the camera cuts to the baby to show SHE'S CLEARLY AWAKE! #SoapOpErrors #emmerdale.'

Another asked: 'Thought the baby was meant to be asleep?'