'What four weeks away from Liz does!' MAFS groom Seb Guilhaus squeezes into his female housemate's VERY short dress for TikTok challenge

The personal trainer, 30, decided to recreate the viral 'Flick The Switch' challenge, where at least two people switch clothes along to the 2018 Drake song.

In the footage, Seb swapped from his dapper suit into his female housemates' tiny white dress. 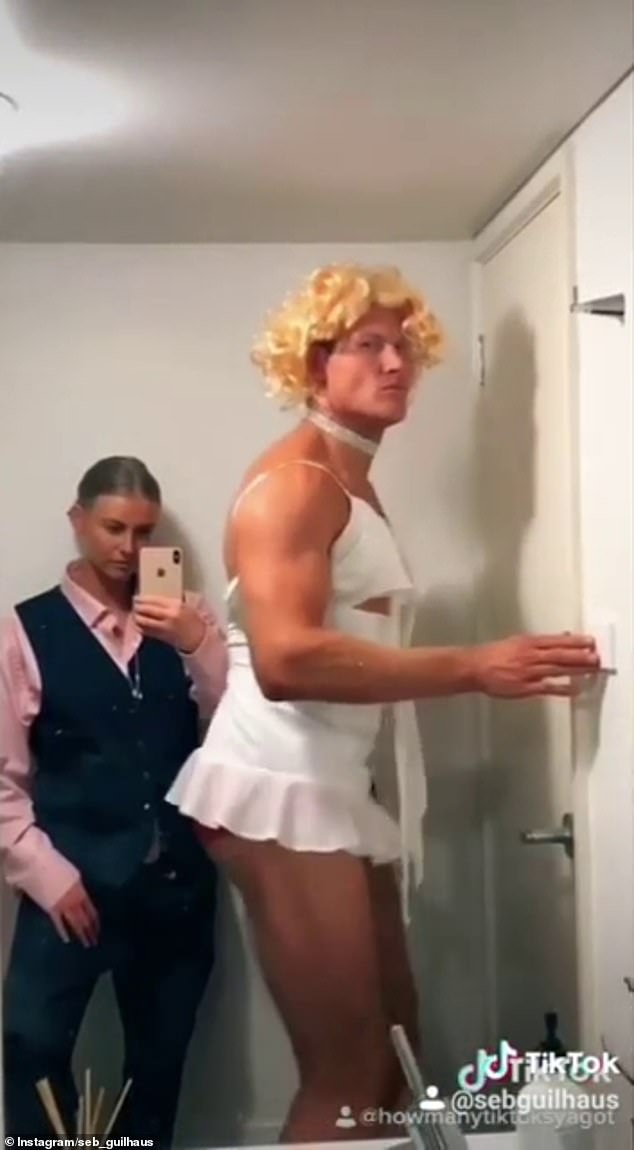 'What four weeks away from Liz does': Married At First Sight's Seb Guilhaus dons in his female housemate's dress and flaunts his pert derrière for TikTok

His female housemate Emma danced to the hip-hop song before pretending to 'flick the switch' in the room as he clip went black.

When the light returns, the pair had switched clothing, with Seb barely covering his legs and derriere in the obscenely short skirt.

He also added some comedy the scenario by wearing a blonde wig and mimicking the same dance moves as his friend.

As he twirled his hips, Seb accidentally flashed his red underwear to the camera.

'Me and my housemate Emma a few too many weeks into iso hahaha,' Seb wrote in the caption. 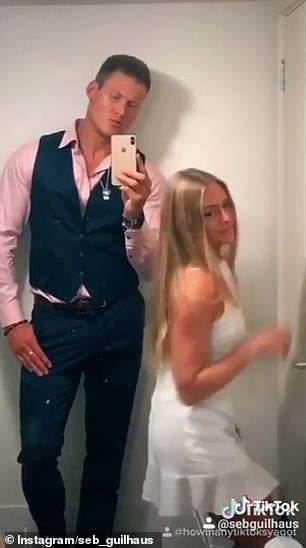