Erika Jayne and Garcelle Beauvais spilled rather raunchy bedroom secrets during a jaw-dropping dinner party on The Real Housewives of Beverly Hills on Wednesday.

Both of the women were proud to admit they both had had threesomes. 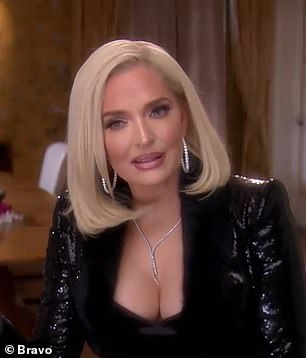 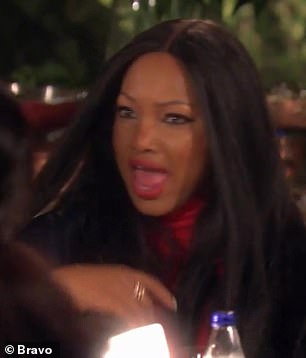 Getting intimate! Erika Jayne and Garcelle Beauvais really dropped some jaws on the latest episode of The Real Housewives of Beverly Hills, where they revealed they both had had threesomes

The revelations intrigued and shocked Kyle Richards and Lisa Rinna, who both admitted to never having been with a woman.

'I haven't either!' Lisa said.

Denise Richards, however, was mostly horrified her children were within earshot of the adult conversation.  The actress famously filmed lesbian scenes in the 1998 movie Wild Things and has recently been accused of having a fling with Brandi Glanville. 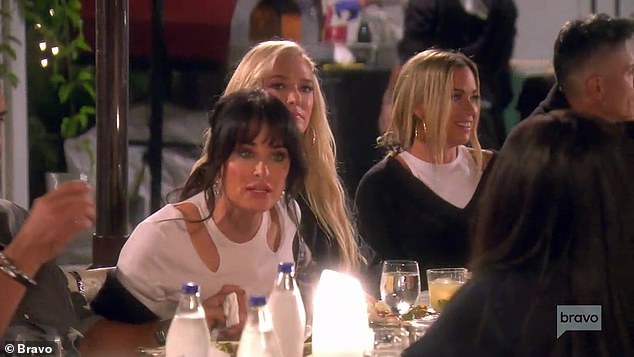 'I've never done the lesbian thing!' The revelations stunned Kyle Richards and Lisa Rinna, who both admitted to never having been with a woman 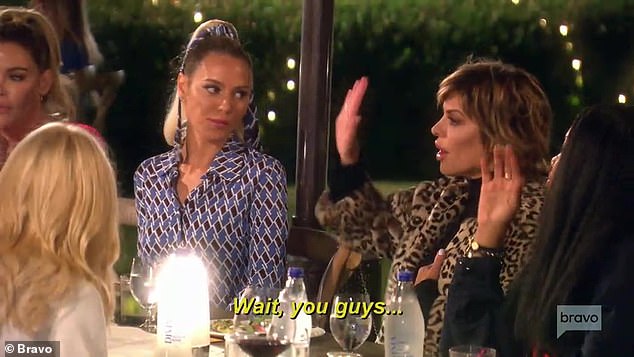 Not for her: Rinna insisted she had never been with a woman

'Wait, you guys my kids are over there. Wait, hold on,' Denise said.

A proud Garcelle admitted she had been with a woman when she was a young model.

'You did the lesbian thing?' Kyle asked her.

'I just made out with a girl,' Garcelle replied. 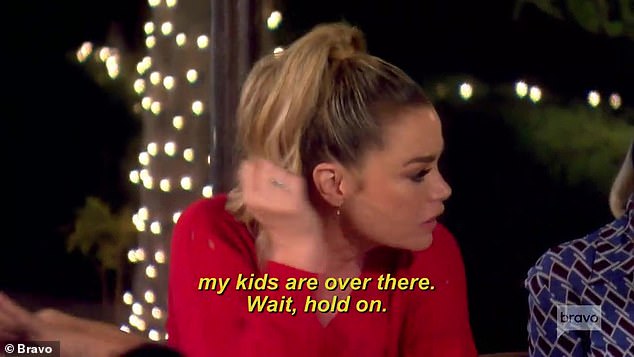 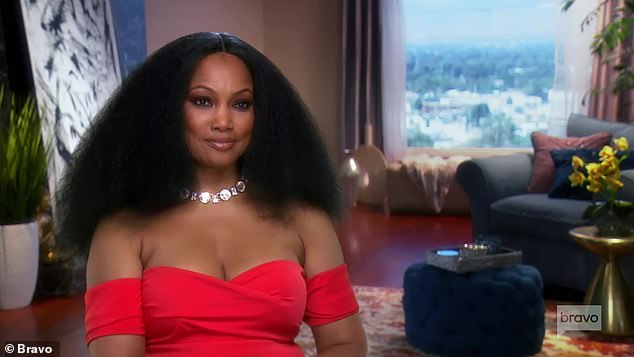 Proud of it: Garcelle was not shy to admit she had been with women

Elaborating on her past during her one-on-one interview, Garcelle explained, 'When you're young and you're modeling and you're free, I think things happen. I kissed a girl and I liked it.'

The omission shocked just about everybody at the

PREV Mena Suvari and husband Michael Hope load up some boxes at the UPS Store in ...
NEXT Halsey jokes that she she injured her foot doing a 'stupid idiot thing'

health care New Yorkers are 'going to see pain in this new economy' as state begins ...