In Search Of Greatness (Amazon Prime; no cert)

From what I hear, film producers, along with book publishers, are currently telling writers not to bother pitching stories about dystopian futures or horrible hidden predators. Their logic is unimpeachable.

They reckon when we finally overcome our own unseen predator, Covid-19, we’ll want unrelated escapism. Comedy, romance, music, period settings, stuff like that.

In the meantime, we have The Wretched, a horror film made before this global crisis struck. 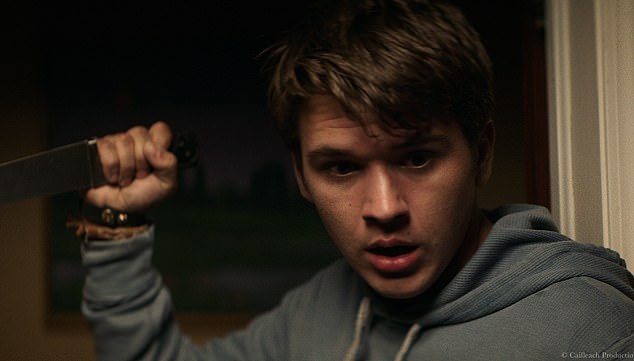 Our lovable hormonal teen is 17-year-old Ben (John-Paul Howard), who has a job for the summer at his divorced dad’s marina, and takes a fancy to flirtatious Mallory (Piper Curda)

But you don’t have to let your imagination too far off the leash to find a metaphor for the virus in the malevolent witch who stalks a small American seaside town, possessing folk and wiping close relatives from their memories.

So take that as a warning. The Wretched may only be your cup of tea if you’re happy with a splash of sour milk.

Actually, it’s a curious brew of a film, either highly derivative or, if you’re feeling more generous, full of cute cinematic references.

Writer-directors Brett and Drew Pierce give us nods to Hitchcock, to any number of Stephen King adaptations and one direct lift from Ridley Scott’s Alien.

The Pierce brothers even evoke those cliché-packed coming-of-age movies in which a wholesome, hard-working teenager, picked on by complacent rich kids, confounds them by getting the girl. 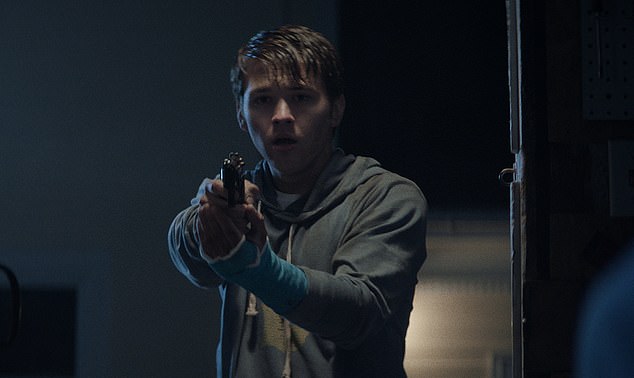 The Wretched may only be your cup of tea if you’re happy with a splash of sour milk. Actually, it’s a curious brew of a film, either highly derivative or, if you’re feeling more generous, full of cute cinematic references

Our lovable hormonal teen is 17-year-old Ben (John-Paul Howard), who has a job for the summer at his divorced dad’s marina, and takes a fancy to flirtatious Mallory (Piper Curda).

A broken arm is the only thing troubling him, at least until his dad’s neighbours, whose young son he takes for sailing lessons, start behaving very weirdly.

Eventually, Ben catches up with the rest of us and connects the town’s increasing oddness to the fiend that has taken up residence in the neighbours’ basement. Can he convince Mallory and his father that something supernatural is going on?

Even if he does, is a fresh-faced young man any match for the forces of darkness?

There are a few genuine creeps and scares as these questions are resolved, but for the horror-movie faithful there is really nothing here to write home about — and not only because they’re home already.

From the wretched to the blessed, In Search Of Greatness is a slick U.S. documentary examining what it is, exactly, that lifts sports stars to a plane beyond mere excellence. 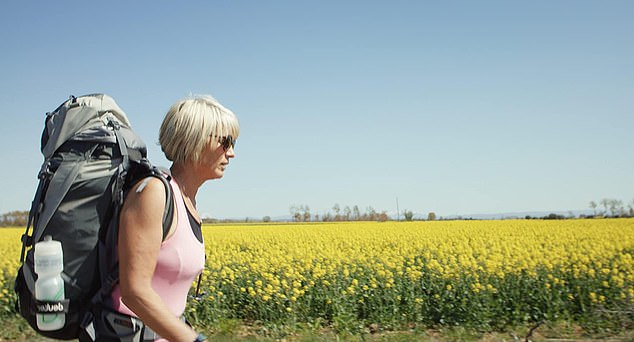 Another documentary, Camino Skies, turns the spotlight back onto ordinary citizens, in this case an assortment of Antipodeans walking the 500-mile Camino de Santiago, a 1,000-year-old pilgrims’ route from France into northern Spain

As further consolation for UK viewers, the main talking head is Sir Ken Robinson, a renowned educationalist whose many years living in California have not entirely blunted his Liverpool vowels.

He is fascinating on the ways in which children with abundant sporting talent should best be encouraged and laments the modern trend of funnelling them too early into their chosen sport.

So, if you have a little cricket or netball prodigy in the family, Gabe Polsky’s film is worth seeing. And even if you don’t, there are some cracking clips, such as John McEnroe blowing a gasket over a line call at Wimbledon.

Another 80 migrants are picked up in SEVEN boats