She's made a point of making a noise every night at 7 to show support for New York's frontline healthcare workers.

And on Thursday, Sarah Silverman once again took to the fire escape of her apartment to bang pots and pans.

The comedienne seemed to be having a blast as she laughed and hollered while hitting a frying pan with a pair of metal tongs. 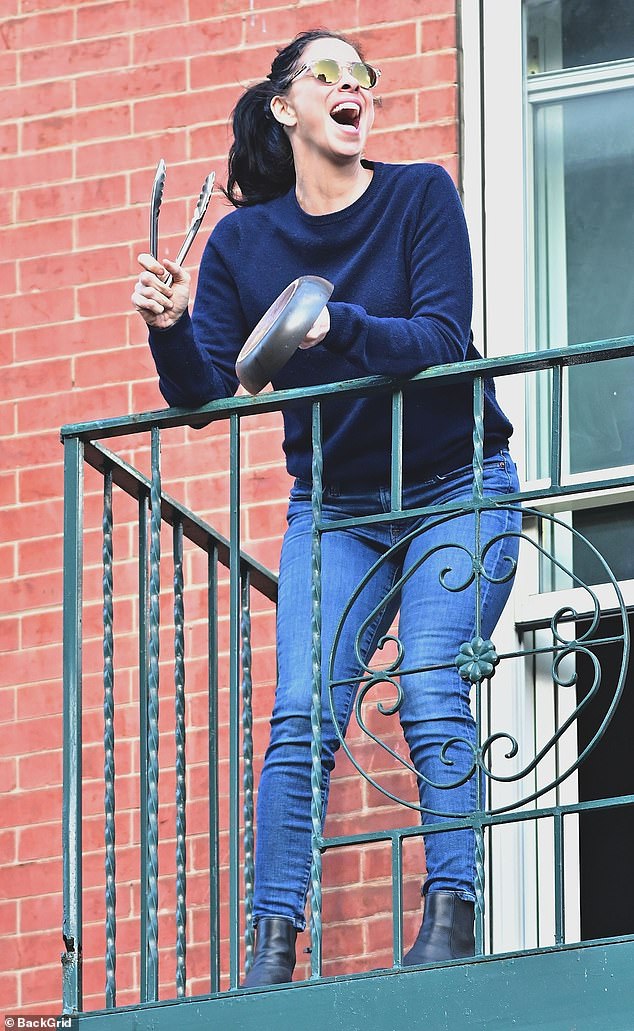 Saying thank you: Sarah Silverman appeared to be having a blast Thursday night as she once again joined in the nightly salute to New York City's frontline healthcare workers

Silverman, 49, has been dogged in her commitment to the nightly salute that began in late March.

And as usual, she was joined Thursday night by her pal Annie Segal for the salute.

'It makes us feel connected and that we aren't alone,' she has explained previously about the nightly endeavor.

The stand-up comic and actress was dressed in a navy crew neck sweater and skinny blue jeans tucked into black ankle boots.

She wore her long dark

PREV Miranda Kerr flashes an infectious smile as she proudly confesses she'll 'be in ...
NEXT SEBASTIAN SHAKESPEARE: BBC's Sir Humphrey Burton lays bare the secrets of ...

On my mind: Nicholas Chambers mogaznewsen