Tammy Hembrow has been rumoured to be linked to New York-based musician Erick Delgado for the past few weeks.

And on Sunday, Instagram sensation Tammy Hembrow seemingly confirmed her romance with the Soundcloud rapper on Instagram.

Sharing a video to his account, Billie Eilish's friend Erick, 25, uploaded footage of himself pouting to the camera. 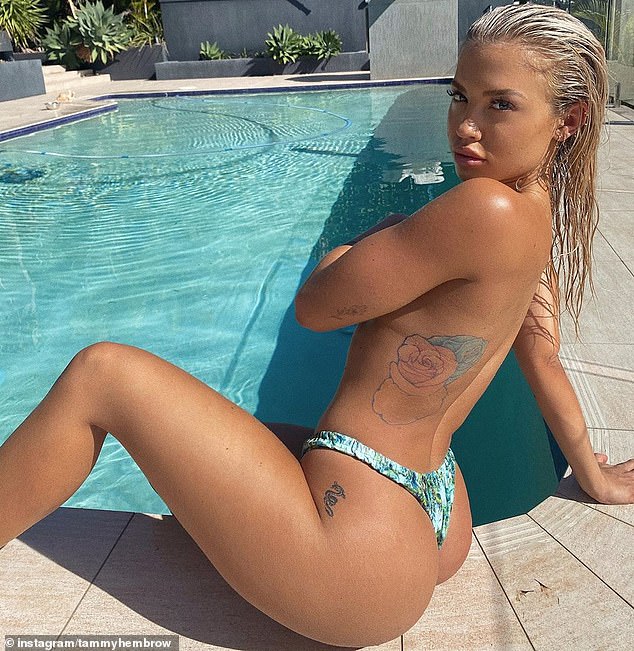 'F*** I bit my lip,' he captioned the flirty post, as he played with his bottom lip.

'Can I [?]' she asked. To which Erick cheekily responded, writing: 'Ok, but not too hard I'm sensitive.' 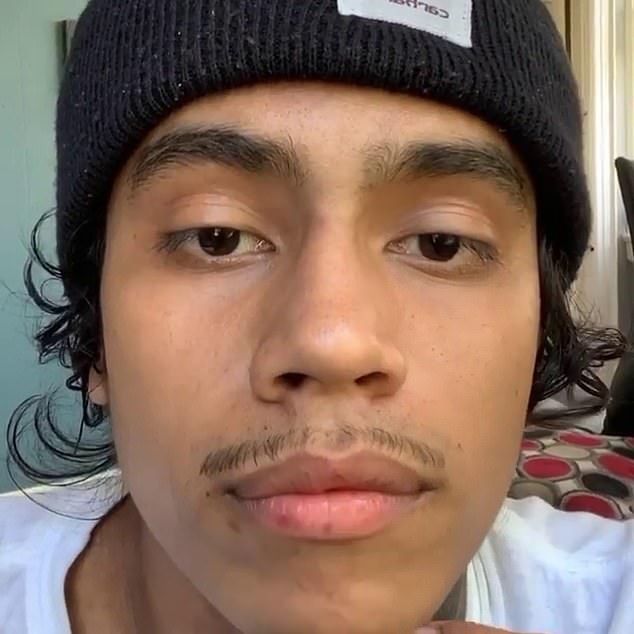 Helping hand! Sharing a video to his account, Billie Eilish's friend Erick, 25, (pictured) uploaded footage of himself touching his lips after supposedly biting them too hard 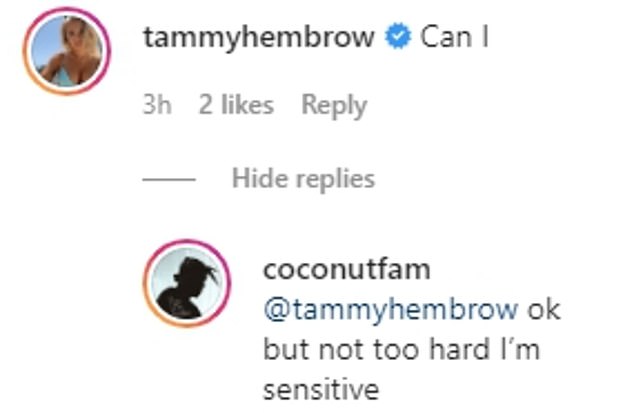