Andy Cohen had promised a feud with the Real Housewives Of Beverly Hills back in February.

Well fans will finally get to see the Watch What Happens Live With Andy Cohen host  and his Radio Andy family take on the RHOBH divas in a not-always-friendly game of Celebrity Family Feud that airs on Sunday, June 7.

'They told us that the answers were really easy,' Cohen confessed backstage in a People teaser, to which teammate Bevy Smith responded: 'And they weren't.' 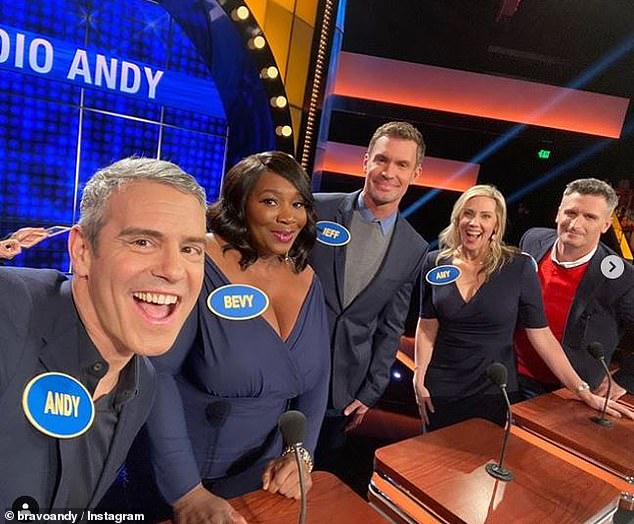 They had their work cut out for them when they battled it out with RHOBH castmembers Garcelle Beauvais, Teddi Mellencamp Arroyave, Dorit Kemsley, Lisa Rinna and Kyle Richards.

'It was just really fun playing opposite our boss [Cohen] and being able to take him and his team on," Richards said of her time on the long-running game show. 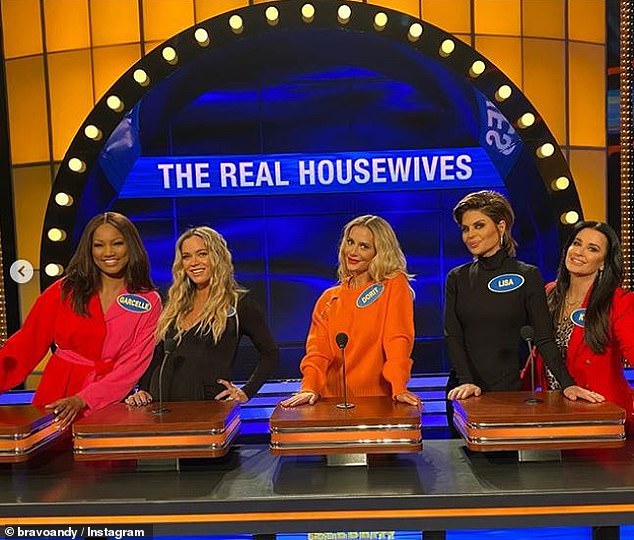