The welcomed their second child together, a baby girl, last Wednesday.

And Vogue Williams looked sensational as she enjoyed a refreshing alcohol-free G&T in the garden with her husband Spencer Matthews on Saturday.

The Irish star, 34, wowed in a white maxi dress which had a tie-dye pattern over it and puffed sleeves. 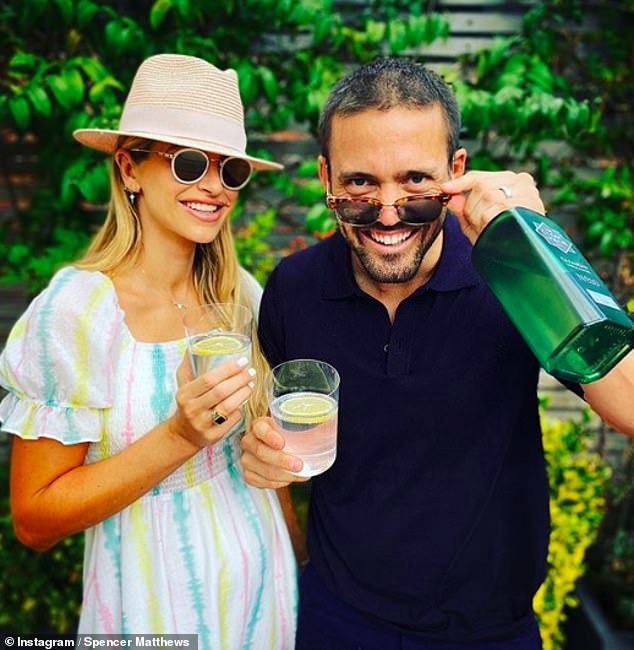 Wetting the baby's head? Vogue Williams, 34, looked sensational as she enjoyed a G&T with husband Spencer Matthews on Saturday after welcoming their baby daughter

Despite only giving birth 10 days ago, Vogue looked well-rested and glowed as she smiled for the camera in a chic sun hat.

She accessorised with a sweet necklace with the letters T and G on, continuing to spark speculation that her new daughter's name could start with G.

Vogue completed her ensemble with a pair of circular white-framed sunglasses and let her blonde locks cascade over her shoulder.

The couple appeared to be in good spirits as they posed with their glasses and Spencer held up a bottle of his company’s ClearGin. 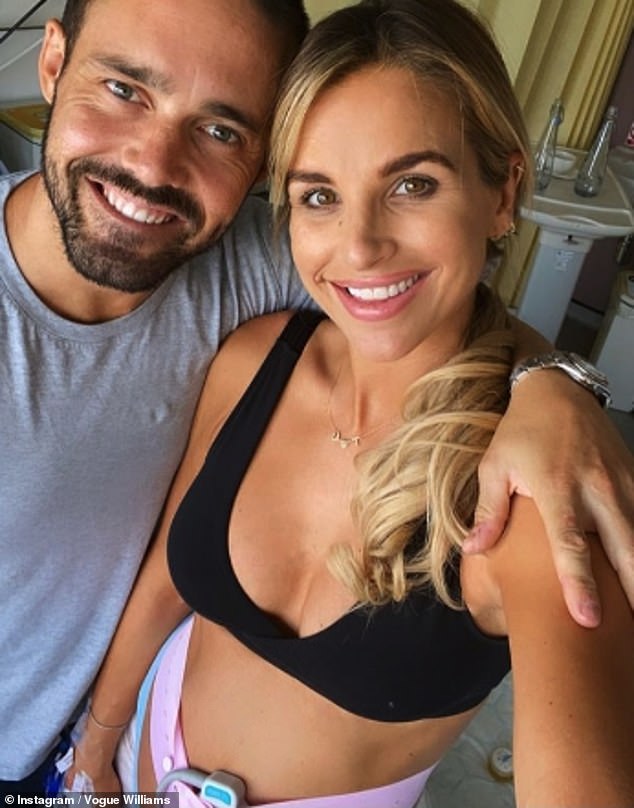 Doting parents: The couple are yet to reveal their little girl's name but told fans that she had arrived at London's Chelsea and Westminster hospital last Wednesday

Spencer put on a cheeky display as he tilted his own sunglasses and grinned while wearing a smart navy blue polo shirt.

The father-of-two captioned his post: 'A rare moment when both kids are asleep! Time for a couple of Clean G&Ts in the sun with my number one @voguewilliams,

'Lovely to be able to enjoy the best of both worlds - a refreshing, adult drink that tastes just like the real deal with absolutely no consequences. Make mine a double!'

Vogue and Spencer are yet to reveal the name of their daughter, who they welcomed into the world at London's Chelsea and Westminster hospital last Wednesday. 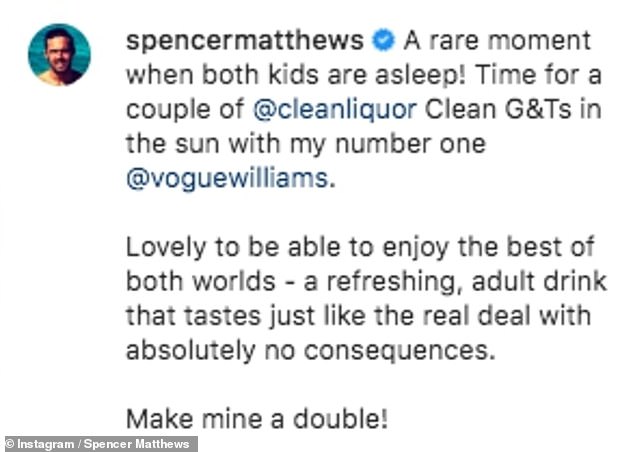 Adult time: Spencer revealed that he and Vogue were making the most of some quiet time while their children napped to enjoy a drop of his company's CleanGin 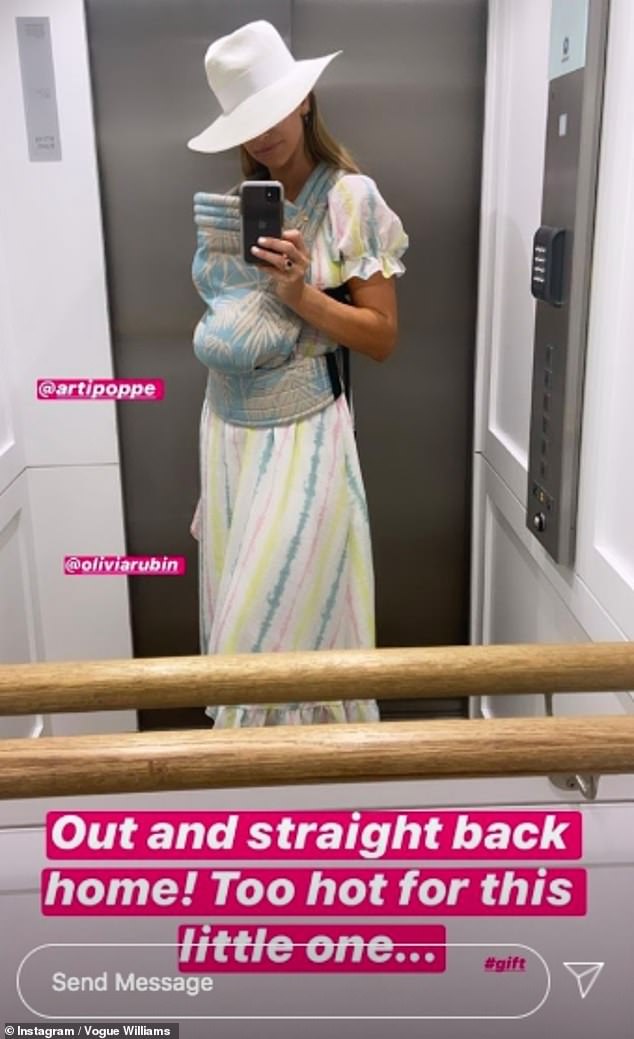 Mum and baby: Vogue rocked her summer maxi dress as she carried her daughter on her front

The couple's little girl is their second child with their son Theodore - who turns two in September - becoming a big brother.

PREV Ant McPartlin arrives at Heathrow with Anne-Marie Corbett and her two daughters ...
NEXT Emily Ratajkowski highlights her trim figure and toned legs in a mini skirt in ...