But it seems motherhood is Emily Symons' favourite role of all.

On Sunday, the 50-year-old actress celebrated her son Henry's fifth birthday with a party at home and an elaborate cake inspired by R2-D2 of Star Wars fame. 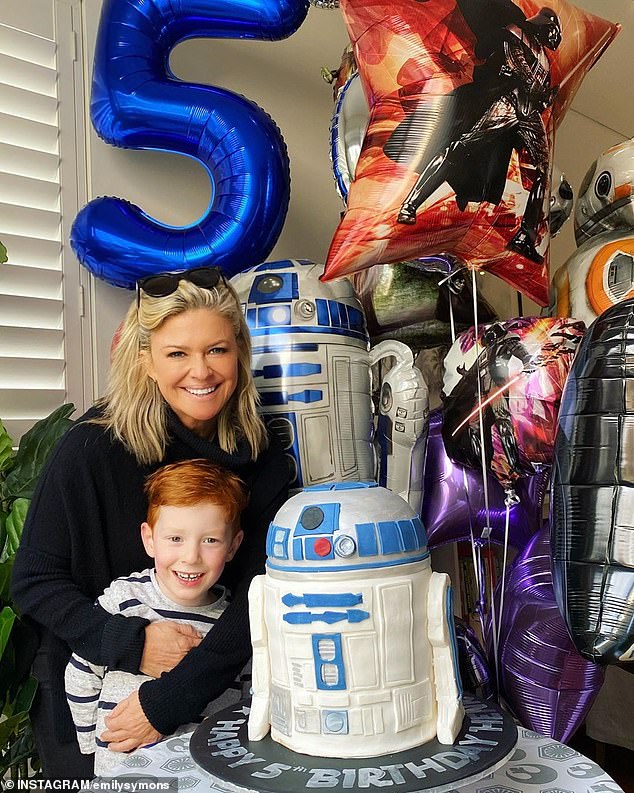 Home and Away's Emily Symons, 50, marked her son Henry's fifth birthday with a Star Wars themed party which included an elaborate cake in the shape of Star Wars' R2D2 and balloons

In a photo shared to Instagram on Monday, mother and son posed with the cake and several Star Wars balloons, included shaped like the number five.

'Happy fifth birthday to my beautiful boy!' Emily wrote underneath the image.

'Such a lovely day yesterday celebrating with our loved ones. Amazed by