'What a year we've had!' Danielle Armstrong celebrates first anniversary with Tom Edney as she shares sweet video of their whirlwind romance, engagement and birth of baby girl Orla

Over the past 12 months they have got engaged and welcomed their baby girl Orla.

And Danielle Armstrong has celebrated her first year with fiancé Tom Edney, sharing a sweet video of their best moments on Instagram.

The former TOWIE star admitted the couple have had a momentous first year together as she shared the moment Tom asked her to be his girlfriend during drinks with friends. 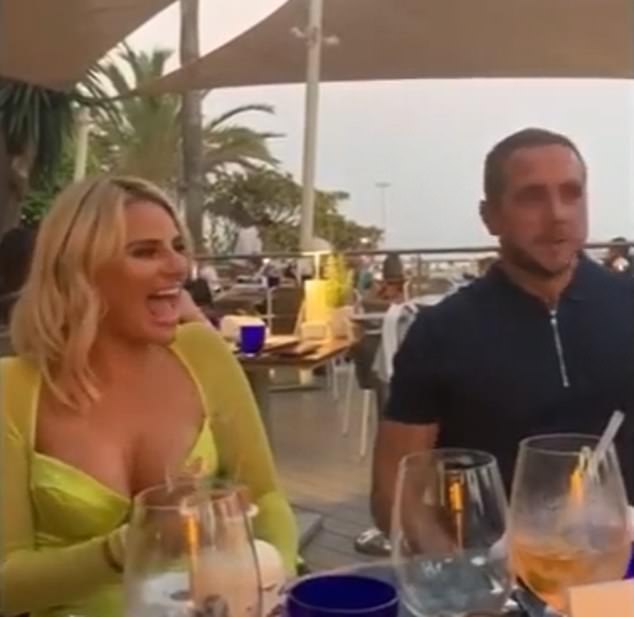 Sweet: Danielle Armstrong has celebrated her first year with fiancé Tom Edney, sharing a sweet video of their best moments on Instagram

Danielle looks delighted in the video as Tom turns to her and says he has a question to ask, prompting cheers from their excited friends.

To the soundtrack of Natalie Cole's This Will Be, the video then shows the couple's year of memories, including their first scan for baby Orla and Tom's proposal during their babymoon in Duabi in March.

Another clip shows Danielle and Tom on the way to the hospital for the birth of Orla, before a montage of photos of their little girl, who was born on May 26.

'This Time Last Year My Best Friend Asked Me To Be He’s Girlfriend,' the reality star captioned the post, adding: 'Happy Anniversary @tommyedney What a year we have had