It was time for another bikini snap for Elizabeth Hurley on Monday.

And this time she doubled-up by posing for the image with a friend.

But there was one glaring issue - they both modelled the same two-piece from Elizabeth's swimwear line, 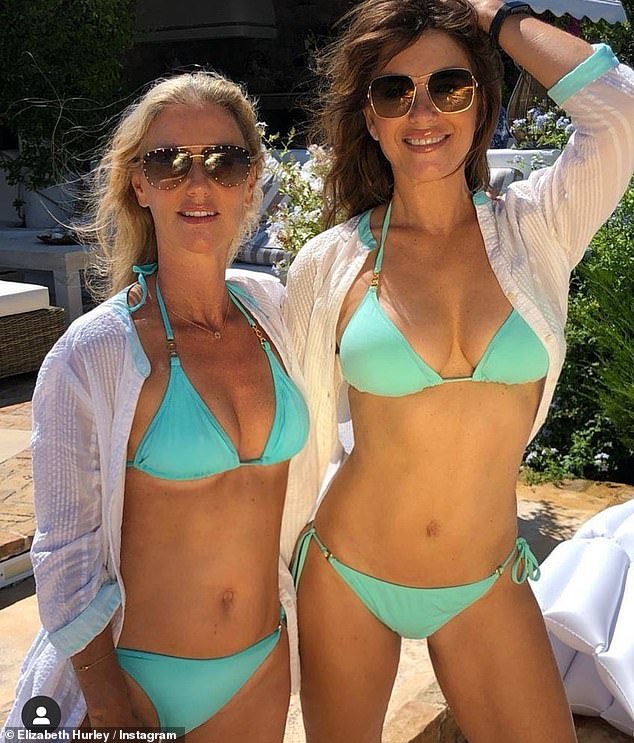 Twinning: Elizabeth Hurley, 55, posed with a pal in the SAME turquoise bikini... as she showcased her washboard stomach and ample bust in the swimwear snap on Monday

The Bedazzled actress, 55, made light of it though, captioning the snap: 'Always risky gifting your friends your favourite things...'

She showed off her bust and washboard abs in the turquoise bikini as she posed alongside her pal.

The duo looked sunkissed as they smiled for the camera, their manes loosely falling around their shoulders. 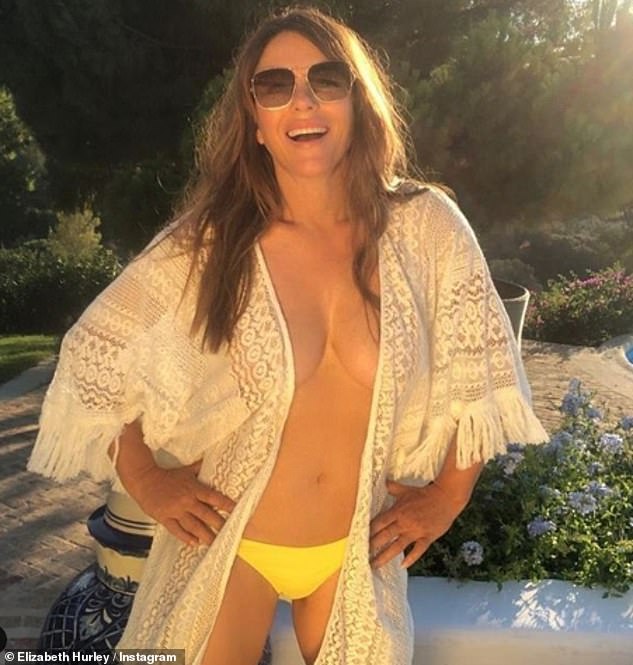 Racy: Elizabeth was looking as stunning as ever as she sizzled in a daring bikini picture posted on Wednesday 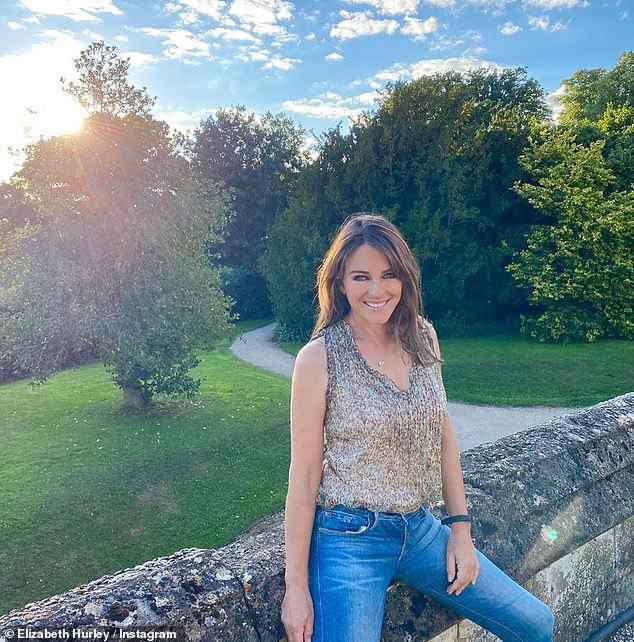 Stunning: The supermodel has been delighting her fans during lockdown with a number of gorgeous snaps

Liz looked as stunning as ever as she sizzled in a separate bikini picture posted on Wednesday.

She posed up a storm in yellow bikini bottom from her swimwear range for the daring picture.

The star slipped into a white sheer kaftan which hung loosely as she flaunted her very ample assets.

The mother of one also wore a pair of large sunglasses as she smiled to the camera.

She posed under the sunshine, her chestnut locks swept back from her features. 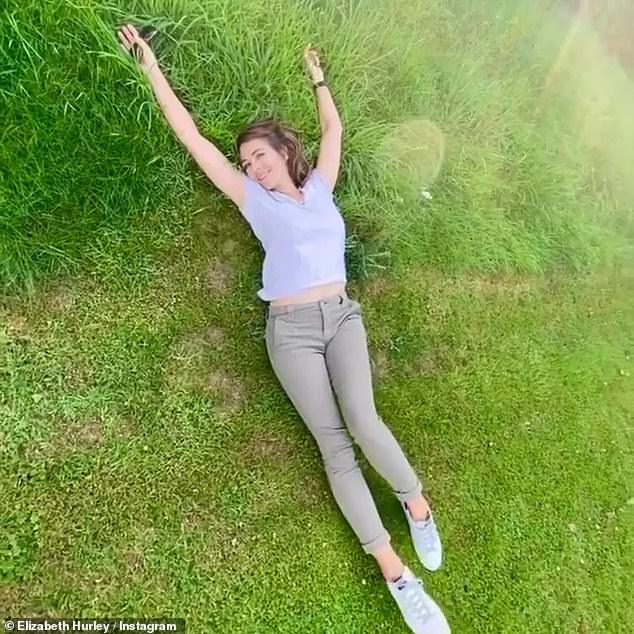 Fresh air: On Monday she shared a video laying in the grass, highlighting her statuesque frame in a pair of beige slimfit chinos as she waved her arms above her head

On Monday she shared a video laying in the grass, highlighting her statuesque frame in a pair of beige slimfit chinos as she waved her arms above her head.

The Austin Powers star teamed her off-duty look with a light blue polo T-shirt, which teased