Katy Perry reveals what values she wants to pass on to her daughter as she prepares to give birth for first time: 'Justice is so important for me'

Katy Perry announced her first pregnancy back in March, and she spared no production value doing it.

And the 13-time Grammy nominee has been using her downtime during quarantine to prepare for the arrival her baby girl.

She recently revealed what values she hopes to pass on to her daughter, as she appeared on a live stream Tuesday for Nova’s Red Room. 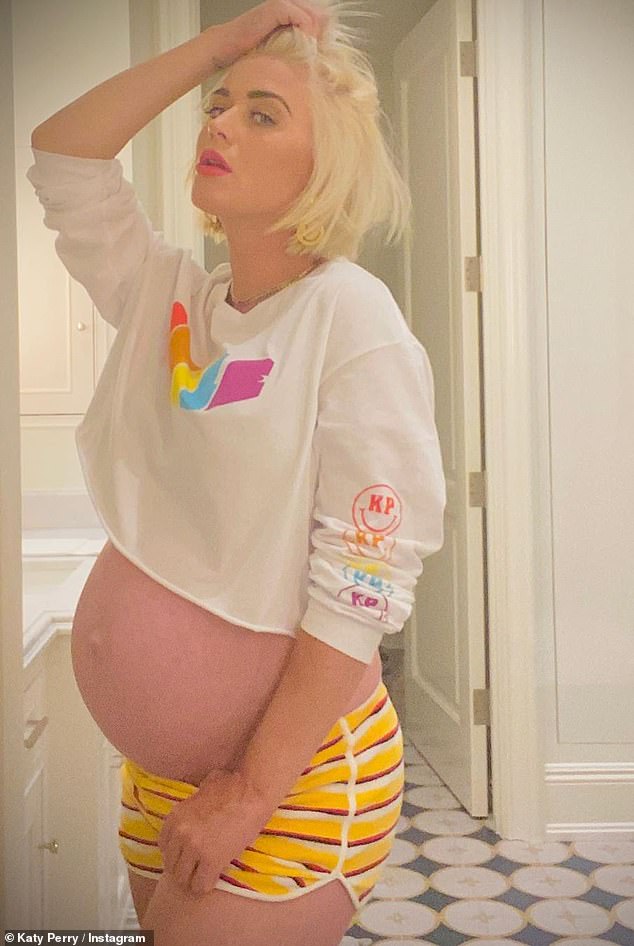 Motherhood goals: Katy Perry recently revealed what values she hopes to pass on to her daughter, as she appeared on a live stream Tuesday for Nova’s Red Room

The 35-year-old answered: 'Discernment is good, and integrity, and justice – oh my god, justice. Justice is so important for me; if anyone’s not being treated fairly or…

'I just remember even growing up, I would involve myself as like a mediator in a classroom, I’d be like "That’s just not fair!" but I do know how to play devil’s advocate, so if I were you know in debate now, I would probably have a really good chance at having a good debate.

'Revenge is not something I’m interested in, but you know… you know what I do? I just cut my energy off from those people. I’m just like 'I don’t have time. God bless you on your journey."'

PREV Network Ten announces The Masked Singer US is coming to Australian TV
NEXT Alesha Dixon believes having BGT forced off the air could 'work in the favour' ...

Lick your wounds and learn: Brawn's advice to Hamilton mogaznewsen