The Masked Singer's Dannii Minogue insists the judges aren't 'hooking up' with the crew... after rumours Jackie 'O' Henderson had a 'fling with one of the producers last season'

Jackie 'O' Henderson is rumoured to have casually dated someone from the production team of The Masked Singer during filming last year.

And on Thursday, her fellow judge Dannii Minogue insisted there would be no 'hooking up' with the crew this season due to social distancing rules.

The 48-year-old said on The Kyle and Jackie O Show on Thursday: 'None of us [will be hooking up] because there is a bloody force field around us and nobody can come within 1.5 metres!' 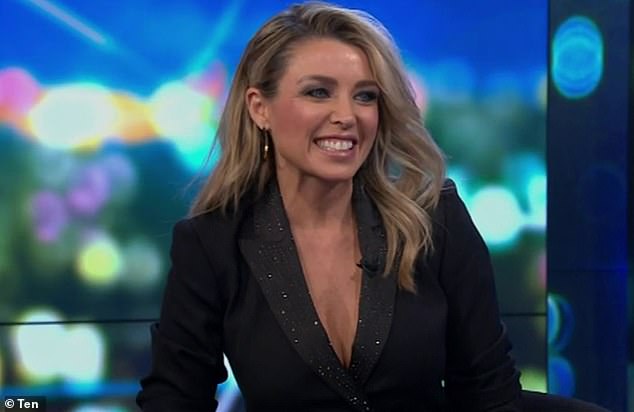 No horseplay! Dannii Minogue (pictured) joked on Thursday that the judges on The Masked Singer won't be 'hooking up' with the crew this year due to social distancing restrictions