'The first thing I see is a dude': The Bachelor's Steph Harper turns Locky Gilbert's head while dressed as a man during a group photo shoot... and fans can't get enough of her transformation

The photo shoot date on The Bachelor never fails to provide some memorable moments, and the latest season is no different.

On Thursday night's episode, Steph Harper certainly caught Locky Gilbert's attention when she turned up for the group 'family photo' dressed up as a man.

The 26-year-old swapped her long blonde locks for a short curly wig, fake mustache and a grey suit. 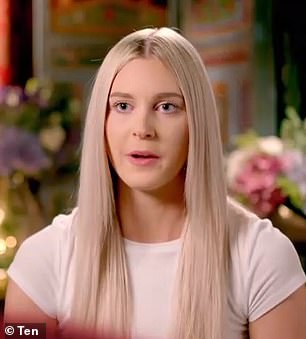 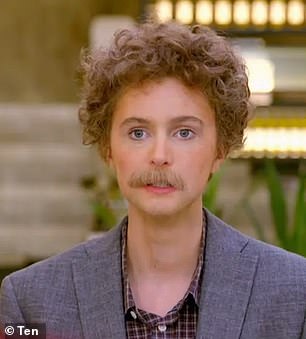 Dressed to impress? On Thursday's episode, Steph Harper (pictured) certainly caught Locky Gilbert's attention when she turned up for the group 'family photo' dressed up as a man

'So, the girls are walking in, and the first thing I see is... a dude,' Locky said in a cutaway scene.

Despite drawing the short straw and being the only one dressed up as a man, Steph took it in her stride and ended up catching the Survivor star's attention for all the right reasons.

'Steph is killing it right now. To have the raw end of the deal, dress up as a dude, and just go for it and be the life of the party, what more can

PREV Colton Underwood's ex Tia Booth 'commends' Cassie Randolph for filing ...
NEXT Alesha Dixon believes having BGT forced off the air could 'work in the favour' ...