Joss Stone has been branded 'deluded' and 'tone deaf' by angry Good Morning Britain viewers after she declared 'happiness is a choice' from the comfort of her luxury home in the Bahamas.

The multi-millionaire singer, 33, was slammed for being 'out of touch', 'patronising' and 'entitled' as show fans vented their fury on Twitter after her Thursday morning video-link live from the Caribbean.

In 2012, Joss was said to be the fifth richest British singer under 30 with an estimated net worth of £10 million. 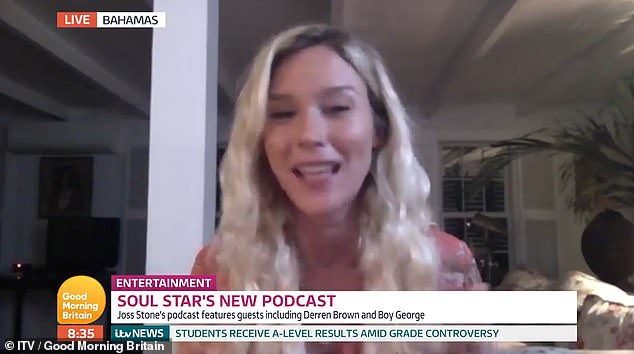 'Deluded': Joss Stone has angered Good Morning Britain viewers by telling them to be happy from her Bahamas home

As well as her music career, Joss is also close friends to Prince Harry and attended his royal wedding to Meghan Markle in 2018.

The singer has been friends with both the Duke of Sussex, 35, and Prince William for years due to her humanitarian work. She was also a guest at the Duke of Cambridge's wedding to Kate Middleton in 2011.

During her interview, Joss also raved about the government's rescue package for the arts, despite many within the industry criticising the funding for being insufficient.

Promoting her A Cuppa Happy podcast with GMB's Charlotte Hawkins and Shaun Fletcher, she said: 'We have a lot of opportunity to be happy and we don't always take it. 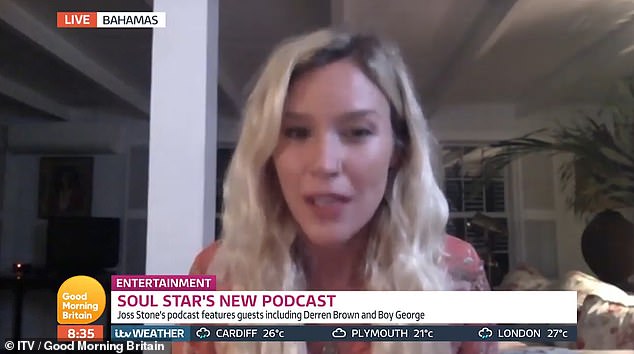 'Tone deaf': The singer, 33, said 'everyone has a choice to be happy' as she spoke from the Caribbean on Thursday, with fans slamming her as 'tone-deaf'

'Every person I've spoken to so far [on the podcast] has flagged that we have choice, and I don't think everybody truly feels that way – I think some people genuinely feel that they don't have it. And that is a total myth'

She added: 'We do have choice in mostly every direction, unless we're enslaved and someone's taken that choice away from you, or you're in prison and you don't have a choice to walk outside.

'But, mentally, we have little choices that we make as we walk along in this life, and that is for every single person. That's comforting, really. It's very freeing.' 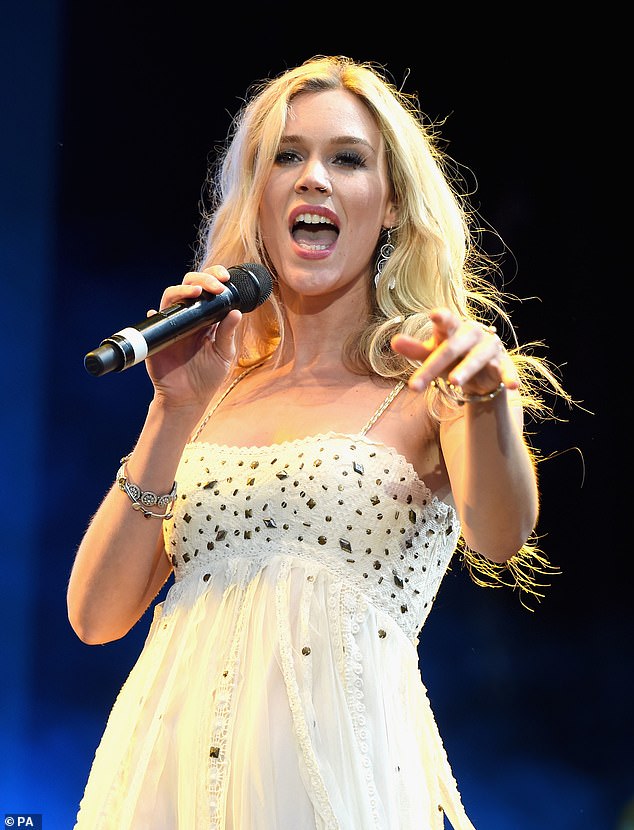 The singer then spoke about the Government's funding for the arts, saying we should all be very grateful for their help.

She said: 'I heard recently that Boris did something, he gave loads of money to the arts in the UK, something huge for the arts!

'I heard that and I was like 'Oh my God, another little gem that's happened to our little nation. We're so bloody lucky!''

Viewers did not take kindly to her comments, venting their frustrations on social

PREV Montana Brown displays her toned abs in a knotted blue crop top
NEXT Alesha Dixon believes having BGT forced off the air could 'work in the favour' ...