Brian Austin Green appears to be back on with his former fling Tina Louise.

The 90210 star recently hinted in an interview that he would 'never say never' to reuniting with estranged wife Megan Fox, despite the fact that she has moved on with her rapper boyfriend Machine Gun Kelly.

However, Brian, 47, only had eyes for tattooed model Tina, 39, as the pair were pictured stripped down to their bathing suits for a beach day in Los Angeles on Monday. 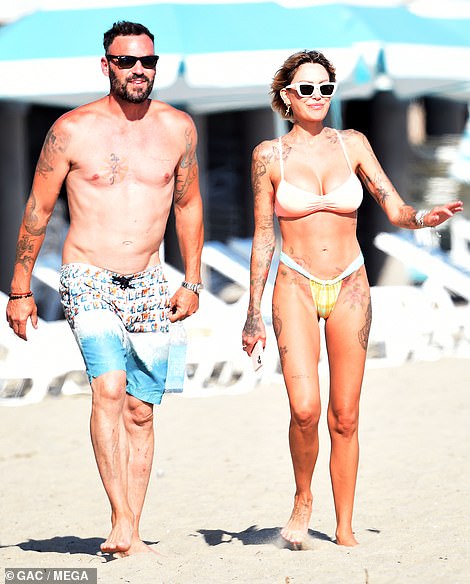 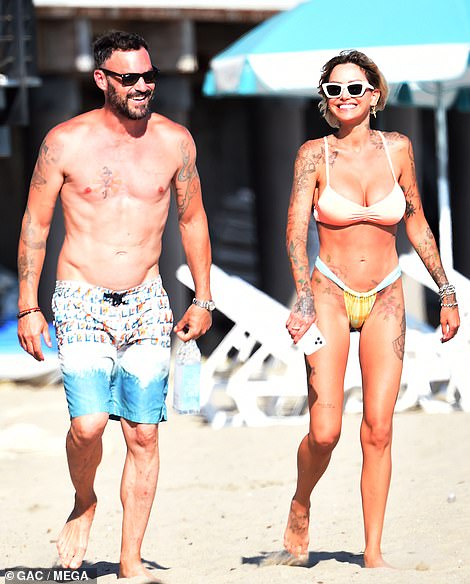 Reunited! Brian Austin Green appears to be back on with tattooed Beauty Tina Louise... as he struggles to keep his eyes of her stunning bikini body for a romantic day on the beach in LA

Brian reportedly split with Tina at the end of July after a month of dating, and he has since caused controversy with former wife Megan, 34, by mocking her gushy social media posts with her new 30-year-old rapper boyfriend, whose real name is Colson Baker.

During their beach outing, Brian could barely keep his eyes off the stunning model, as she showed off her incredible physique in a bikini.

The sighting comes just days after Brian told his Instagram followers he would 'never say never' about getting back together with Megan. 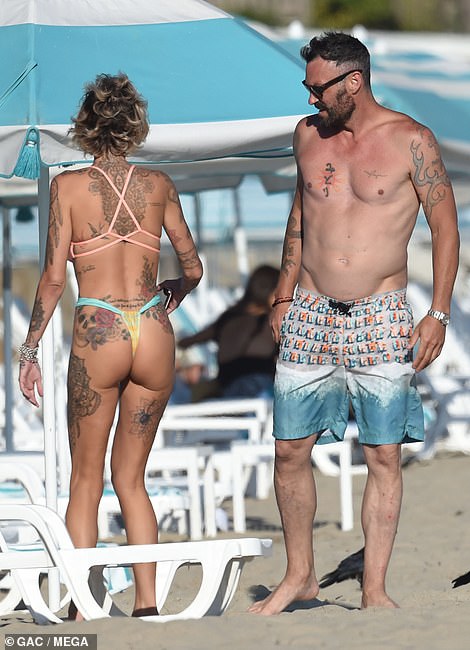 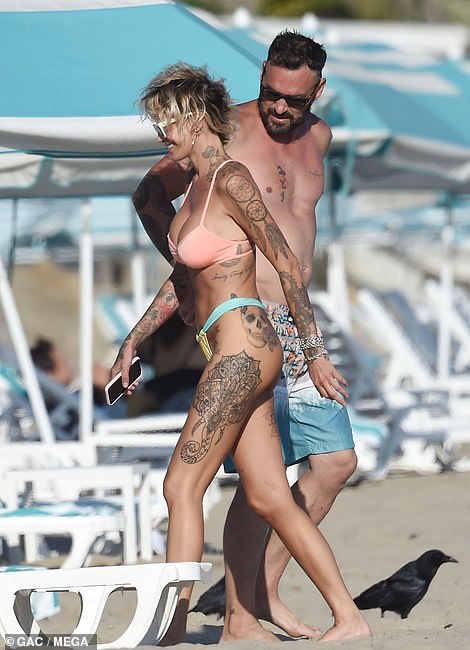 Can't keep my eyes off you! Brian was mesmerized by his bikini babe... days after saying he wouldn't rule out a reunion with his ex Megan Fox, despite the fact she has moved on with Machine Gun Kelly 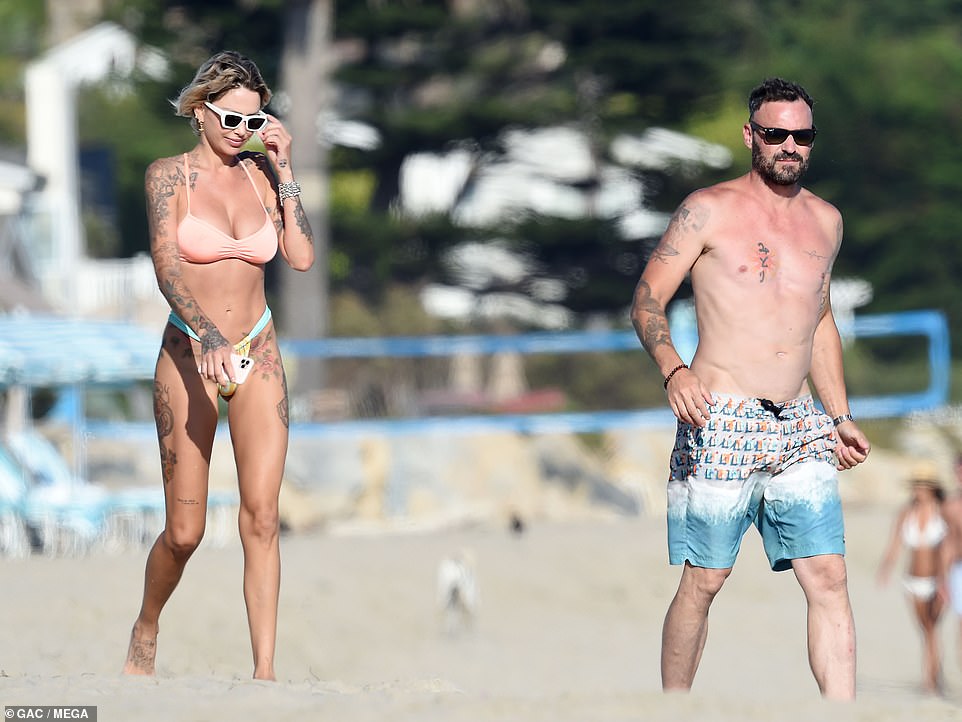 Showing off their tans: Both Brian and Tina looked sensational as they displayed their toned beach bodies while basking in the sunlight in Los Angeles

She's a knockout! Tina Louise is providing a welcome distraction for Brian, who appears to have an issue with his ex wife Megan Fox moving on so swiftly since their split

'I kinda feel like people are on paths in life and sometimes your paths are together and you travel that path together, and you see eye to eye and then sometimes those paths do different things,' he said during an Instagram Live on Saturday.

'We shared a lot together and we really went through a lot together,' he added of Fox, who started dating rapper Colson less than a month after their split. 'At some point I think our paths will regulate a bit and run parallel to each other.'

However, last month, trouble started when Megan posted a sexy mirror selfie of herself and Colson with the caption: 'Achingly Beautiful Boy... My heart is yours.'

The public display of affection appeared to be too much for her ex Brian, who threw shade just hours later by posting a snap of their three sons with the similar caption: 'Achingly beautiful boys.....

PREV Little Mix's Leigh-Anne Pinnock displays her incredible figure in an aqua green ...
NEXT Alesha Dixon believes having BGT forced off the air could 'work in the favour' ...

Watch the staggering footage of SpaceX testing its #Starship engine