Erika Jayne appears to be giving Lisa Rinna a well-earned rest when it comes to sparring with Denise Richards.

In the latest teaser for the virtual reunion of Real Housewives of Beverly Hills, Erika, 49, gets heated with the Wild Things actress, as they once again talk about who said what at Denise's barbecue.

The clip is from the latest episode that will be shown tomorrow night, and once again they're discussing how Denise, 49, is just as potty mouthed as the rest of the cast, after she brought up the claim that her husband Aaron Phypers, 47, has a big penis. 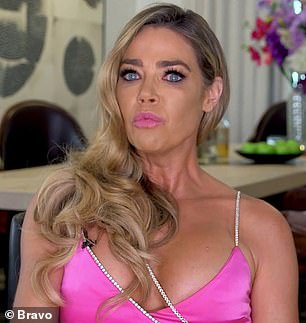 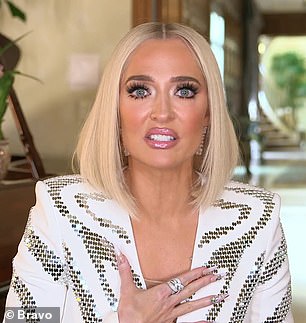 'You opened with, "He still has a big penis." That was, like, the first thing out of your mouth at your own barbecue with your own children sitting right there,' Erika began, adding: 'It comes out of your mouth first. You set the tone.'

Teddi Mellencamp then put her two cents in, as she

PREV Bindi Irwin reveals she and husband Chandler are expecting a daughter
NEXT Alesha Dixon believes having BGT forced off the air could 'work in the favour' ...