He's been back co-hosting the Today show since January and has had plenty of laughs in that time.

And on Wednesday, Karl Stefanovic was left in hysterics during a segment with Melbourne-based sports reporter Tony Jones.

Karl, 46, teased Tony, 58, about the AFL Grand Final moving from the coronavirus-stricken Victorian capital to the Gabba in Brisbane. 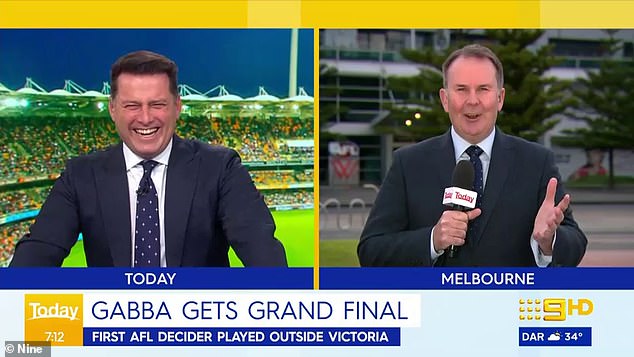 The cheek! On Wednesday, Karl Stefanovic (left) was in hysterics when sports reporter Tony Jones (right) called him a 'stupid little man' live on Today

Karl ribbed Tony, a proud Melburnian, about the move by playing Baby Can I Hold You by Tracy Chapman.

'The COVID blows keep coming for Victoria,' he said. 'This song is just for you, my man. Close your eyes!' 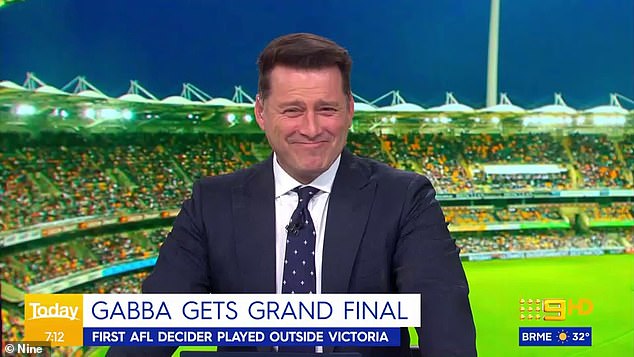 Banter: Karl 46, teased Tony about the AFL Grand Final moving from Melbourne to Brisbane, when Tony took a playful jab at Karl

'You stupid little man, if you honestly think I'm going to come on and be all grumpy and morose, you're wrong, Karl. You're wrong!' Tony said.

'I'm thrilled to the back teeth Brisbane has stolen the

PREV Tammy Hembrow shows off her flat stomach and super toned legs in a white bikini
NEXT Alesha Dixon believes having BGT forced off the air could 'work in the favour' ...