His brother Karl Stefanovic is a longtime star at Channel Nine and the co-host of the Today show.

But despite his family connections with the network, Tom Stefanovic raised eyebrows on Wednesday when he appeared on the rival station, Channel Seven.

Tom and his wife Jenna Dinicola appeared on The Morning Show to promote her family's almond farm, Mandolé Orchard. 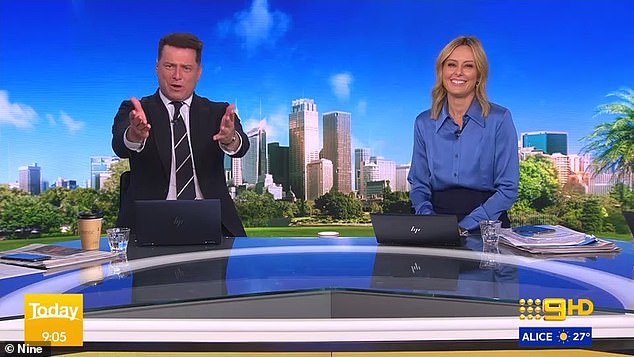 Say what?! Tom Stefanovic raised eyebrows on Wednesday as he appeared on brother Karl Stefanovic's rival network Seven to talk about his almond farm. Karl is pictured on Nine's Today

Her family, including her parents, also appeared in the segment. Their farm is located in Wynangan, NSW, and they produce products including almond milk.

Jenna and Tom gave up their jobs to move back to the country.

Jenna told The Morning Show about the move, saying: 'When you look around it isn't hard to see why we moved back to the country, but more importantly we're really passionate about educating people about the health benefits of Australian almonds.' 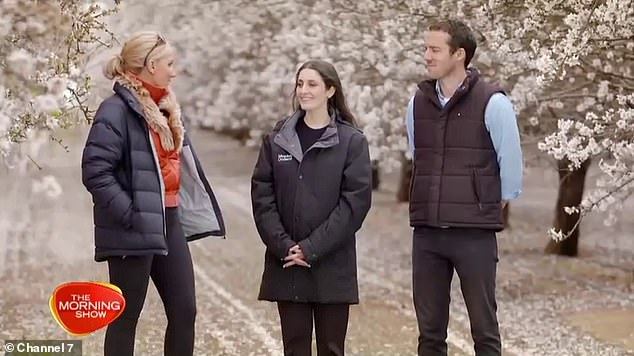 Tom then went on about the 'health benefits' of almonds and said: 'They're a super food or a super nut if you'd like, they're packed with all the essential minerals, vitamins and antioxidants... all the good things in it.'

Tom's appearance on Channel Seven is rather interesting.

PREV Gabrielle Union flips her long braids while showing off her figure in a color ...
NEXT Alesha Dixon believes having BGT forced off the air could 'work in the favour' ...