Bachelor star's BRUTAL clapback at whingeing ex-contestants: Areeba Emmanuel shuts down girls claiming the dating show is 'fake' and 'scripted' Do you have a story about The Bachelor? Email [email protected]

The Bachelor's resident 'boss lady' Areeba Emmanuel has hit back at whingeing former contestants who insist the reality show is 'fake' and 'scripted'.

The outspoken 25-year-old said on Thursday that the most surprising thing about filming The Bachelor was just how genuine the whole experience was.

While she didn't mention any of her co-stars by name, Areeba's comments appear to be in reference to claims made by ex-bachelorette Nadine Kodsi last month. 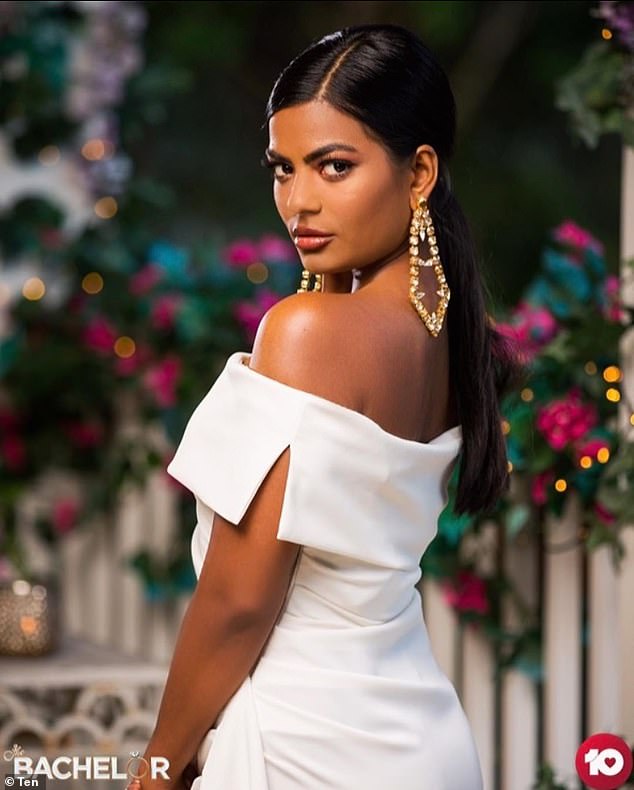 Setting the record straight: The Bachelor's resident 'boss lady' Areeba Emmanuel (pictured) has hit back at whingeing former contestants who insist the reality show is 'fake' and 'scripted'

Nadine tried to publicly expose the show as 'staged' after being eliminated on the first episode, claiming that Locky Gilbert was told what to say via an earpiece.

But Areeba, who was sent packing on Wednesday's show before production went into lockdown, told Now To