Amanda Holden fought back tears while appearing on Lorraine on Friday when she revealed her new single reminds husband Chris Hughes of their stillborn son, Theo.

The TV star debuted her the song, With You, from the musical Ghost on YouTube on Thursday and Chris said it brought back memories of losing Theo back in 2011.

Amanda, 49, said: 'It's a song about grief and loss. It's a very moving song. My whole album means so much for me. 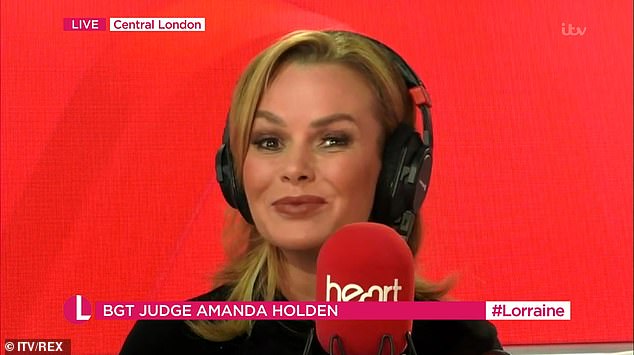 Memories: Amanda Holden fought back tears as she told Lorraine on Friday her new single reminds her 'stoic' husband of their stillborn son Theo who was born sleeping in 2011 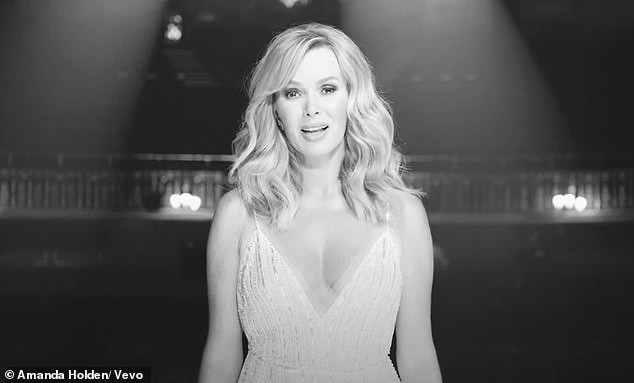 Moving: She debuted her new single With You on YouTube on Thursday and released this video, admitted her husband's reaction to the track 'floored her'

'I sing it a lot. My whole album in fact is about songs that mean so much to me and my family. It was my husband Chris who absolutely floored me one day when I was singing.

Amanda continued: 'Chris is a typically stoic man who was very supportive of me and our girl Lexie when it all happened and never took time for himself.

'So for him to come out with that sentence, it just floored me. That's the first single we thought to release - very emotional.' 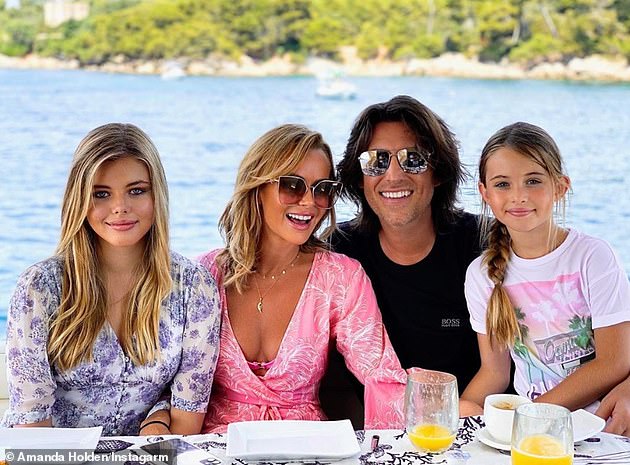 Family: Amanda and her husband Chris Hughes are also parents to daughters Lexi, 14, and Hollie, eight (pictured this summer) 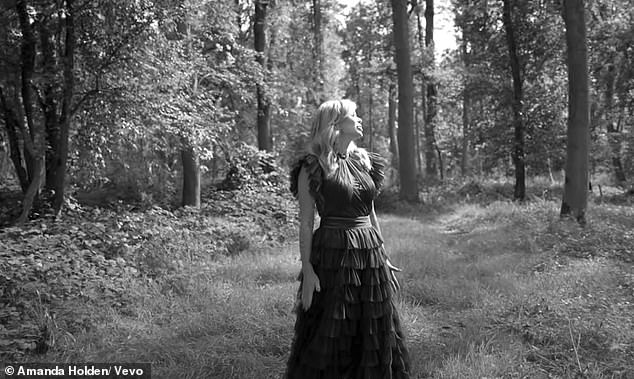 Sneak peek: The Britain's Got Talent judge, 49, exuded glamour as she performed the song on stage in an empty theatre wearing a sequinned gown, before walking through woodland

In a video shared on the show, Amanda exuded glamour as she performed on stage in an empty theatre wearing a sequinned gown, before walking through woodland.

Amanda looked visibly emotional as she walked through a forest in a black tulle pleated gown.

At one point the West End star threw her hands out as she belted out the moving lyrics.

With You comes from Amanda's debut album Songs From My Heart, which feature an array of musical theatre tracks. 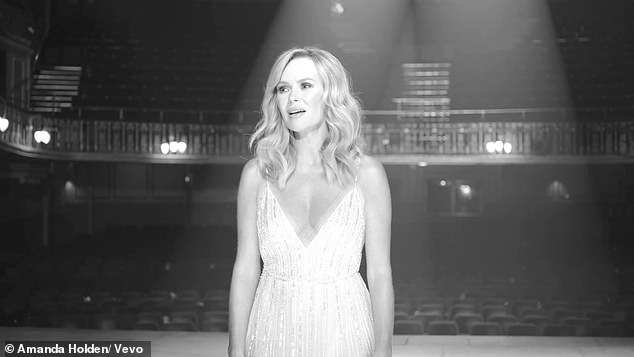 Emotional: Amanda told the host: 'It's a song about grief and loss. It's a very moving song. My whole album means so much for me'

PREV Myleene Klass exudes summer style in a plunging black maxi dress and a large ...
NEXT Alesha Dixon believes having BGT forced off the air could 'work in the favour' ...