Dancing With The Stars makes its triumphant return for season 29 on September 14.

So the celebrity contestants and their professional dance partners are in full swing on the dance floor getting ready for the much-anticipated premiere.

And on Saturday, with just nine days left to practice and prepare for their opening routines, Desperate Housewives alum Jesse Metcalfe and Cheer star Monica Aldama were among the celebs seen making their way to and from the LA rehearsal studio. 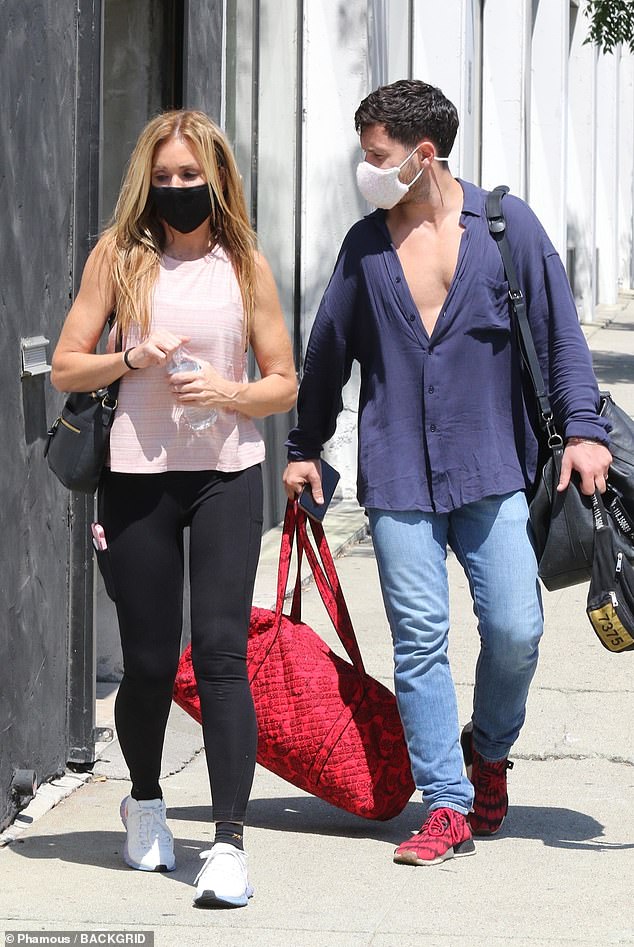 Hint: Monica Aldama, 50, was seen walking with pro dancer Val Chmerkovskiy, 34, fueling speculation that they are partnered up for season 29 of Dancing With The Stars 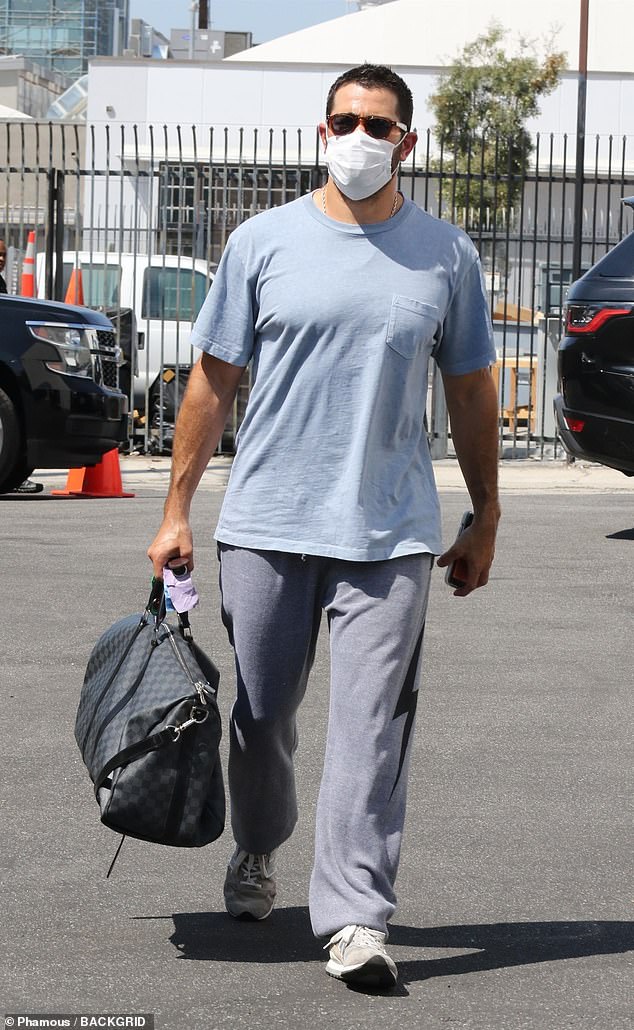 Ready to move: Jesse Metcalfe was seen for the first time arriving for rehearsals

Aldama was spotted leaving the studio with longtime pro dancer Val Chmerkovskiy by her side carrying her bags. There's no doubt many fans will see the sighting as a sign they will be partnered up for the season.

The heralded college cheerleading coach, 50, already looked lean and fit in black leggings with a pink tank top, white sneakers and a black mask amid the still raging COVID-19 pandemic.

Following her rigorous workout, the Texas native wore her voluminous blonde tresses long and flowing past the middle of her back with a center part.

Chmerkovskiy, who's a two-time champion of DWTS, showed off his rock-solid physique in fitted blue jeans, a blue shirt that had several buttons left undone and a white protective mask. 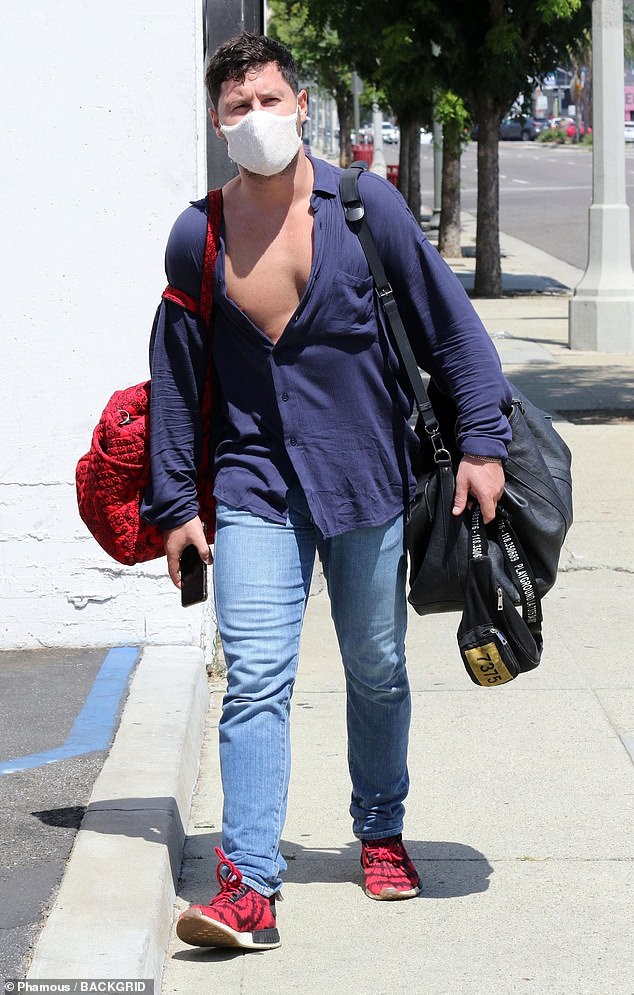 Fit and ready: Chmerkovskiy, who's a two-time champion of DWTS, showed off his rock-solid physique in fitted blue jeans and a blue shirt that was left unbuttoned midway down 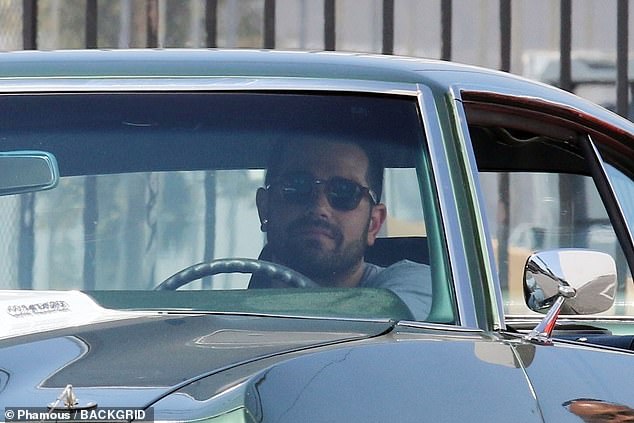 Mean machine: Metcalfe pulled up to the DWTS studio in his vintage muscle car 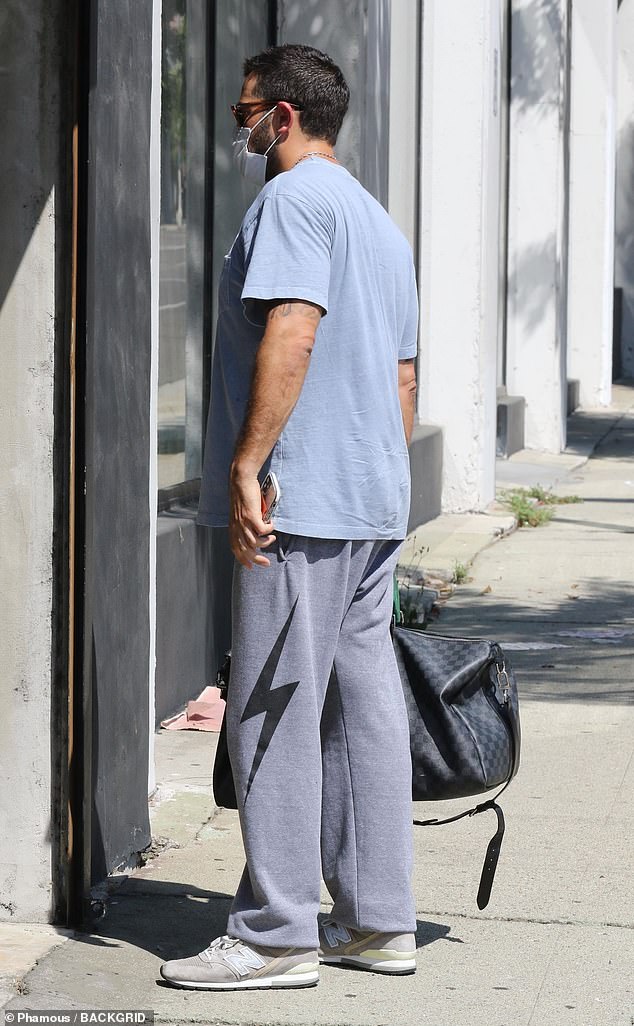 Metcalfe, 41, was seen for the first time pulling up to the DWTS studio in his vintage muscle car just before professional Sharna Burgess, who won season 27 with celebrity partner Bobby Bones.

Not long after, the Dallas star could be seen mulling about outside the entrance of the studio in a sporty ensemble consisting of grey sweatpants, a light blue

PREV Emily Ratajkowski puts ample cleavage on display as she takes the plunge in ...
NEXT Alesha Dixon believes having BGT forced off the air could 'work in the favour' ...

Managing editor of conservative site RedState who attacked Fauci works for his ...