His younger half-brother Simon Cowell has been nicknamed The Terminator in recent weeks as he's managed to recover from a six-hour spinal surgery after breaking his back in a bike accident last month.

And journalist Tony Cowell attempted to bring some light relief following his sibling's horrific mishap as he shared a funny tweet on Saturday.

Alongside an image of a standard bicycle, the columnist, 69, wrote: 'A bike. A normal bike. Much safer than electric bike. #Greece.' (sic) 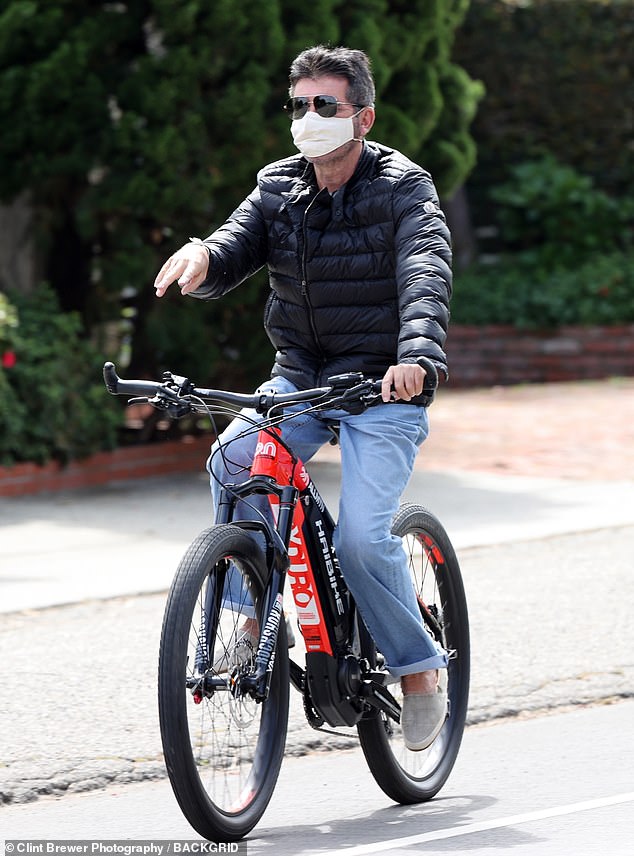 The funny side of things: Simon Cowell's half-brother Tony attempted to bring some light relief by sharing a playful tweet on Saturday after the mogul's his bike injury (pictured in April)

Music mogul Simon, 60, has five siblings in total, although only one of them - Nicholas, 58 - is from both his parents Julie and Eric. He had another brother, Stephen, who tragically died as a baby.

Tony's mother was Jeannette Cowell, a former-wife of his and Simon's father Eric, who passed away in 1999.

The writer previously claimed growing up with the Syco boss was 'hell', as he told Star magazine in 2011: 'He was like that kid Damien from the film The Omen.

'He was a really difficult child. He was a naughty teenager... drinking and smoking at an early age.' 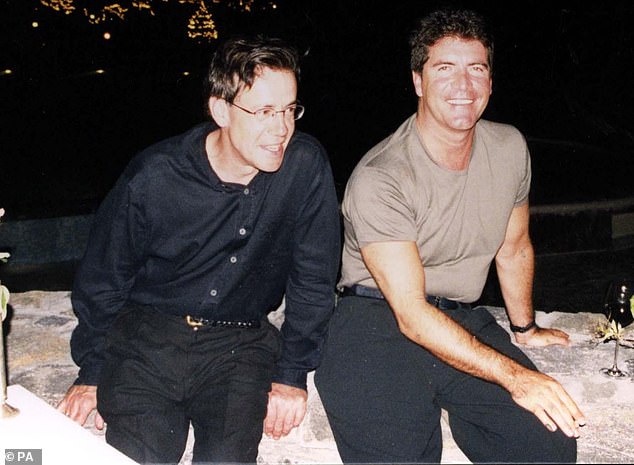 'He was a naughty teenager': The journalist, 69, previously claimed growing up with the Syco boss, 60, was 'hell' (pictured together in throwback image) 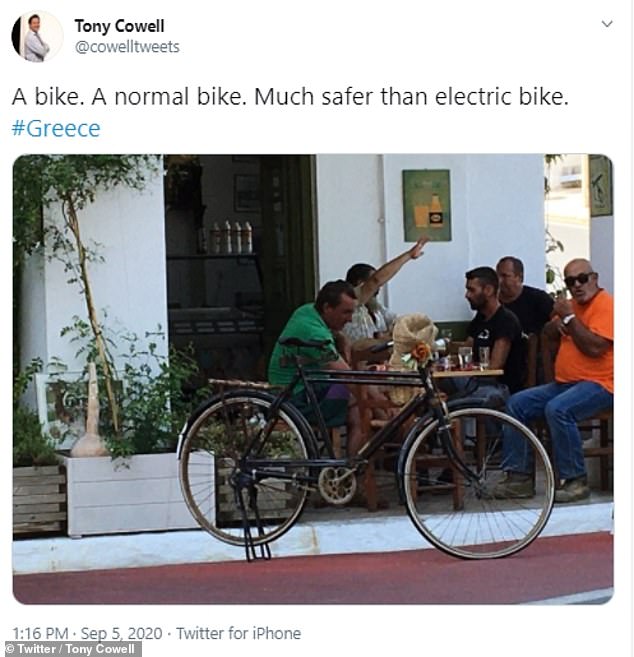 Cheeky! Alongside an image of a standard bicycle, the columnist, 69, wrote: 'A bike. A normal bike. Much safer than electric bike. #Greece'

TV personality Simon injured himself just a few weeks ago after testing his new electric bike in Los Angeles.

He broke three vertebrae in the fall and has had a steel rod inserted in his back after the painful accident.

On how fast he's bounced back from the painful accident, a source told

PREV Lisa Snowdon reveals she was sent home from Milan by 'savage' designers for ...
NEXT Alesha Dixon believes having BGT forced off the air could 'work in the favour' ...