The Bachelor EXCLUSIVE: How the cast suspected Bella Varelis was an actress after she spent 'a lot more time with producers' than anyone else Do you have a story about The Bachelor? Email [email protected]

The Bachelor's Bella Varelis has strongly denied being a 'secret actress', after rumours swirled she was only on the dating show to boost her profile.

And Daily Mail Australia can exclusively reveal that Bella's own co-stars in the mansion suspected she had an ulterior motive for signing up.

An insider said on Tuesday on that several women doubted her intentions because she spent so much one-on-one time with the producers. 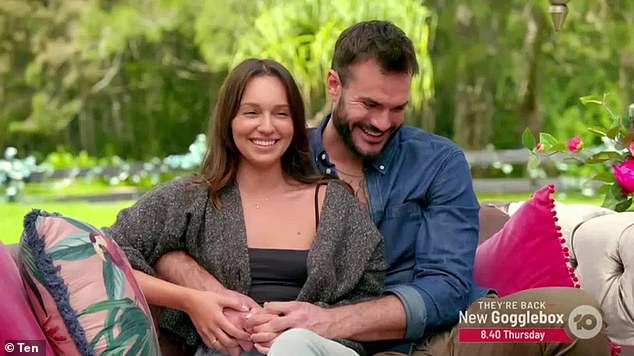 Multiple Bachelor stars were convinced Bella Varelis, 25, (pictured) was an actress after she spent 'a lot more time with producers' than anyone else. Pictured with Locklan 'Locky' Gilbert

'It has hard to try and compete with Bella because, she spent a lot more time with producers than anyone else,' the source claimed.

'She always seemed way too self-aware, while other girls didn't care how they were perceived [on camera].'

The insider added that Bella was 'very vague' when asked about her job in marketing, and as consequence 'nobody really knew what she did for a living'.

PREV Chloe Madeley reveals she was accused of nepotism as the daughter of TV icons ...
NEXT Alesha Dixon believes having BGT forced off the air could 'work in the favour' ...