He recently revealed he transformed his lifestyle because he wants his younger wife Anna to be 'physically attracted' to him.

And Gregg Wallace was happily showing off the impressive results of his four-stone weight loss as he enjoyed a spot of yoga on Tuesday.

The Masterchef host, 55, beamed for the camera as he balanced on one trim leg and held his hands together in a prayer pose, or Anjali Mudra. 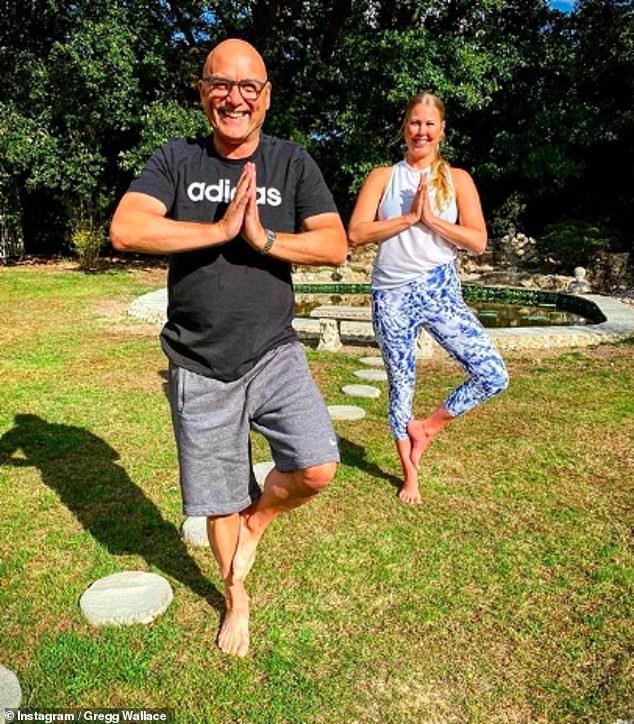 Keeping fit: Gregg Wallace showed off the results of his new healthy lifestyle and four-stone weight loss as he enjoyed an outdoor yoga session on Tuesday

Gregg kept things casual for his workout, donning a pair of grey shorts and a black Adidas t-shirt.

He was also joined by an instructor from yogaxtend for the session and announced to his followers that yoga will be coming soon to his fitness website showme.fit.

Gregg has been encouraging his fans to transform their lifestyles in recent weeks and sharing the impressive results of his own weight loss.

On Monday Gregg posted a shirtless snap of himself flaunting his now toned chest which he has previously referred too as his 'almost six pack'. 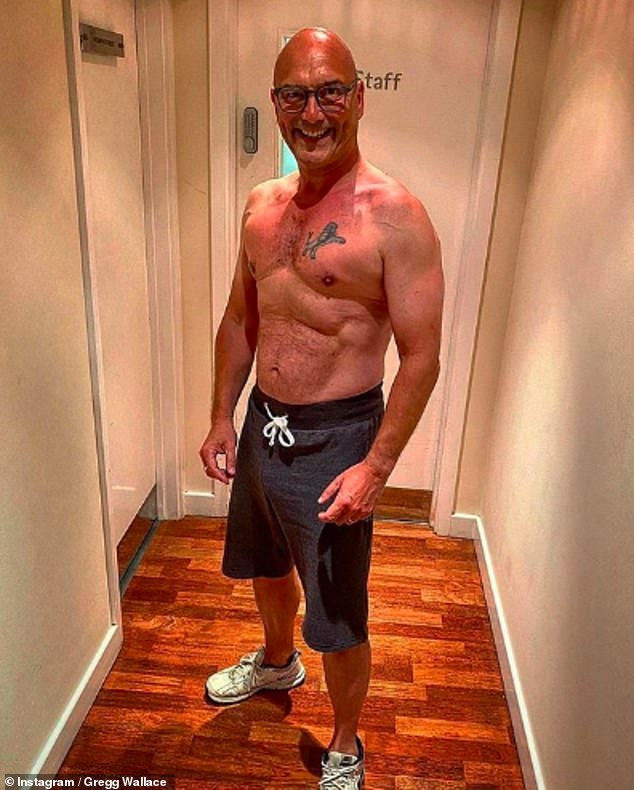 Toned: The Masterchef host has been sharing regular updates of his fitness journey by sharing shirtless selfies flaunting his 'almost six pack'

It comes after he admitted he believes losing weight is the best way to keeping sparks flying with his wife Anna, who is 21 years his junior.

The TV personality recently revealed that he transformed his lifestyle as he wants his wife, 33, to be 'physically attracted' to him after he became disillusioned with the idea of being the 'older and fatter' partner.

PREV Baby joy for Gigi Hadid and Zayn Malik! Model's father Mohamed shares sweet ...
NEXT Alesha Dixon believes having BGT forced off the air could 'work in the favour' ...