He is going through a high-profile split from Megan Fox.

And on Wednesday, Brian Austin Green got support from some friends on an outing in Los Angeles.

The former Beverly Hills, 90210 star, 47, was seen grabbing an iced coffee with his pals and then shared hugs before heading off. 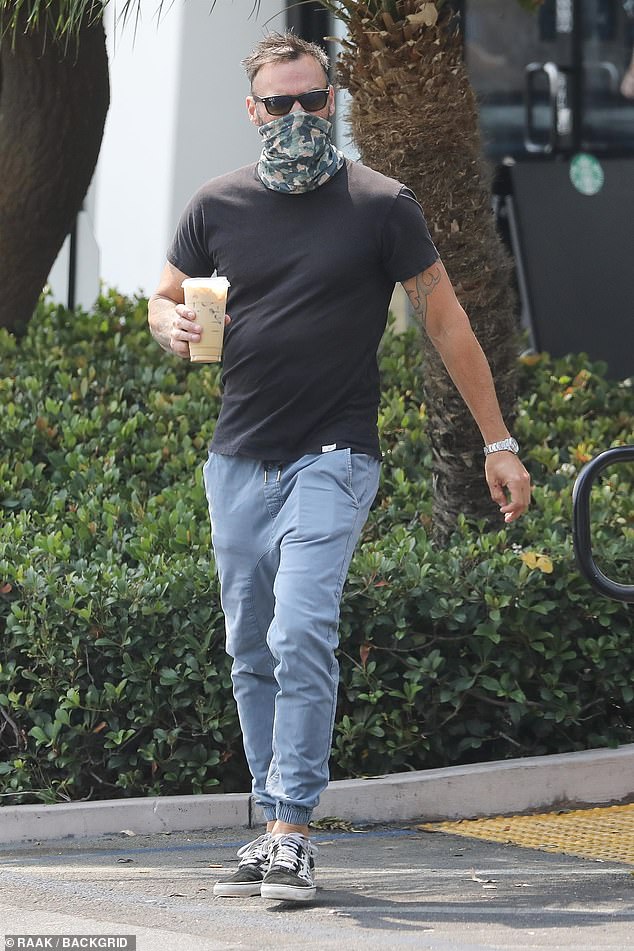 Separated: Brian Austin Green was seen grabbing an iced coffee in LA on Wednesday amid his ongoing high-profile split from wife Megan Fox

Green was dressed casually in a black t-shirt and blue cotton pants with elasticated cuffs.

He added Converse sneakers and a camo face mask and sported sunglasses.

Green and Transformers star Fox had started dating after meeting on the set of a TV sitcom in 2004. Following an on-off-on again engagement, the pair tied the knot in 2010.

They have three children together - Noah, who turns eight later this month, Bodhi, six, and Journey, four. 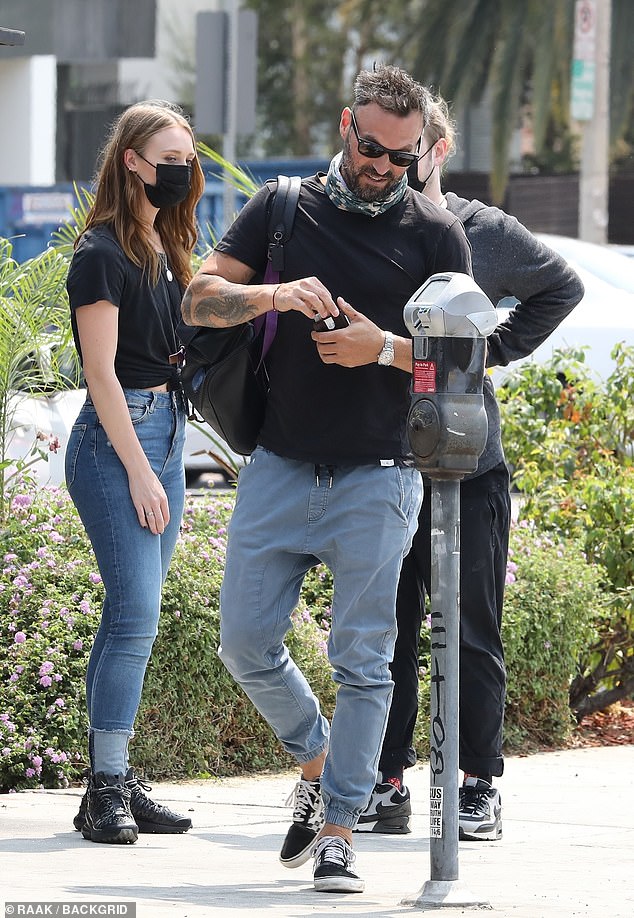 Relaxed: Green, 47, was dressed casually in a black t-shirt and blue cotton pants with elasticated cuffs. He added Converse sneakers and a camo face mask and sported sunglasses 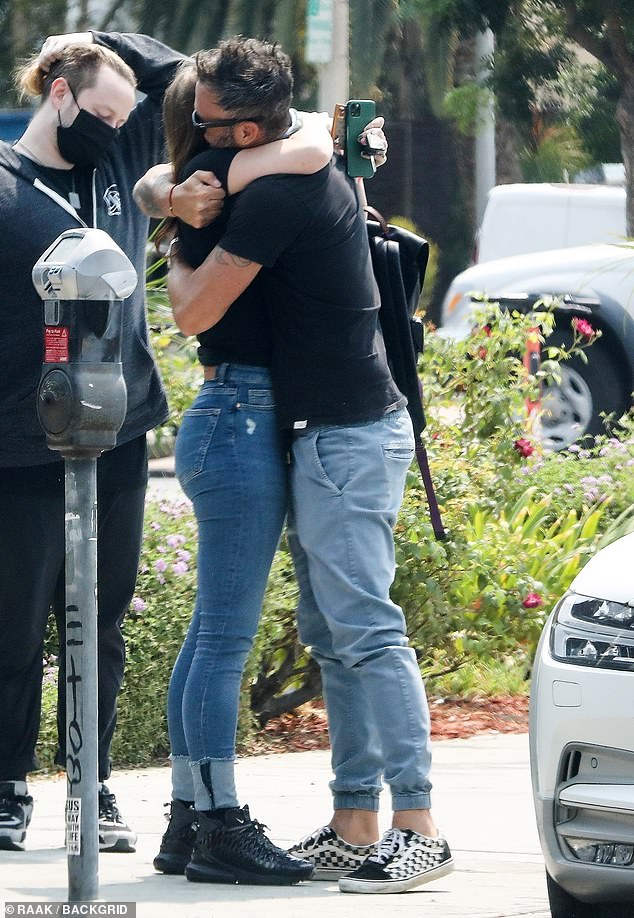 Leaning on pals for support: The former Beverly Hills, 90210 star, 47, had met up with some friends and was seen sharing heartfelt hugs before heading off

Fox, 34, split from Green after meeting rapper Machine Gun Kelly, 30, on the set of the movie Midnight In The Switchgrass.

They went public with their romance in May.

The couple made things Instagram official with a black-and-white

PREV Elsa Pataky pays tribute to 'amazing dad' Chris Hemsworth on Father's Day
NEXT Alesha Dixon believes having BGT forced off the air could 'work in the favour' ...