Jennifer Garner means business as she walks to a meeting carrying stack of notebooks... but keeps it casual in leggings and trainers

By Christine Rendon and Sarah Sotoodeh For Dailymail.com

Jennifer Garner was ready for Casual Friday on Thursday.

The actress, 48, appeared to be going to a low-key meeting in Brentwood, dressed down in a black T-shirt, leggings, and trainers.

However, she did carry a small stack of notebooks - proving she meant business. 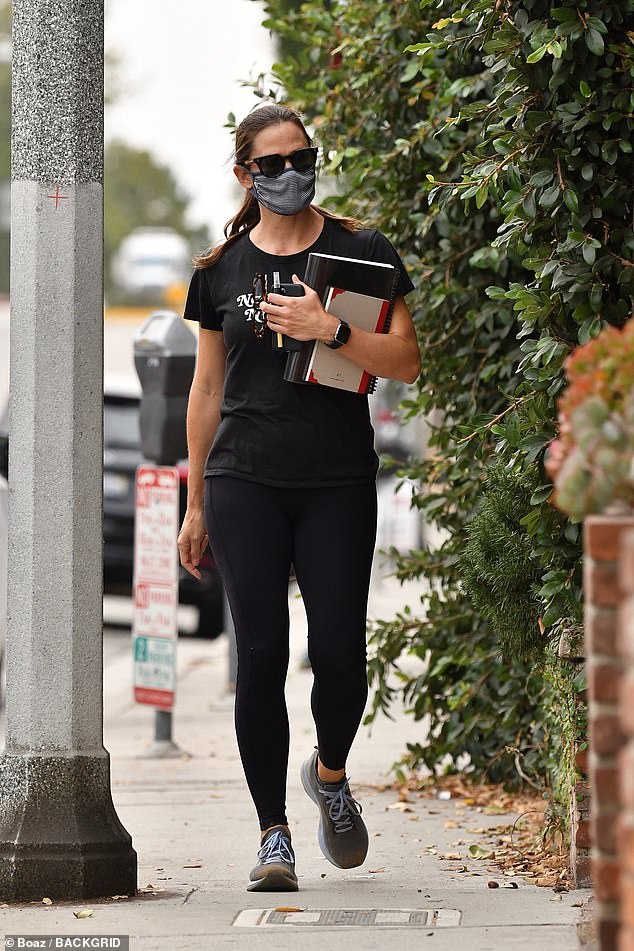 Casual Friday! Jennifer Garner appeared to be going for a meeting in Brentwood on Thursday, dressed down in a black T-shirt, leggings, and trainers

The star was spotted determinedly strolling towards her destination, juggling the notebooks with a pen, cell phone, and pair of glasses.

While the sun may not have been out, that was no excuse for Jennifer not to protect her eyesight.

The actress put safety first with her stylish sunglasses.

Jennifer's outing comes a little over a week after more details about her relationship with her businessman ex John Miller came to light. 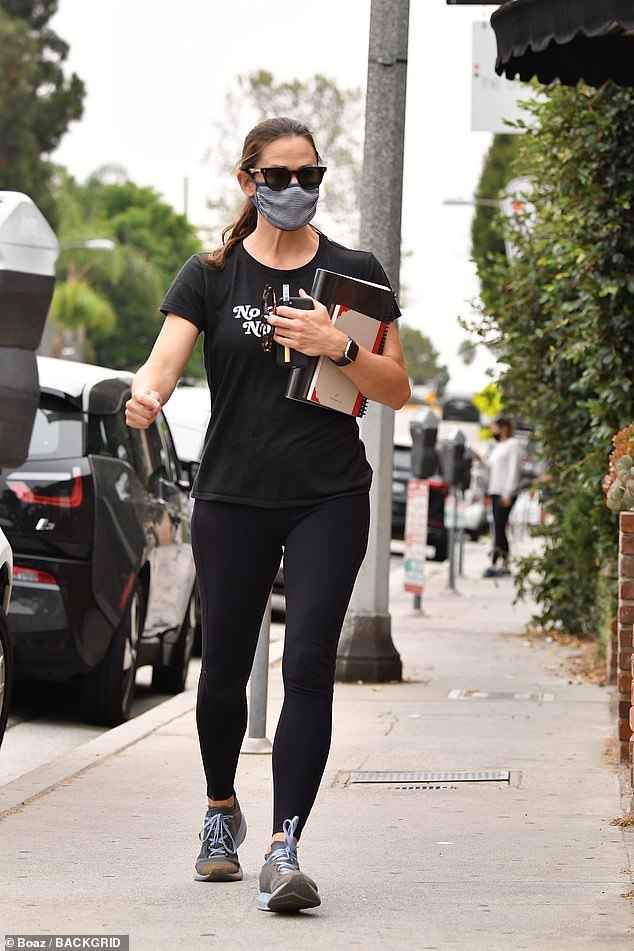 Safety first: Garner protected herself with a pair of sunglasses and face mask

Jennifer began dating John following the end of her marriage to Ben Affleck, and it has been reported the businessman entered her life 'at a low point', a source told Us Weekly.

'Jen says John brought her back to life,' according to the source, although 'it just wasn't meant to be.'

PREV Sinitta, 51, poses up a storm during outdoor photoshoot
NEXT Alesha Dixon believes having BGT forced off the air could 'work in the favour' ...