Michelle Rodriguez says she asked for female writer to be added to Fast & Furious team... and reveals details on space scene in movie

Michelle Rodriguez opened up about the emergence of a female writer on staff for the Fast & Furious movie, as well as the inclusion of space scenes in the action film series.

The 42-year-old actress, speaking on on SiriusXM Thursday, said that she successfully lobbied producers to add a female writer to the staff of the film series. 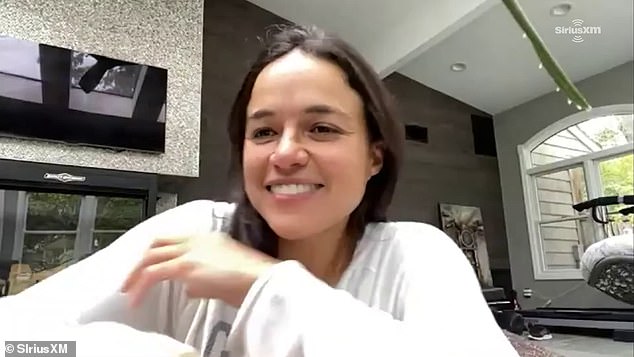 The latest: Michelle Rodriguez, 42, opened up about the emergence of a female writer on staff for the Fast & Furious movie, as well as the inclusion of space scenes in the action film series

The Machete Kills Beauty said it was necessary to integrate a female perspective to the creative side of the action film anthology.

'I’m just really, really happy that, that it was able to happen and that they brought female writers on board to kind of just cause the thing is, is that all the guys are focused on the guys, period,' Rodriguez said. 'It’s just an egoist natural thing.

She continued: 'For people, people just care about themselves usually, or people who look like them or act like them or have the same genitalia, I don’t know. It’s just how it works. And so I just know that if I bring up a female writer and she might care a little more

PREV Lauren Goodger forced to scrap plans for her extravagant 34th birthday bash ...
NEXT Alesha Dixon believes having BGT forced off the air could 'work in the favour' ...