She's set to grace screens on Seven's The All New Monty: Guys and Gals on Sunday.

But on Wednesday, Erin Holland began 14 days of hotel quarantine after landing in Brisbane from Sydney.

The 31-year-old model and singer has been detailing the experience so far on Instagram, and joked how she already 'lost the plot' on day three. 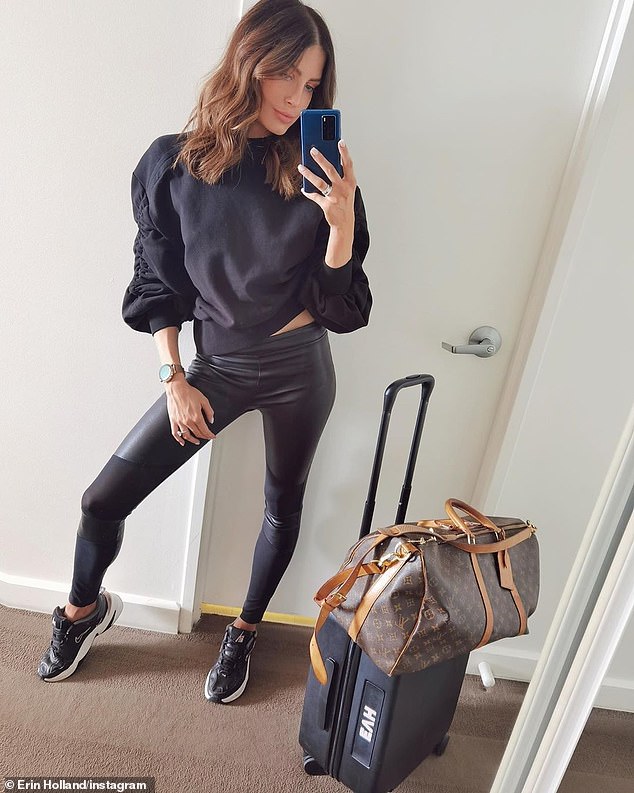 In a clip shared to Instagram Stories on Friday, Erin showed off her best dance moves in her hotel room to Metro Station's hit Shake It.

She revealed her trim figure in a tank top and leggings, and swept her brunette locks back off her face. 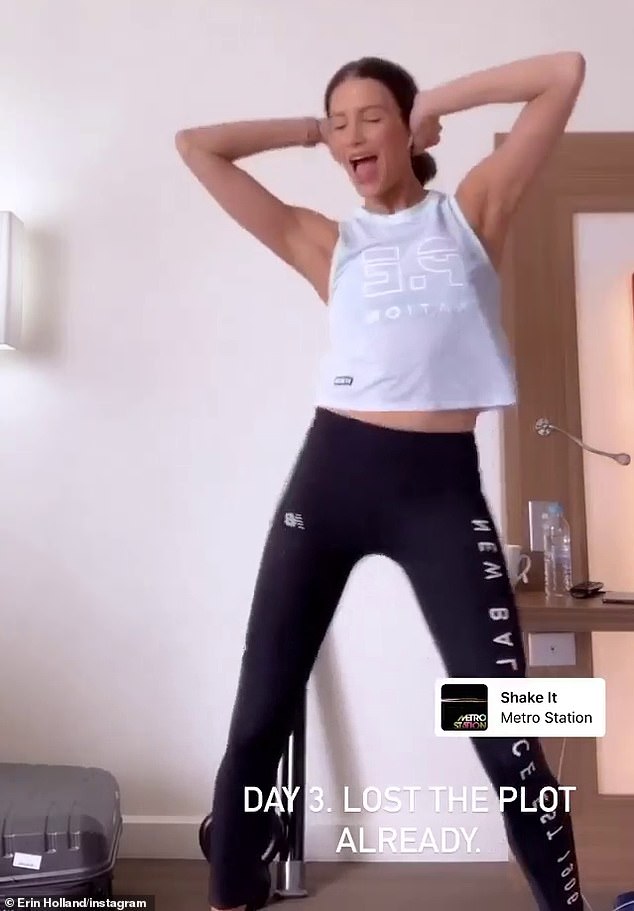 Busting a move: In an Instagram Stories clip on Friday, the model and singer joked how she's 'lost the plot already' on day three. Erin was seen dancing in her hotel suite 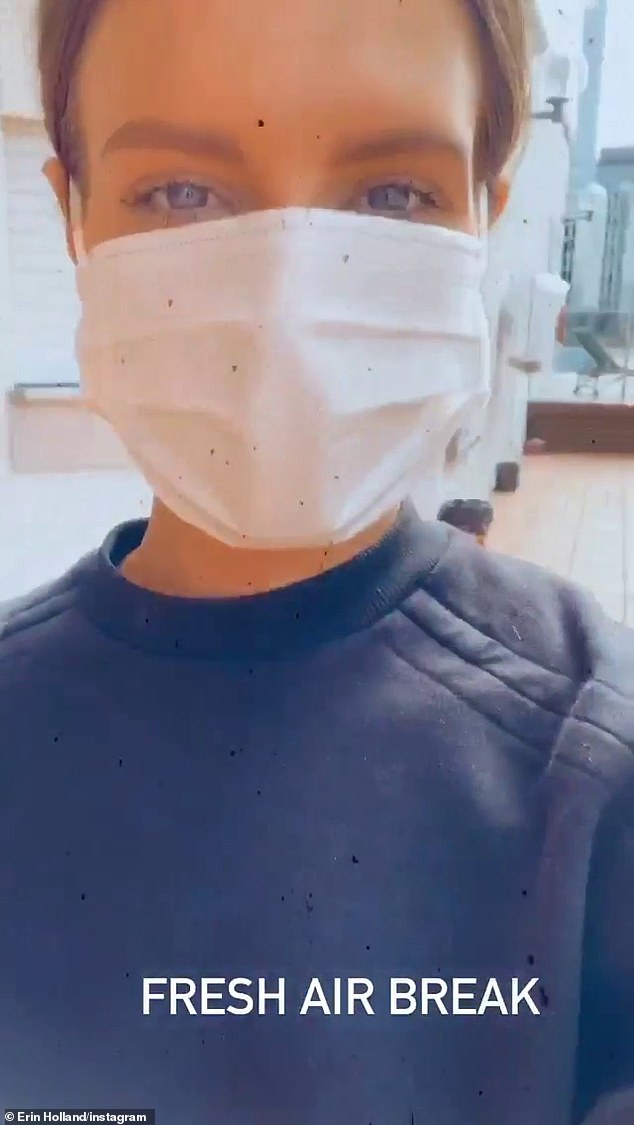 Staying active: Erin later enjoyed a 'fresh air break' on the rooftop of her hotel. She wore a casual ensemble and a face mask

The brand ambassador later enjoyed a 'fresh air break' on the rooftop of her hotel, while wearing a casual ensemble and a face mask.

PREV Real Housewives Of New York City Reunion: Tinsley Mortimer reveals why Dorinda ...
NEXT Alesha Dixon believes having BGT forced off the air could 'work in the favour' ...