Michael B. Jordan covers Wonderland Magazine's Autumn issue in head-to-toe Coach ensemble as he focuses on 'the impact he wants his work to have'

He recently lost a dear friend and costar from one of the most successful films of the last decade.

And Michael B. Jordan struck a stately and regal pose on the cover of the Autumn 2020 issue of Wonderland Magazine, in an upscale ensemble that was head-to-toe Coach – the luxury brand for which the actor is a spokesman.

The Black Panther star, 33, looked confident in the outfit of varying greys, wrapped in an earth-toned blanket as he sat on a couch. 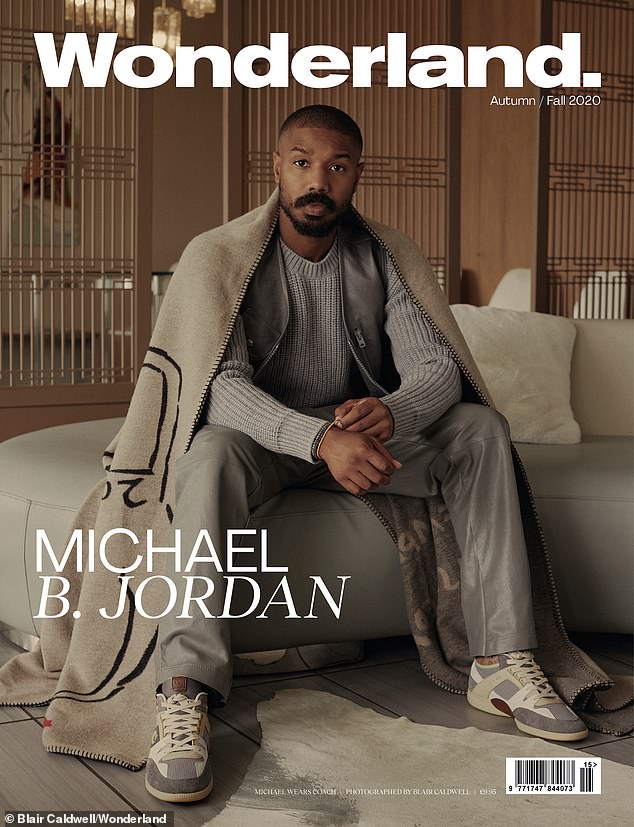 He's the man: Michael B. Jordan struck a stately and regal pose on the cover of the Autumn 2020 issue of Wonderland Magazine

Jordan sported a healthy mustache in the shot styled by Toni Blaze and Jason Rembert, with photography by Blair Caldwell.

The Just Mercy actor's sneakers were Coach issue as well, in grey and tan accented with dark red. 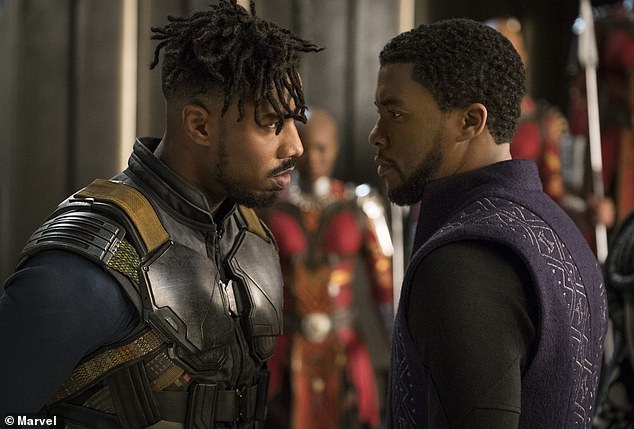 RIP: Michael, along with countless others, is grieving the loss of dear friend and costar Chadwick Boseman of Black Panther; the pair seen here in that 2018 film

His feed also contains several shares dedicated to his late Black Panther costar Chadwick Boseman, who tragically passed away last month at the age of 43 after a years-long and secret battle with colon cancer.

PREV Joe Swash takes Stacey Solomon on surprise date to Ikea
NEXT Alesha Dixon believes having BGT forced off the air could 'work in the favour' ...