Revealed: The TRUTH behind Bachelor Locky Gilbert's 'iso earring' and the scene that never made it on air

By Kristy Johnson and Mary Mrad For Daily Mail Australia

Fans were shocked to notice Locky Gilbert rocking an 'iso earring' during Thursday night's episode of The Bachelor.

And now Locky has revealed how the bold new piece of jewellery came about, in the comments section of funnyman Hi Josh's latest Instagram post on Friday.

The 30-year-old explained how contestant Izzy Sharman-Firth pierced his ear during the cocktail party this week, with producers choosing not to air the footage. 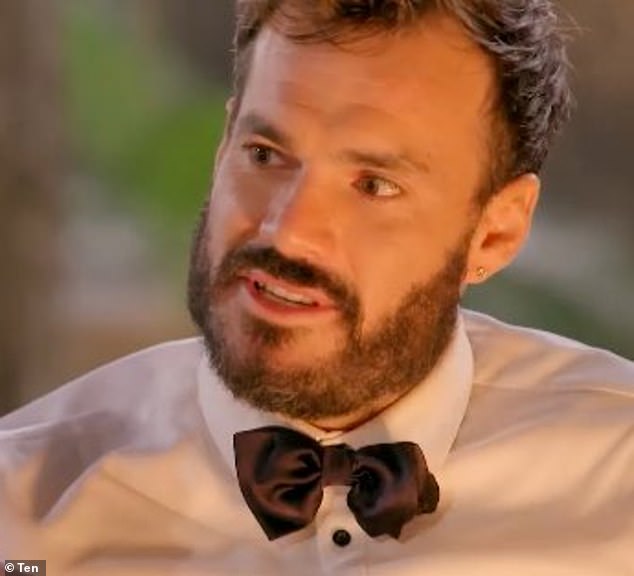 Hi Josh replied: 'You just answered the mystery for a lot of people.'

Followers of Hi Josh were quick to comment, including some who asked why the scene never made it on air. 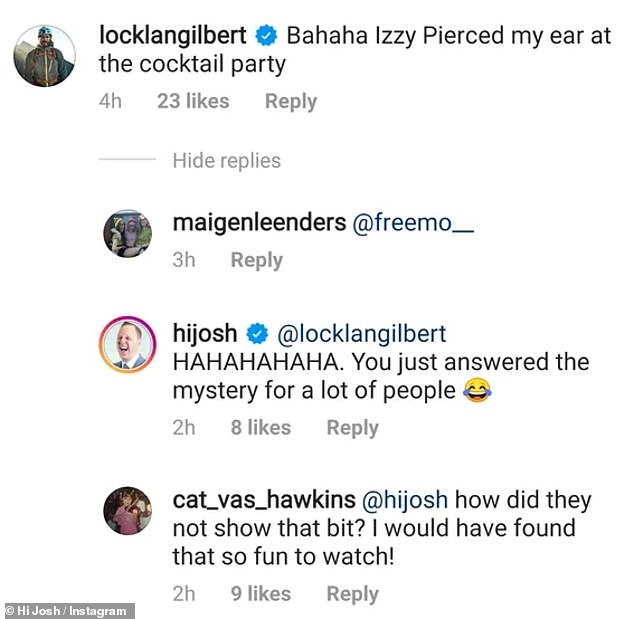 PREV Victoria Beckham cuts an elegant figure in a lemon top and teal trousers
NEXT Alesha Dixon believes having BGT forced off the air could 'work in the favour' ...

sport news Heather Watson crashes out of French Open after losing in straight sets to ...