The WAG, 34, is said to want to undertake 'forensic analysis' of the 38-year-old's electronics to look for evidence, according to a report from The Sun on Saturday.

The two are currently engaged in an ongoing feud which began when Coleen accused Rebekah of leaking stories to the press last year, a claim Rebekah vehemently denies. 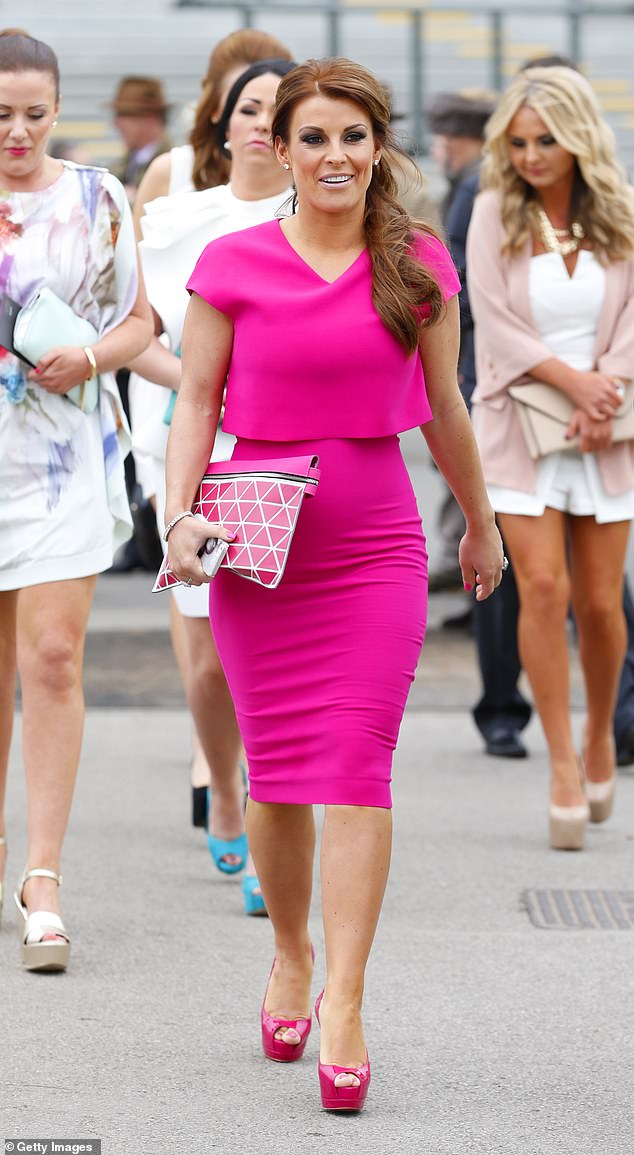 A source speaking to the publication claimed: 'Coleen met with her lawyers and they’ve told her they need to continue putting together more evidence. 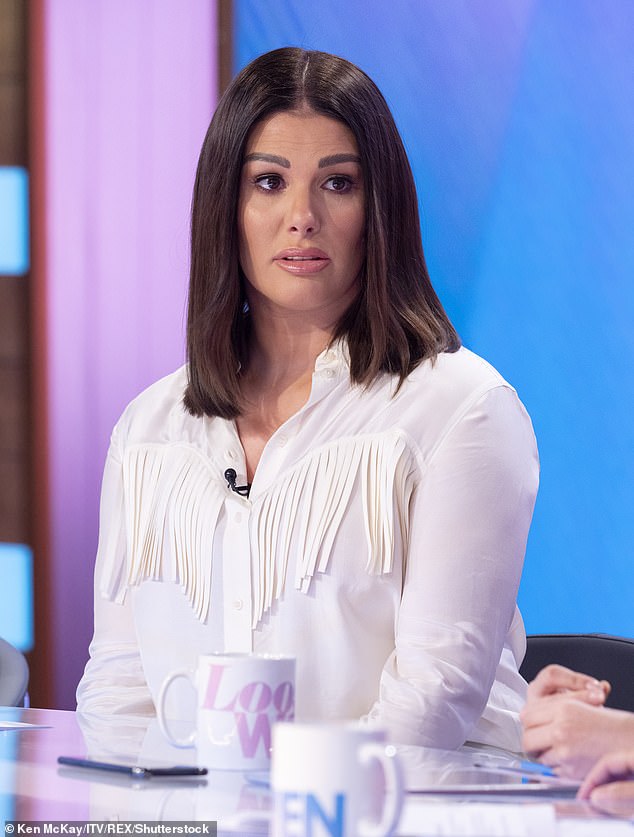 Making a case: The WAG is said to want to undertake 'forensic analysis' of Rebekah's (pictured) electronics to look for evidence of her leaking stories to the press, which she has denied

It was also claimed by the publication that Coleen and her legal team will reportedly need a court order to be able to do so.

MailOnline has contacted Coleen and Rebekah's representatives for comment.

Coleen reportedly declared that she 'won't be bullied' by Becky when their libel case goes to court.

A source told The Sun that 'Coleen is totally confident. She says she won't be bullied and is ready for a scrap.' 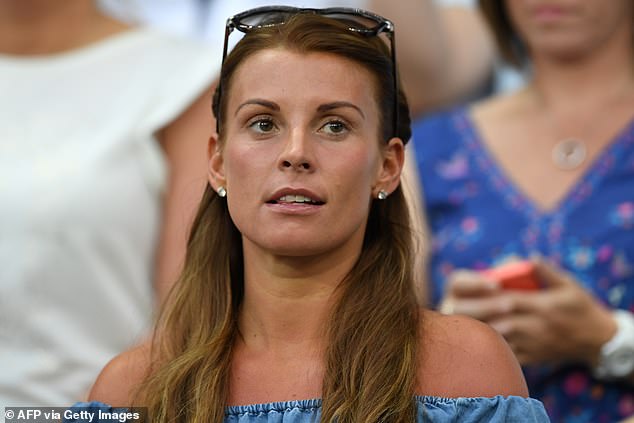 Evidence: A source claimed Coleen 'needs to prove that Becky was directly responsible for the leaks or, at the very least, that the information came from her social media account'

Coleen has also said she won't be intimidated by 'strong-arm tactics' saying Rebekah's attempt to hurry along legal proceedings are 'laughable'.

This follows further claims that Coleen said she is 'not worried at all' about Rebekah's apparent rush to bring their WAG war to court 'immediately'.

According to reports, Coleen has told pals that her WAG rival is only speeding things up as she's 'concerned' what Coleen's lawyers will find.

The Sun claims that amid Rebekah's apparent call for Coleen to 'put up or shut up', the Liverpool native remains confident she has an 'extremely strong case'. 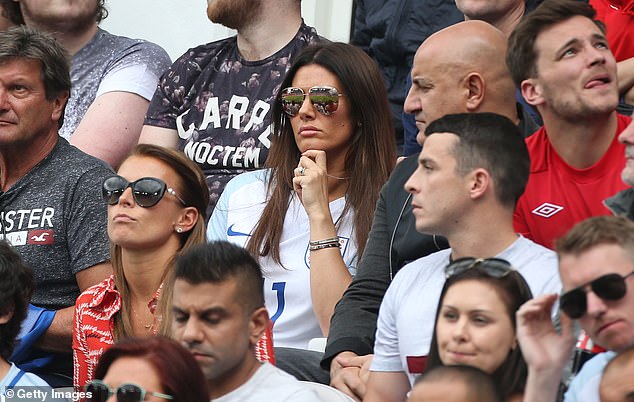 Legal procedures: It was also claimed by the publication that Coleen and her legal team will reportedly need a court order to be able to do so

A source told the publication: 'Coleen remains confident that she has an extremely strong case. She almost laughed when she saw the story about Becky’s latest move, which has not worried her at all.'

The publication states that Coleen has vowed to fight back against Rebekah's rush of taking things to court, and will instead spent time building a strong case.

They continued: 'Coleen will be setting out her defence in the next few weeks. She is very happy with her legal team, who have been working around the clock on this.

'Her lawyers specialise in investigative law and they are going through every form of communication between the two and between Becky and others since before Coleen started planting Instagram stories. So she is happy for her team to take their time to do this and not be rushed into anything by Becky.' 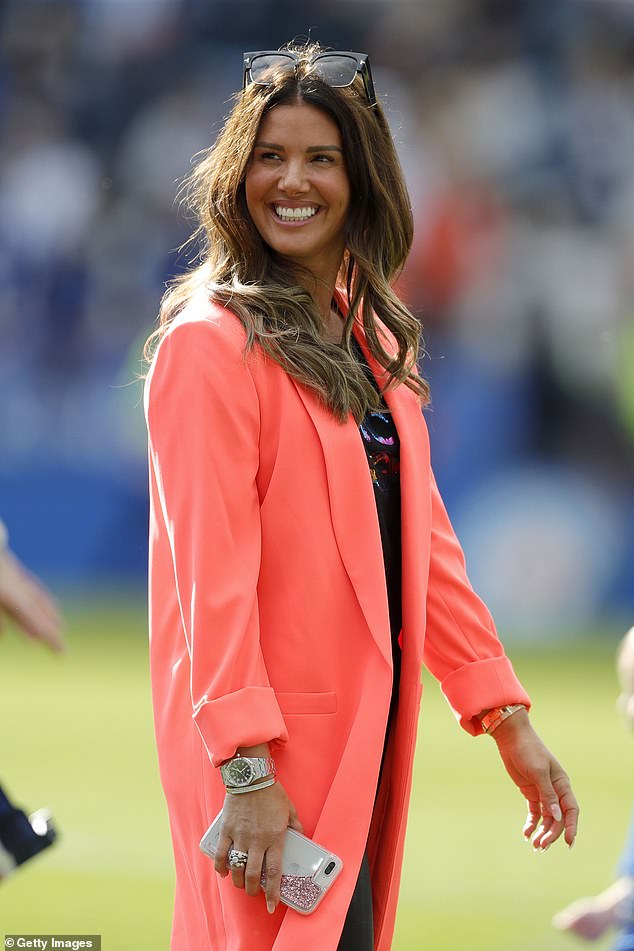 Feud: It was recently claimed Coleen said she won't be intimidated by 'strong-arm tactics' saying Rebekah's (pictured in 2019) attempt to hurry along legal proceedings are 'laughable'

The insider went on to add that Coleen reckons Rebekah is putting on a front that she's 'ballsy' but is secretly 'worried' about her defence.

They added that Coleen has the 'full support' of footballer husband Wayne, 34.

MailOnline have contacted representatives of Coleen and Rebekah for comment.

It was reported that Rebekah has filed the papers under the impression that Coleen is 'dragging her heels' following her bombshell accusations she has been selling stories about her to The Sun.

The shock move is said to have come after Rebekah came to the conclusion that Coleen was purposefully 'dragging her heels' and wants her to 'put up or shut up' as the legal battle rumbles on.

According to reports, the session, which will be held later this year, will determine whether the wife of footballer Jamie Vardy was 'libelled' when Coleen accused her

PREV My Kitchen Rules all-stars Jake and Elle's bittersweet victory six months on
NEXT Alesha Dixon believes having BGT forced off the air could 'work in the favour' ...