A disgruntled father-of-two has slammed Weekend Today for 'dumping' his daughter's scheduled appearance on the show to make room for Chris Hemsworth on Saturday.

The Weekend Today team were shocked when the Thor actor, 37, suddenly appeared on-screen to read the weather during a segment filmed in Scone, New South Wales.

Chris' surprise cameo meant the Today film crew couldn't travel to Ballina in time for the show's subsequent segments - including one featuring cheerleading children from the Epic Cheer Allstars gym. 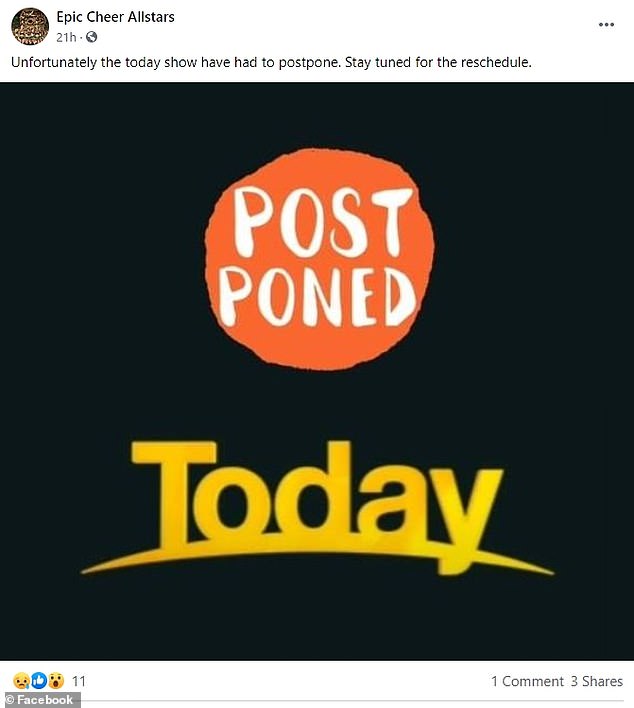 'Way to go kicking small town sports in the guts': Chris Hemsworth's surprise Weekend Today appearance has been slammed by a furious father whose daughters' cheerleading segment was axed to make room for Hollywood star

Kev Graham, whose daughters Lyla, 10, and Taya, 13, belong to the Epic Cheer Allstars, told news.com.au that the squad was left heartbroken when their segment was axed at the last minute.

'They say they will reschedule, but I don't think that will happen,' he said.

'I understand that Chris is the golden ticket for ratings, but I think most families that watch Today would have loved watching the athletes show off their sport.'

The heartbroken parent said his daughters were looking forward to showcasing their skills on screen, as they'd been unable to compete all year due to COVID-19 restrictions.

Mr Graham reportedly also shared an impassioned Facebook post on Saturday, complaining that Today 'dumped' the cheerleaders after getting a 'better offer' from Chris.

'Way to go kicking small town sports in the guts,' he added.

Channel Nine declined to comment when approached by Daily Mail Australia in relation to this story. 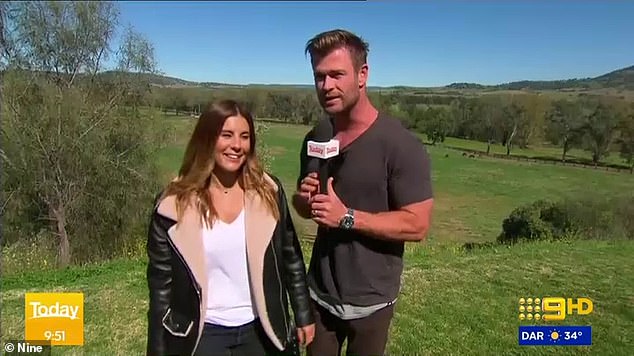 'Get your brollies out I reckon!' The Weekend Today team were shocked when the Thor actor, 37, suddenly appeared on-screen read the weather during a segment filmed in Scone, New

PREV Coleen Rooney 'wants access to Rebekah Vardy's email, phone records and texts'
NEXT Alesha Dixon believes having BGT forced off the air could 'work in the favour' ...