Brian Austin Green may be grappling with relationship emotions as he shared a photo to Instagram on Sunday.

The Beverly Hills 90210 actor was seen grabbing his morning coffee at Starbucks in Malibu before posting a photo to social media with a contemplative Tupac quote following his split from ex Megan Fox, 34.

Staring deeply into the camera with a smirk, the actor captioned the photo, 'Just because you lost me as a friend doesn't mean you gained me as an enemy. I am bigger than that. I still wanna see u eat, just not at my table.' 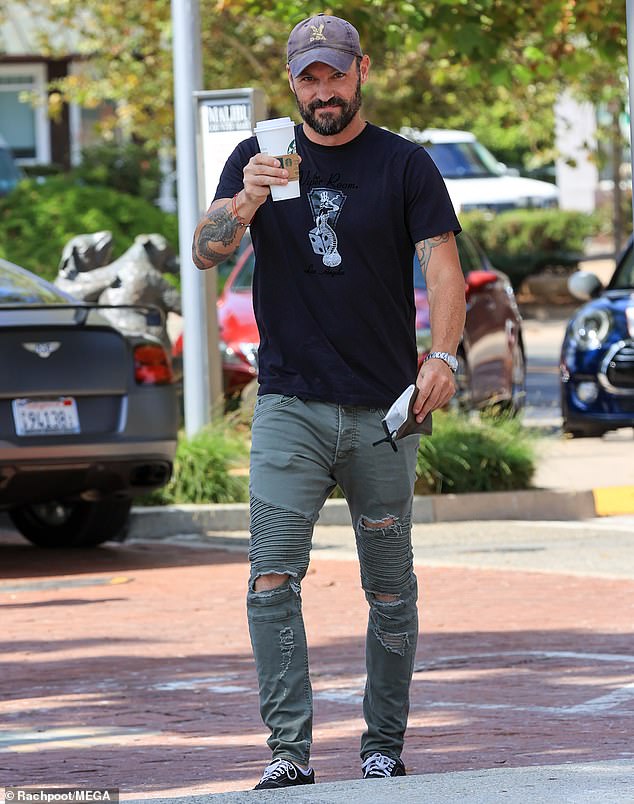 The actor cut a casual figure for his outing in ripped jeans and a black graphic t-shirt.

Pairing the look with black Vans and a baseball cap, Green, 47, was seen with his face mask in hand as he held his coffee to the camera.

The caption insinuates that he is trying to work past any bad blood that may be present amid his split with Megan, who has since moved on with rapper Machine Gun Kelly.

Yesterday, Green's ex-fiancee 90210 co-star Vanessa Marcil, 51, also took to social media yesterday to give her point of view on the situation, even speaking out in favor of Megan. 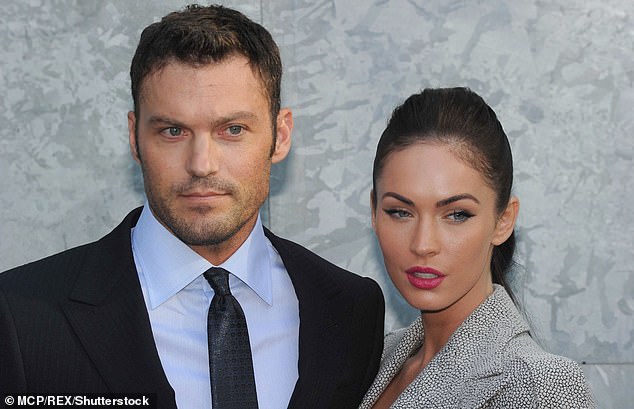 Young love: Despite a 13-year age difference Megan fell for Brian immediately when they met on the set of Hope and Faith in 2004

Brian and Megan have had a rocky relationship over the years with a lot of ups and downs over the course of their 14-year romance.

The pair first got together in 2004 after meeting on the set of Hope and Faith. They immediately started dating and tied the knot in 2010.

They then separated in 2015 with Fox filing for divorce. Eight months later she announced her third pregnancy and confirmed it was Green's child as the couple got back together in the summer of 2016. 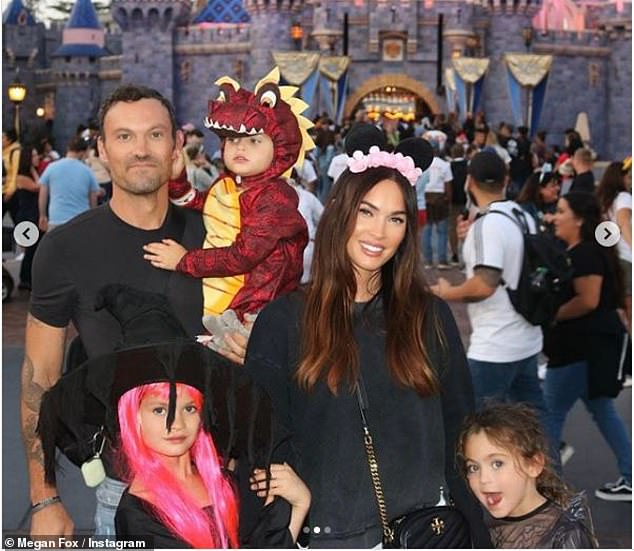 In April 2019, Fox filed to dismiss her 2015 divorce case against Green. A year later the two were rumored to be living separately with Megan confirming that she had filed for divorce.

Brian and ex-fiancee Vanessa were partnered up until 2003. A bitter 12 year court battle ensued in 2006 as the former pair had a custody fight over their now 18-year-old son Kassius.

Things got ugly when Brian then sued Vanessa in 2012 claiming he had 'lent her' $200K that she had never paid back but the case was eventually thrown out as the statute of limitation expired. 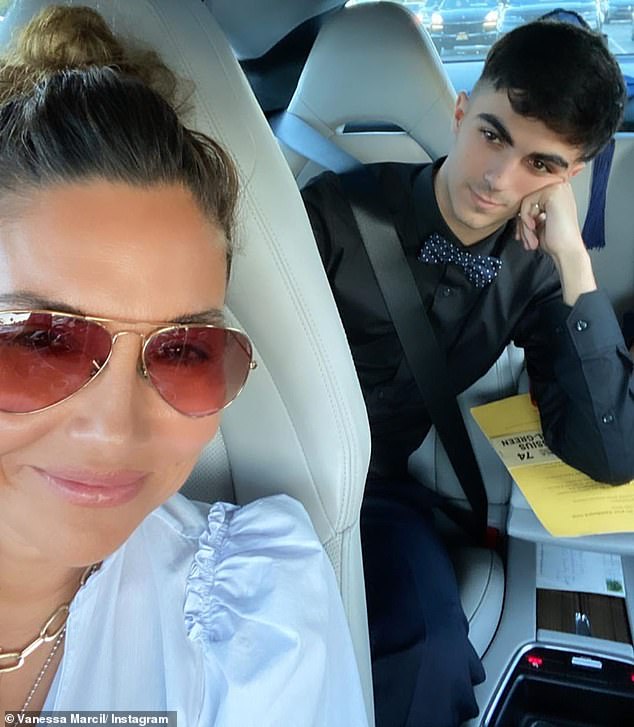 PREV Mel Gibson looks rugged as he and girlfriend Rosalind Ross pick up groceries ...
NEXT Alesha Dixon believes having BGT forced off the air could 'work in the favour' ...