He recently signed on to executive produce a gritty drama reboot of his series The Fresh Prince Of Bel Air.

But Will Smith only had eyes for the original series on Sunday when he shared a photo of himself and his old pal DJ Jazzy Jeff in front of the Bel Air mansion that was featured weekly on the TV show that made him a household name.

The 51-year-old actor was celebrating a partnership with the luxurious mansion's owners to rent off a wing of the home on Airbnb for an astoundingly cheap $30 per night to celebrate the show's 30th anniversary. 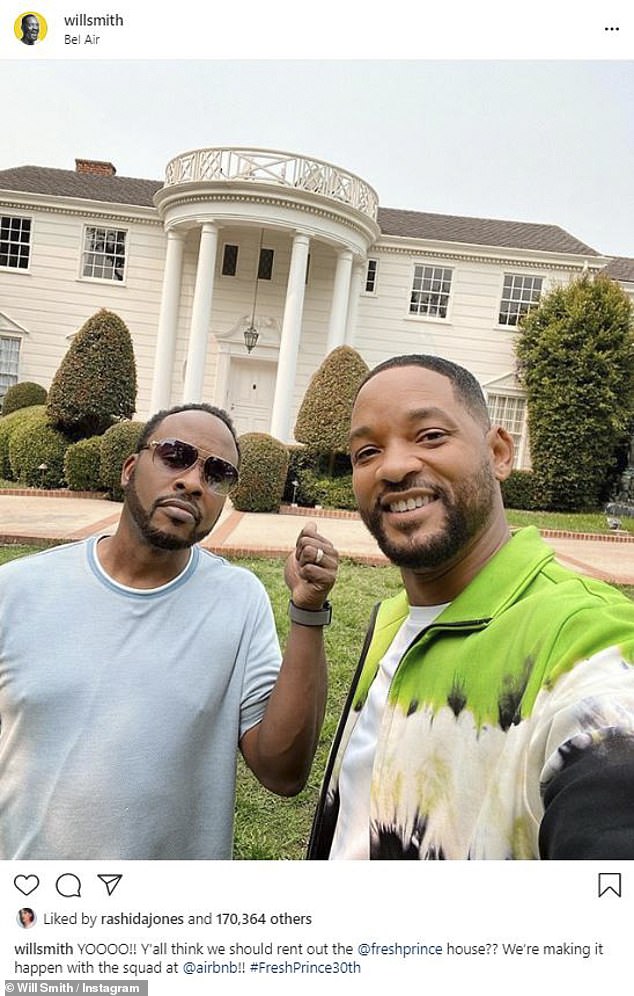 Nostalgia: Will Smith, 51, shared a selfie of himself and DJ Jazzy Jeff on Sunday as they stood in front of the Fresh Prince Of Bel Air mansion. The actor has partnered with Airbnb to put it on the market for five nights

Will's Instagram selfie showed himself beaming in a green white and black tie-dye jacket over a white shirt, while Jeff wore gray–blue shirt with the sleeves rolled up and gestured toward the mansion.

'YOOOO!! Y’all think we should rent out the @freshprince house?? We’re making it happen with the squad at @airbnb!!' he wrote, adding, '#FreshPrince30th.'

Although the mansion was advertised as being in the tony neighborhood of Bel Air, the real-life location is located in the similarly upscale LA neighborhood Brentwood.

The mansion was used on the series for exterior shooting, but the interiors were all filmed on a stage. 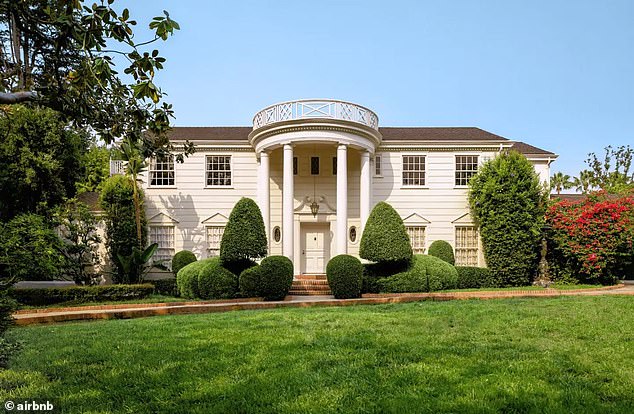 New digs: 'YOOOO!! Y’all think we should rent out the @freshprince house?? We’re making it happen with the squad at @airbnb!!' he wrote, adding, '#FreshPrince30th' 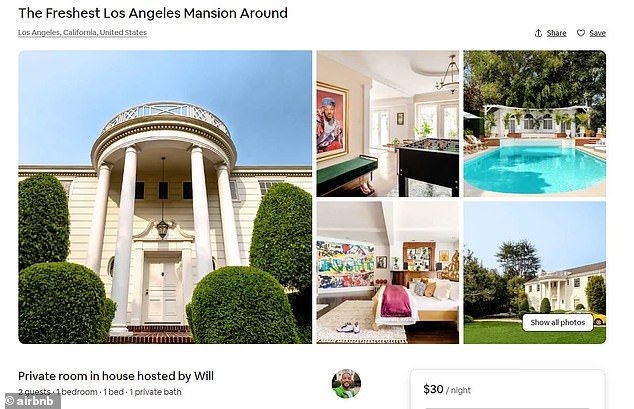 Helping out: Will doesn't own the mansion, but he's partnering with the owners to put a wing of the home on Airbnb for five nights in October at only $30 per night to mark the show's 30th anniversary 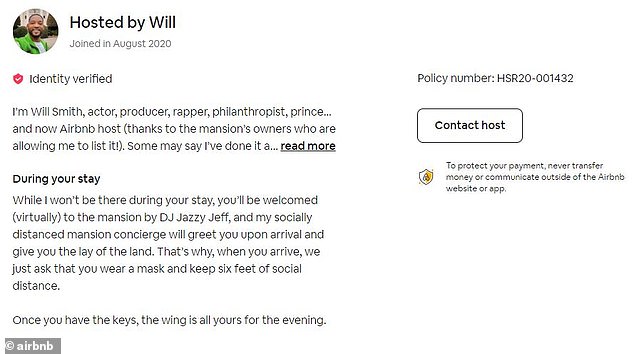 Decked out: Although Will and his costar didn't film inside the actual mansion, it has since been decorated as if his character live there 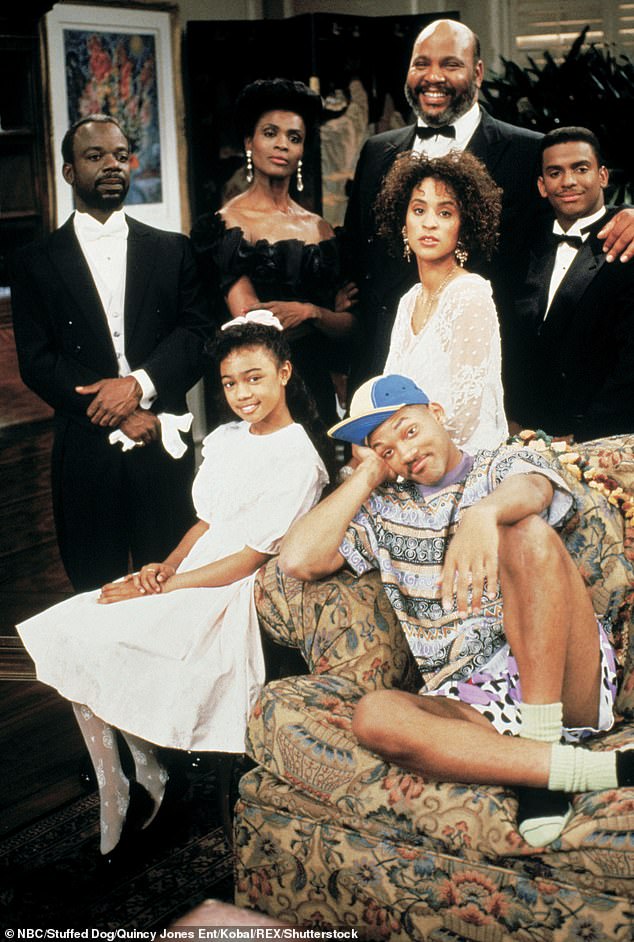 Big break: Will starred on the NBC comedy series for six seasons from 1990 to 1996; pictured with the cast of The Fresh Prince Of Bel Air

Will is partnering with the Airbnb and the mansion's owners to open up a portion of the home for a limited number of nights.

Though he doesn't own the home, he's listed as the host on Airbnb.

'Ready for the freshest staycation ever?' he wrote. 'If this place looks familiar that’s because it’s just as fly as it was when I first rolled up the driveway. I’m back. And this time, I’m handing you the keys so you’ll have my wing of the mansion all to yourself — but my sneaker collection is off limits, aight?'

Although Will and his costar didn't film inside the actual mansion, it has since been decorated as if his character live there, with an opulent bedroom film with graffiti art, memorabilia and a hat and sneaker collection display.

Despite all the expensive decorations, Will's Airbnb ad says guests can lace up 'a fresh pair of Jordans before shooting some b-ball in the bedroom.' 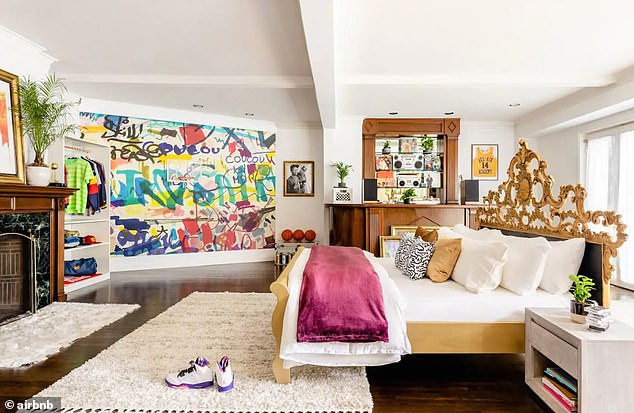 Classic taste: Will's room is decorated with graffiti art and features memorabilia from the show 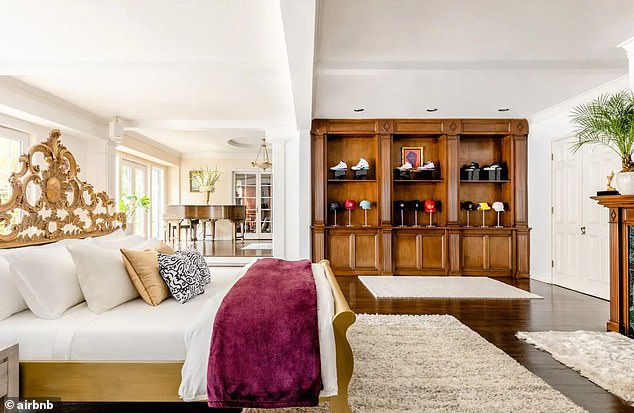 Special treat: One corner of the bedroom includes part of Will's hat and sneaker collection 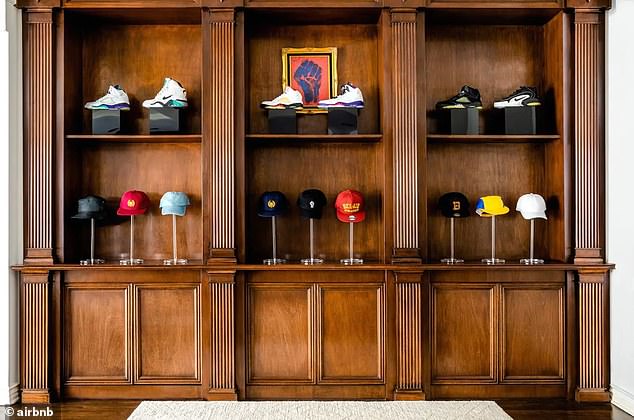 Risky business: Despite all the

PREV Awkward reunion between Deb Knight and Karl Stefanovic as they co-host Nine's ...
NEXT Alesha Dixon believes having BGT forced off the air could 'work in the favour' ...