They've been dating since July and before Katie Price broke both of her feet in a freak accident while on holiday in Turkey.

But she and boyfriend Carl Woods, 31, don't seem to be letting that get them down too much as they enjoyed a PDA-filled trip to Alton Towers on Sunday.

The couple treated themselves to a bag of 40 doughnuts while there and they could be seen sharing one, both placing it in their mouths at the same time. 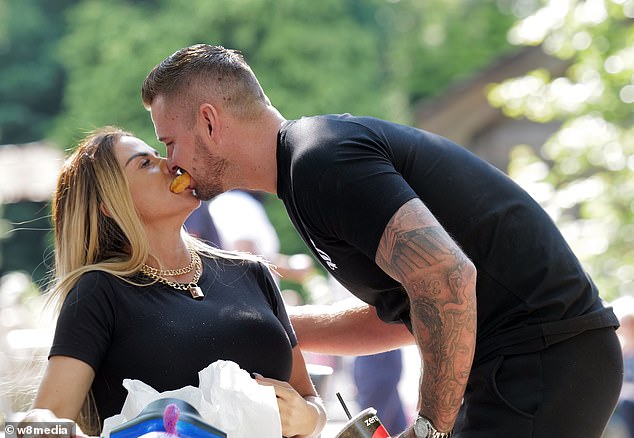 Could have just bought two: Katie Price and Carl Woods shared a doughnut between their mouths during a PDA-filled trip to Alton Towers on Sunday 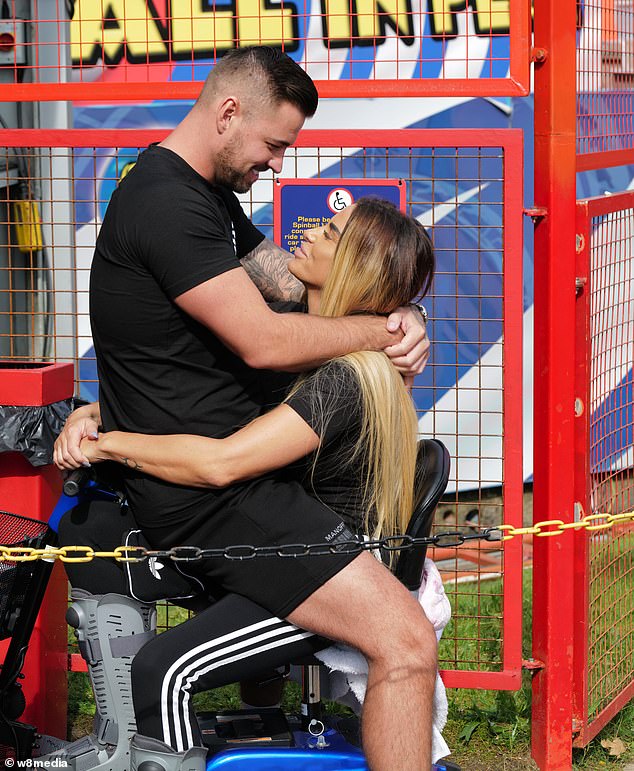 Riding high: After that, Carl took a breather as he mounted Katie on her mobility scooter - she recently broke both her feet after jumping off a wall in Turkey

Then Carl mounted Katie, 42, on top of her mobility scooter, which she has been using to get around, following her recent operation on both feet.

The pair were at the theme park to celebrate the opening weekend of Oktoberfest and Katie had three of her five children with her.

Princess, 13, brought along a friend and Bunny, five, and Jett. six, were also present.

PREV TOWIE's Chloe Brockett slams bullying claims as she praises ITV's aftercare
NEXT Alesha Dixon believes having BGT forced off the air could 'work in the favour' ...