He gained a massive fanbase with a starring role in HBO's hit series, Lovecraft Country.

And Jonathan Majors is set to take his talents to a new world as he joins the Marvel Cinematic Universe, according to Deadline.

The 31-year-old actor is rumored to portray the super-villain Kang the Conqueror in the third installment of Ant-Man. 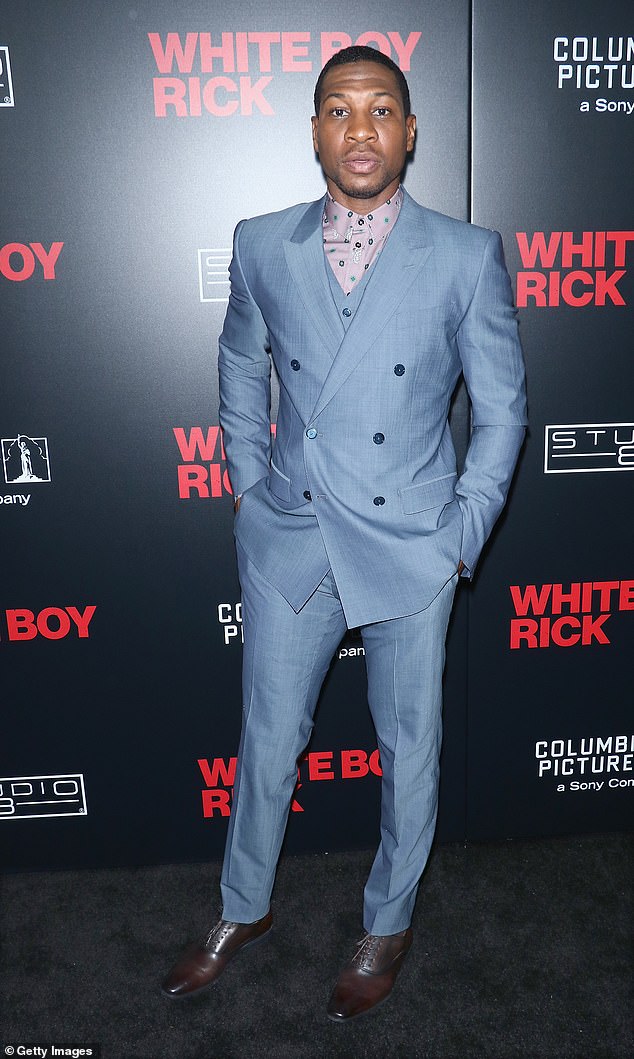 Congrats! Jonathan Majors is set to take his talents to a new world as he joins the Marvel Cinematic Universe, according to Deadline; seen in 2019

While the studio has yet to confirm, the site reported that Majors will likely 'be one of the main villains in the next installment in the franchise.'

Kang was originally born in the 30th century of Earth-6311 as Nathaniel Richards and is known in the MCU for his time-traveling capabilities, which makes the character an easy fit for the Ant-Man genre.

The Ant-Man franchise garnered more than $500million after its first debut in July 2015, with stars Paul Rudd, Michael Douglas and