She's no stranger to turning heads, whether it's on-screen or at high-profile events.

And Jemma Lucy caught the eye once again as she enjoyed a night out with her sister Lulu in Soho, central London, on Monday.

The former Ex On The Beach star, 32, accentuated her figure in sporty co-ords, which featured a busty white crop top and matching cycling shorts. 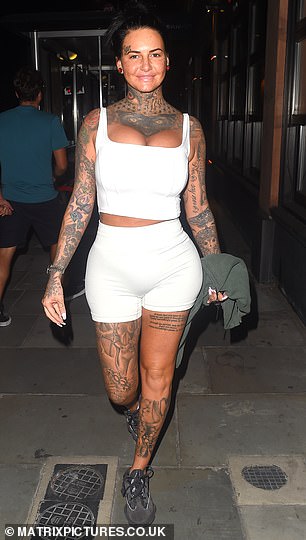 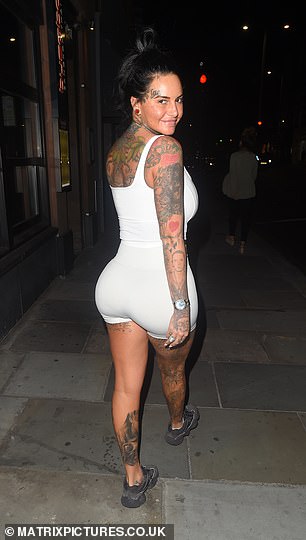 In her element: Jemma Lucy caught the eye once again as she enjoyed a night out with her sister Lulu in Soho, central London, on Monday

Opting for comfort when it came to her footwear, the media personality dressed down in black trainers.

The mother-of-one's black tresses were swept into a high bun, while she let her skin breathe by opting for minimal make-up.

Jemma appeared in great spirits as she held hands with her sibling, who cut a chic figure in a khaki green blouse and black leggings. 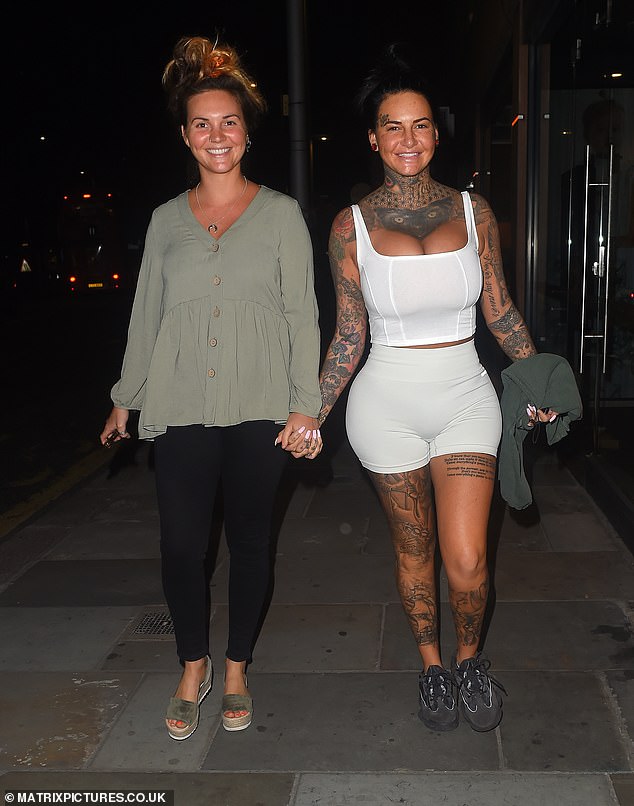