Binky Felstead has revealed more details about her surprise proposal.

The Made In Chelsea star, 30, announced that she was engaged to Max Darnton, 31, on Sunday after 19 months of dating.

Having popped the question on Friday, the couple kept the news quiet for the weekend, during which time they threw an intimate engagement party and returned to the not-so romantic scene of their first kiss. 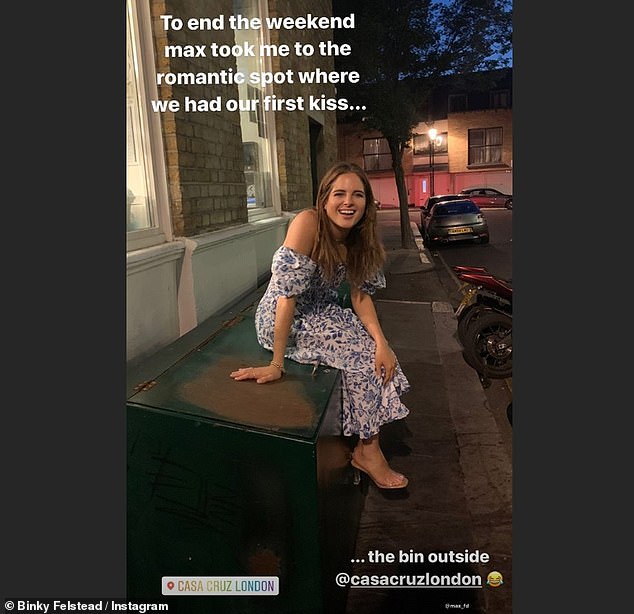 Pucker up: Binky Felstead has revealed more details about her surprise proposal, including the news that they returned to the not-so romantic scene of their first kiss

Taking to her Stories, Binky shared a picture of herself sitting on top of the bins outside Casa Cruz restaurant in Notting Hill where they had their first date.

She captioned the snap: 'To end the weekend Max took me to the romantic spot where we had our first kiss... the bin outside @casacruzlondon'.

The mother-of-one went on to reveal more details about her stunning diamond engagement ring, explaining it had been designed especially for her.

Alongside a shot of the whopping rock, she penned: 'Loads of you asking about my ring... Pretty great my friends a jewlery designer & Max helped design the most beautiful ring I've ever seen [sic]. You're the best @Philppa_Herbert'. 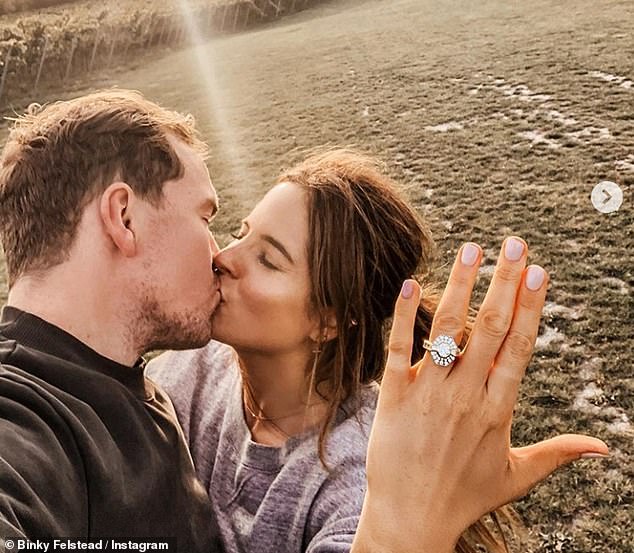 Incredible news: The Made In Chelsea star revealed on Sunday that beau Max Darnton had proposed to her on Friday after a 19 month romance 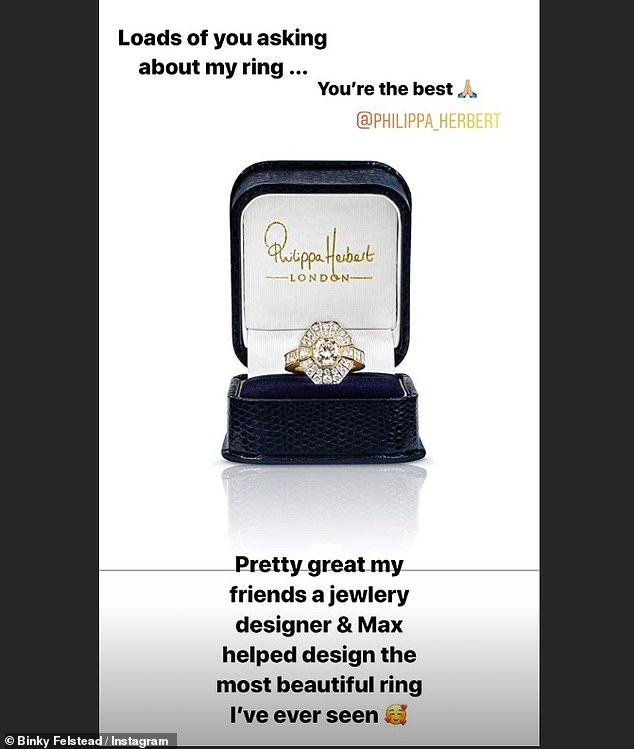 Dazzling: The mother-of-one went on to reveal more details about her stunning diamond

PREV Lisa Armstrong gives away Ant McPartlin's possessions
NEXT Alesha Dixon believes having BGT forced off the air could 'work in the favour' ...