Instagram followers were given an unexpected treat on Monday evening as Ashley Roberts celebrated her 39th birthday by sharing a racy new bikini snap.

The Pussycat Doll showed off her incredible physique in a matching two-piece while posing for the playful image, which she later posted on the picture messaging site.

With an old fashioned phone receiver pressed to one ear, Ashley stands in front of a garishly decorated wall as she stares into the camera lens. 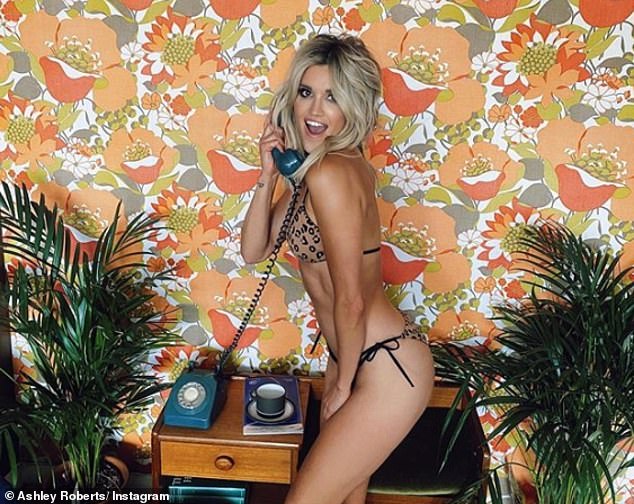 Here we go: Instagram followers were given an unexpected treat on Monday evening as Ashley Roberts celebrated her 39th birthday by sharing a racy new bikini snap

Referencing her birthday and Britain's unseasonably warm September weather in an accompanying caption, she wrote: 'Ring Ring: Alexa says it’s 30 degrees and my birthday hunni’s. Thank you for all your lovely messages!!!'

It's my birthday: The Pussycat Doll acknowledged her special day in an accompanying caption 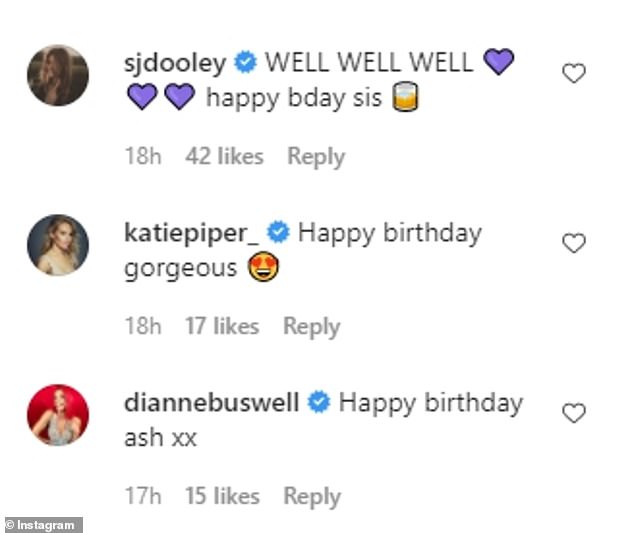 Congratulations: Stacey Dooley, Katie Piper and Dianne Buswell were among the first people to offer their best wishes

PREV Ashley Roberts steps out in pretty flowery dress to celebrate her 39th birthday ...
NEXT Alesha Dixon believes having BGT forced off the air could 'work in the favour' ...